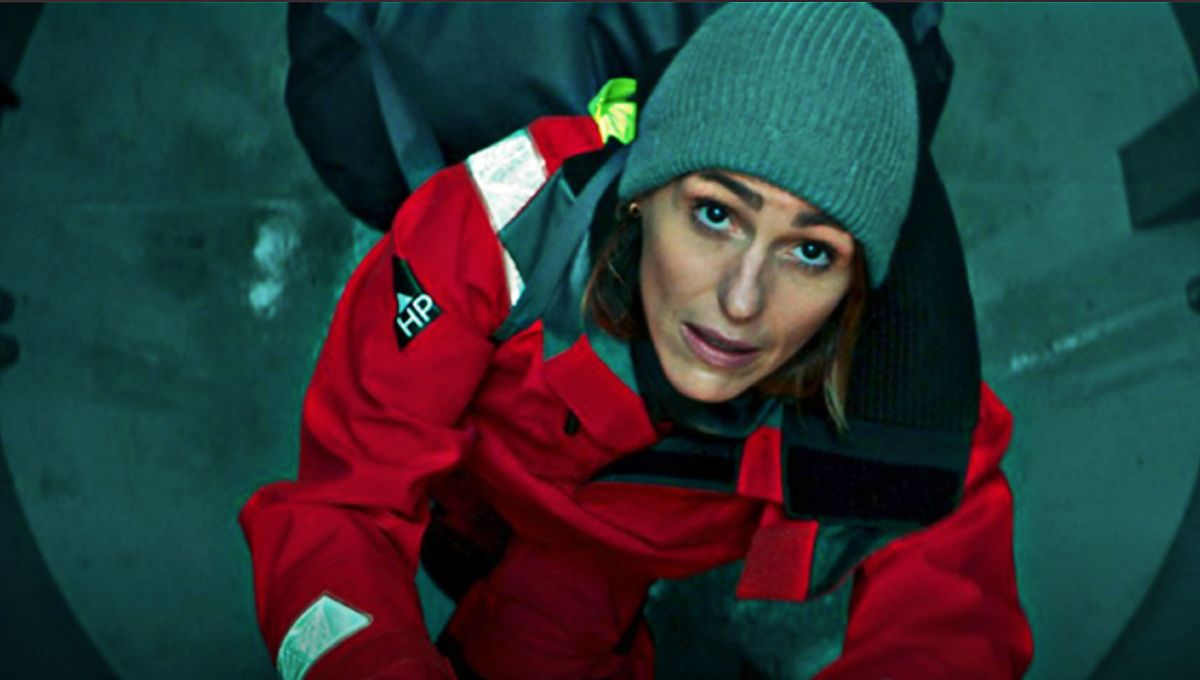 Home
Time out
Watch it
Vigil: It’s sink or swim

A death has occured on a nuclear submarine patrolling off the coast of Scotland and Detective Chief Inspector Amy Silva is airlifted in to investigate.

There’s just one problem, she’s claustrophobic after the a traumatic accident accident in which her partner drowned after their car plunged into a lake.

With no backup and tenuous authority aboard the boat, her investigations and those of her colleagues ashore, trigger conflict with the Royal Navy, British Security Service and even the Russians.

Vigil is a six-part television series and takes its name from the fictional nuclear-powered Vanguard-class ballistic missile submarine that is the centre of action.

It comes from the makers of LIne of Duty and viewers will recognise Martin Compston who plays Chief Petty Officer Craig Burke — a sonar operator.

Vigil was inspired by the UK’s Continuous At-Sea Deterrent (CASD) and the life of the submarine crews who patrol its waters.

The action gets underway when a fishing trawler snags a submerged object and is suddenly and inexplicably dragged backwards and under the water, killing everyone aboard.

Is the Vigil to blame? Was the dead crewman die from a heroin overdose or was he killed to keep him quiet? Afterall, he suggested emphatically that the sub should surface to search for survivors.

Like Line of Duty, the tension is slow to build, but you’d better hang on because it’s a helluva ride as the body count rises — both on shore and aboard the sub.

DCI Silva (Suranne Jones) is helicoptered out to a join the Vigil for three days which surfaces briefly to welcome her aboard.

She can receive but not transmit messages to colleagues, because a transmission would compromise the location of the sub which is part of Britain’s nuclear deterrent.

Back on land Detective Sergeant Kirsten Longacre (Rose Leslie) does battles red tape and anti-submarine protesters in the search for the truth.

The two are same sex partners off duty, but have separated after an argument.

Someone wants to stop DS Longacre from finding the truth, but who is it?

Back on the boat, Cockswain Elliot Glover (Shaun Evans) is assigned to show DCI Silva around the boat and help her with whatever is required.

But is his real role to keep her on a tight leash.

Captain Neil Newsome (Paterson Joseph) has just one priority — his mission — and nothing must be allowed to get in the way of it  . . . nothing!

She is one of five Coronation St actresses to have won a Best Actress Award at the British Soap Awards and is married to Laurence Akers since, with whom she has one child.

Rose Leslie is a Scottish actress who made her leading on screen debut was at age 21 in the television film New Town (2009).

She is famous for playing Ygritte in the HBO fantasy series Game of Thrones (2011).

Theme music “Fuel to Fire” is from the 2013 album Aventine by Danish singer, songwriter and musician Agnes Obel.

The dramatic destruction of the fictional trawler Mhairi Finnea in the series has been likened to the sinking of the FV Antares by Royal Navy’s nuclear-powered submarine HMS Trenchant in the Firth of Clyde in 1990.

Most people including yours truly have never been on a submarine and the producers have come under fire from those who apparently have because of its fanciful sets and action.

But it makes for gripping action and this is of course television, where anything is possible.

The producers have not revealed whether a second season is coming, but it’s unlikely to involve a submarine — that ship has sailed.

Vigil will have you coming back for more and can be seen on Binge or Foxtel NOW.

You’re claustrophobic, you’re stuck on a submarine and there’s a killer on the loose. How much worse can it get? Watch Vigil to find out.