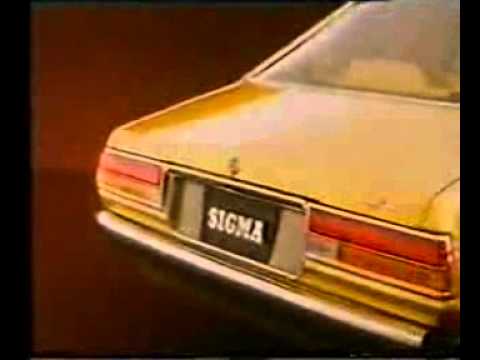 We had one of these, a five-speed manual with a big 2.6-litre Astron four cylinder engine.

It was kind of of a poop brown colour with matching velour upholstery.

The Sigma was an excellent car for it’s time, but the velour didn’t cope too well when the dog got diarrhoea, nor when our toddler projectile vomited on kilometre 59 of a 60km winding road.

Moist towelettes just aren’t equipped to deal with that level of yuk.

We were forced to drive around with all four windows open for the next few days.

The Chrysler Sigma was built by Chrysler Australia in Adelaide from 1977.

When Mitsubishi Motors Australia (MMAL) took over Chrysler’s manufacturing facilities in 1980, it became the Mitsubishi Sigma.

Can’t remember which version we had, but it was the top of the line SE.

The range was progressively discontinued and replaced by the Mitsubishi Magna, starting with the sedan in 1985 and the wagon in 1987.

A limited run of 1016 “Peter Wherrett” editions of the GLX were built, named after Australian motoring journo Peter Wherrett who was given the task of improving the handling of the car after complaining about it.

Even more desirable than the Wherrett special was the strictly limited Turbo version.