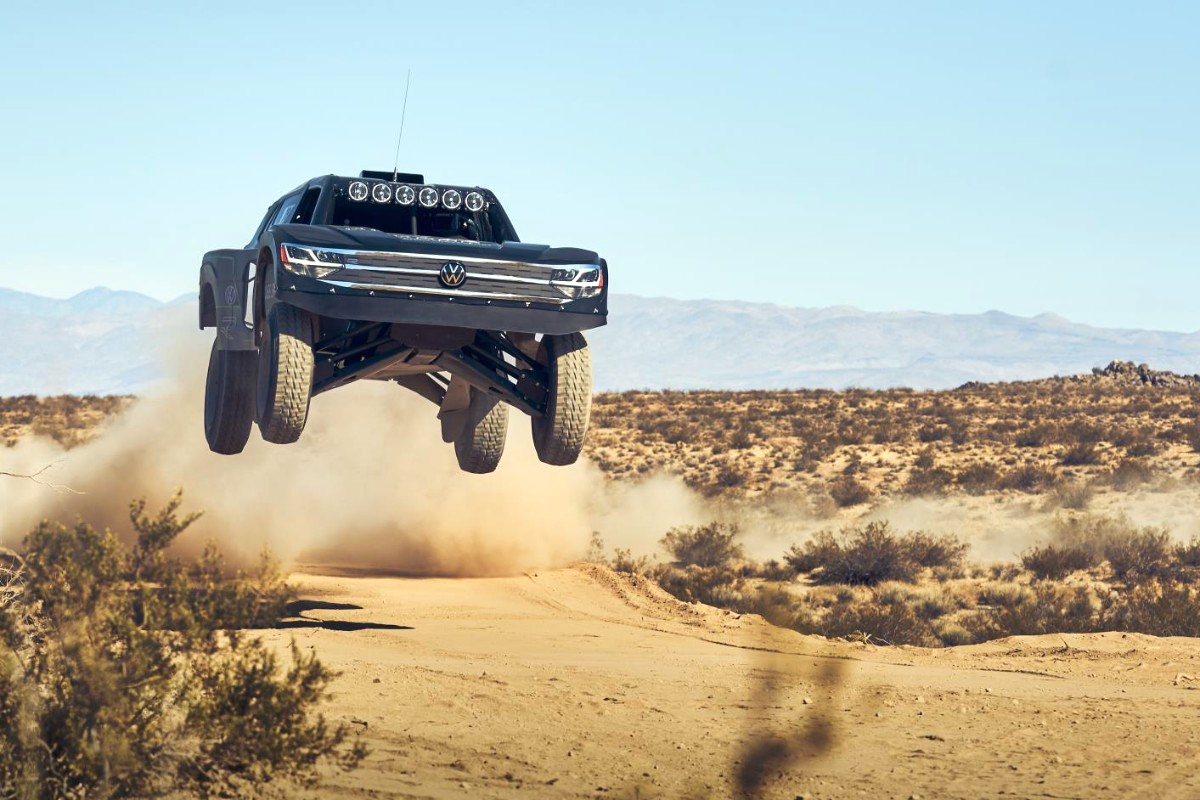 VeeDub shooting for next Baja with Atlas missile

Volkswagen is going to have a shot at the Baja off road event with a version of its Atlas Cross Sport R.

Unveiled at the LA Auto Show, the prototype race truck is the first look at the vehicle that will compete in the SCORE Baja 1000 next November.

Power will be distributed to the wheels from a 2.0-litre four-cylinder engine, first developed by Volkswagen Motorsport for use in its WRC and Rallycross programs.

Capable of running up to 450kW, the engine will be detuned to roughly 360kW for an optimised balance of performance and reliability.

Currently in concept form, the vehicle is being tested for further development and finalisation before the 2020 race.

Blasting through the desert in a high powered race car might not seem terribly environmentally friendly.

But Volkswagen is at pains to point out the Baja program will be fully carbon neutral thanks to a carbon offset initiative via The Conservation Fund.

This will plant more than 1000 trees, or one per mile raced.

“I know what this combination of engine and drivetrain is capable of,” he said.

“I’m really excited to see this bit of Beetle DNA live on in the Atlas Cross Sport R and am itching to get behind the wheel.”

Volkswagen will invite designers from schools and colleges nationwide to participate in the design of the Atlas Cross Sport R’s race livery.

Full details on the competition will be released in early 2020.