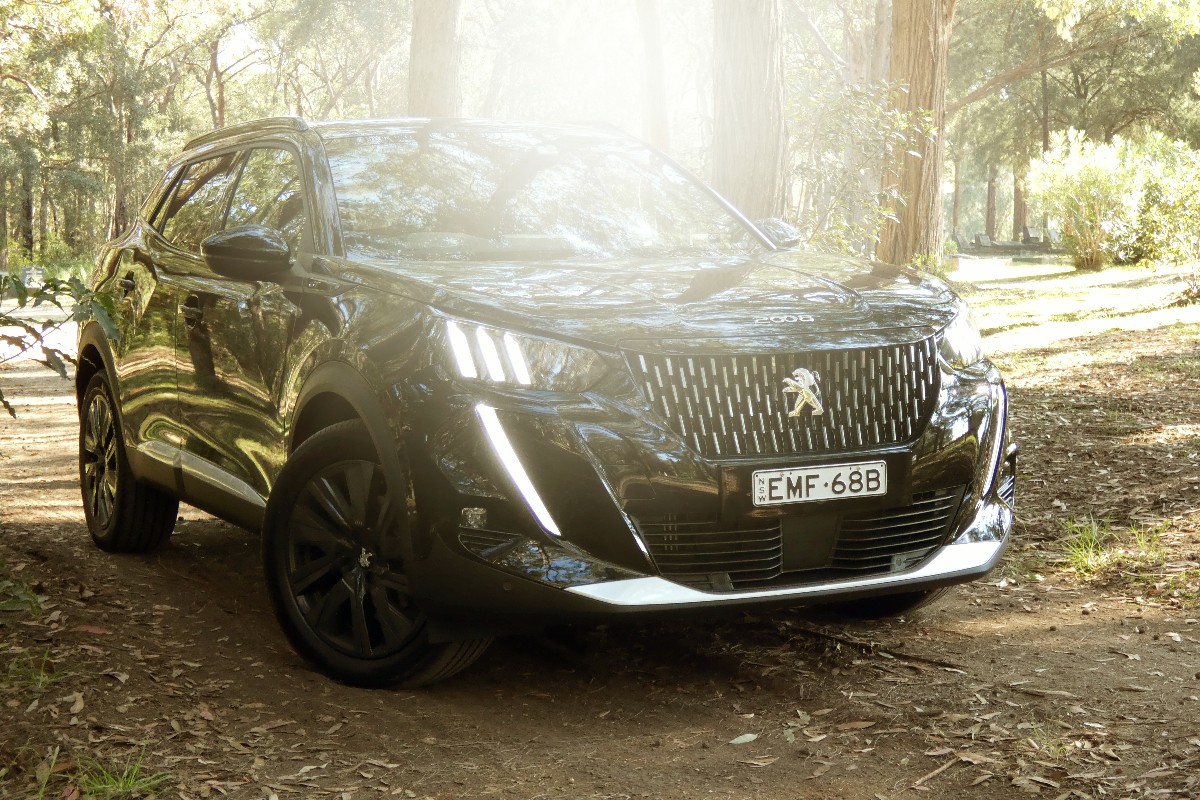 What do you say about a car that has morphed from this into this knockout?

Well done, for a start, because Peugeot has managed to take a mildly interesting little wagon and transform it into a must have fashion accessory — haute couture if you like.

At the same time, I keep hearing a little voice in my head, that one liner from a ’90s TV advertisement: “Son, tell ’em the price!”

And that leads me to putting a question that needs answering before we go any further.

What is it that you most prize in a car — its size or features?

In other words, would you pay the same figure for a smaller car if it is better equipped? 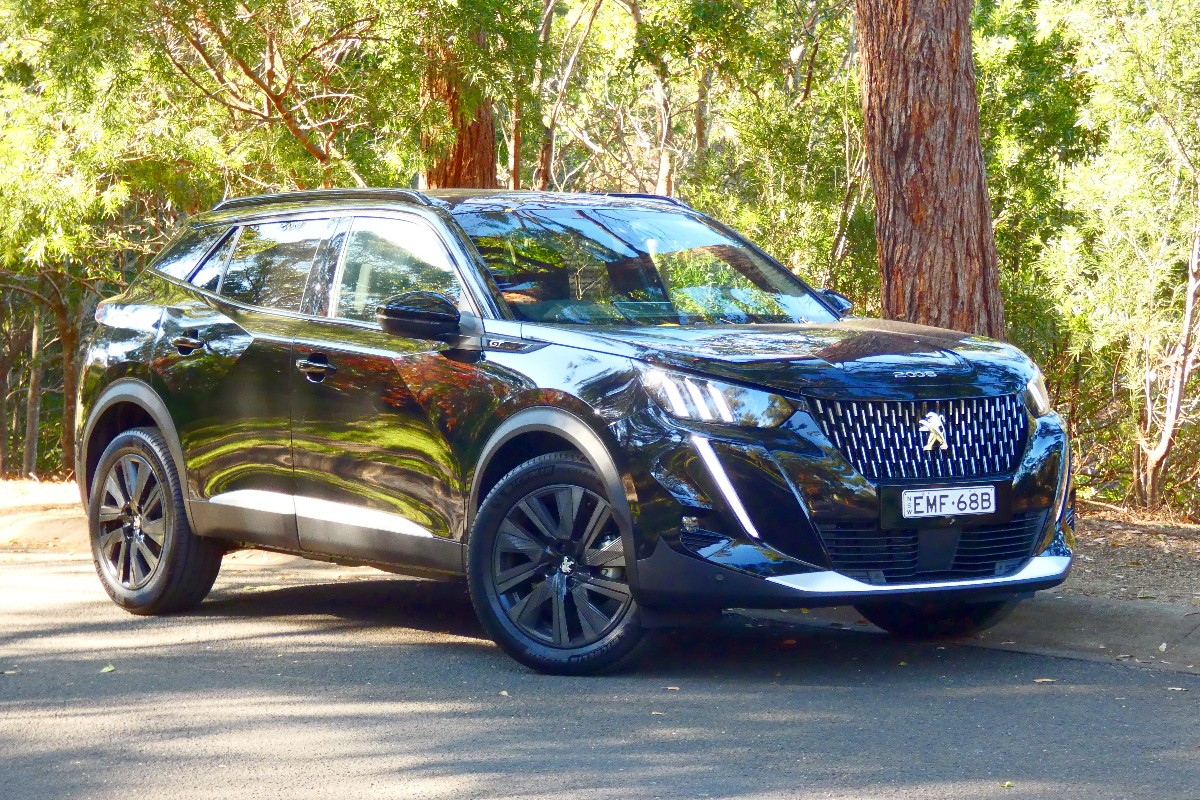 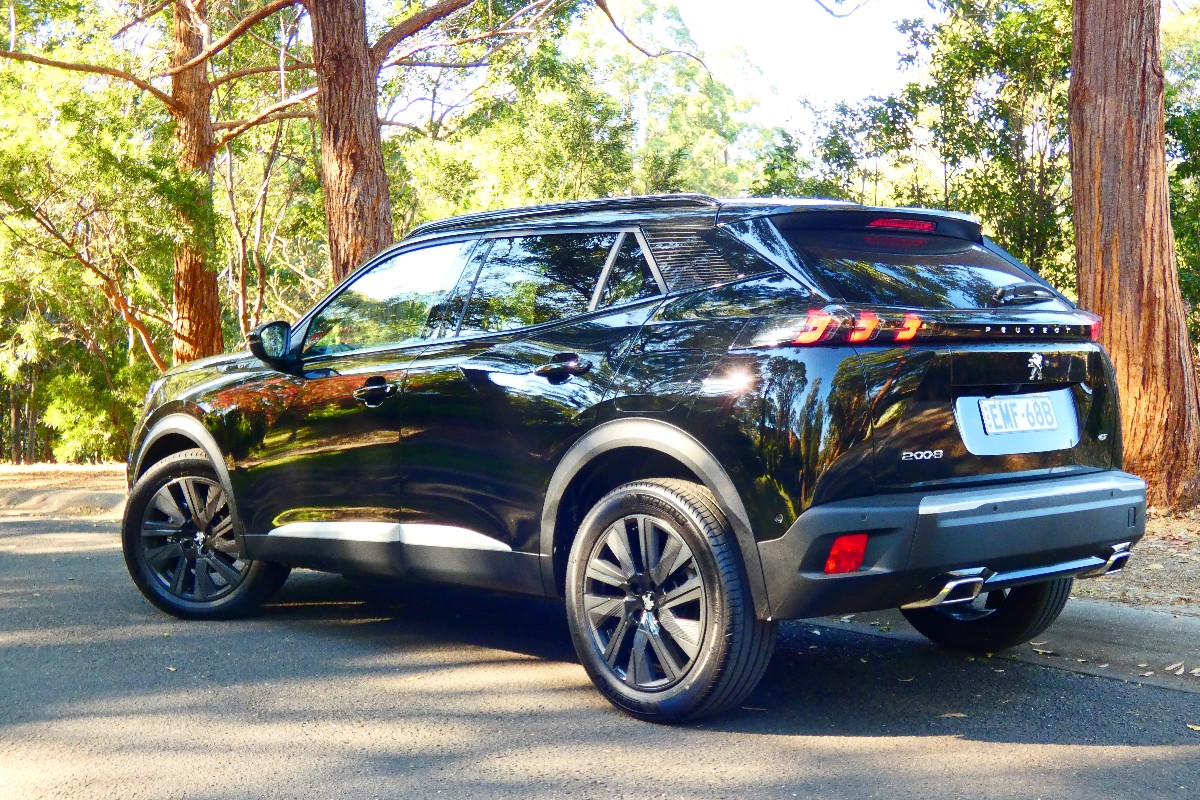 After years of scrimping and saving to match the Japanese and more recently the Koreans on price — Peugeot has had enough.

Enough, because new management that runs the company in this country can see no point in pursuing this failed strategy.

It will never be able to beat them at their own game — and why should it try anyway?

People don’t want a Peugeot that’s spec’d like a taxi.

They want something stylish. Something smart and sophisticated. Something worth putting in the driveway — and that’s exactly what the 2008 is.

You want one of these babies, then you will darn well have to pay for one!

The 2008 is an all new car with an award winning engine and a new 3D display that’s going to knock your socks off.

When you look into the instrument panel, a holographic overlay presents information in two layers, one in front of the other in 3D form — unlike anything you’ve seen before.

That’s just the start of the show, with climate air, pollen and charcoal filter, stitched Nappa leather trim and heated seats — with power adjust and massage for the driver — plus eight shades 0f ambient lighting to choose from.

Missing however is rear cross-traffic alert and rear auto braking, while the rear-view camera covers only 180 degrees. 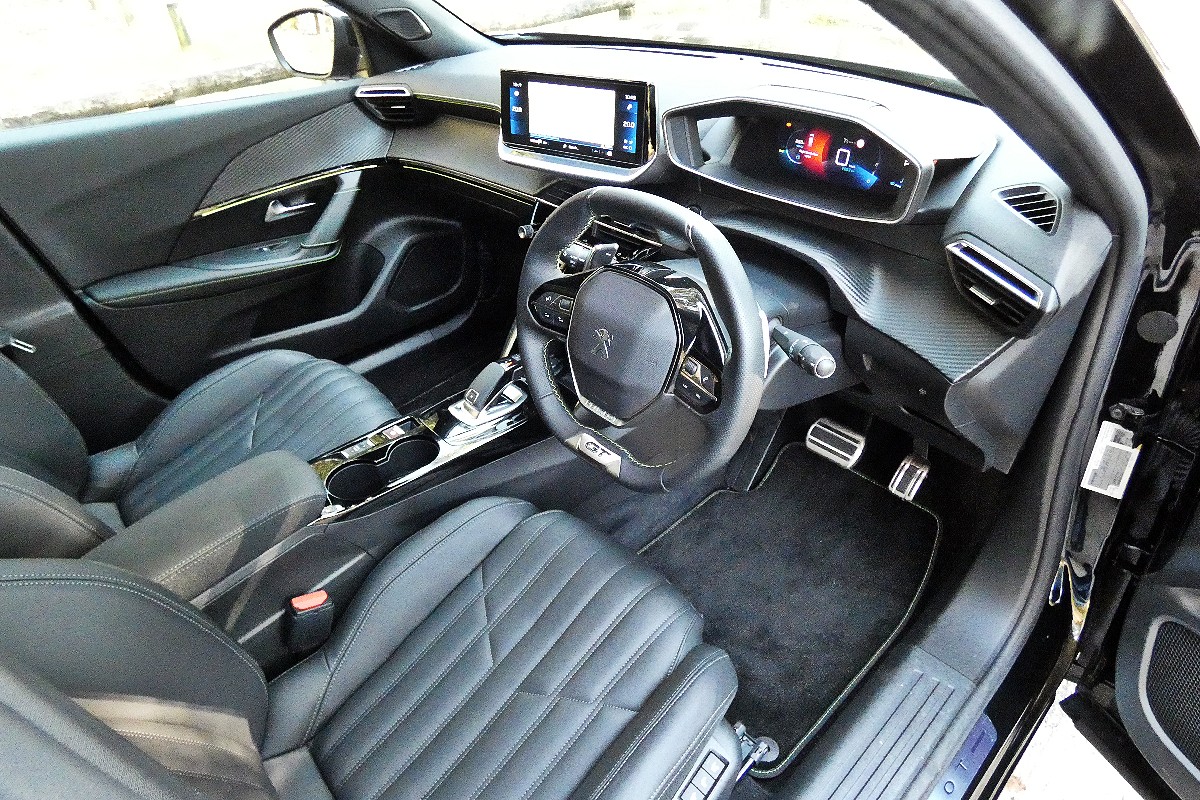 That’s 141mm longer 30mm wider than its predecessor, with a wheelbase that is 67mm longer.

2008 seats five, with decent amount of room for two adults in the back and a larger than expected boot that holds 434 litres with the back seat raised, and an impressive 1467 litres with the seats dropped.

Under the bonnet sits Peugeot’s latest PureTech 1.2-litre, turbocharged, three-cylinder petrol engine that is offered in two stages of tune.

In the GT Sport, it delivers 114kW of power and 240Nm of torque, the latter at 1750 revs and is paired with an 8-speed auto, with drive to the front wheels.

The Aisin transmission comes complete with large, steering column mounted gear change paddles and switches automatically to the park position when you pull up.

In terms of size, the 1.2-litre turbo may come across as a little underwhelming, but rest assured this thing kicks butt.

The front wheels will scrabble for traction on loose surfaces, an indicator of how much power the tiny three-pot is pumping out.

Throttle response is gratifying and, with a nice thrummy rasp, it sounds the part too, with a top speed of 213km/h and acceleration a claimed 8.7 seconds.

Suspension is pseudo MacPherson struts at front with a deformable crossmember at the rear, and it rides on 18-inch wheels with 215/55 Michelin Primacy 4 rubber, with a space saver in the boot.

The tiny steering wheel could be off-putting at first, but is integral to the dash setup which sees the instrument cluster placed above the wheel for better ‘head-up’ visibility.

Too big a wheel and it would be obscured. Unfortunately, it is also blocked by the wheel in its highest driving position (which is where we prefer it).

The steering however is nice and direct.

Ride quality is surprisingly good, but apt to deteriorate the further you push into the backlots of our far-flung countryside.

Any shortcomings can be laid at the feet of the size and weight of the car, with its small footprint which can generate a little axle hop in corners if you push too hard. 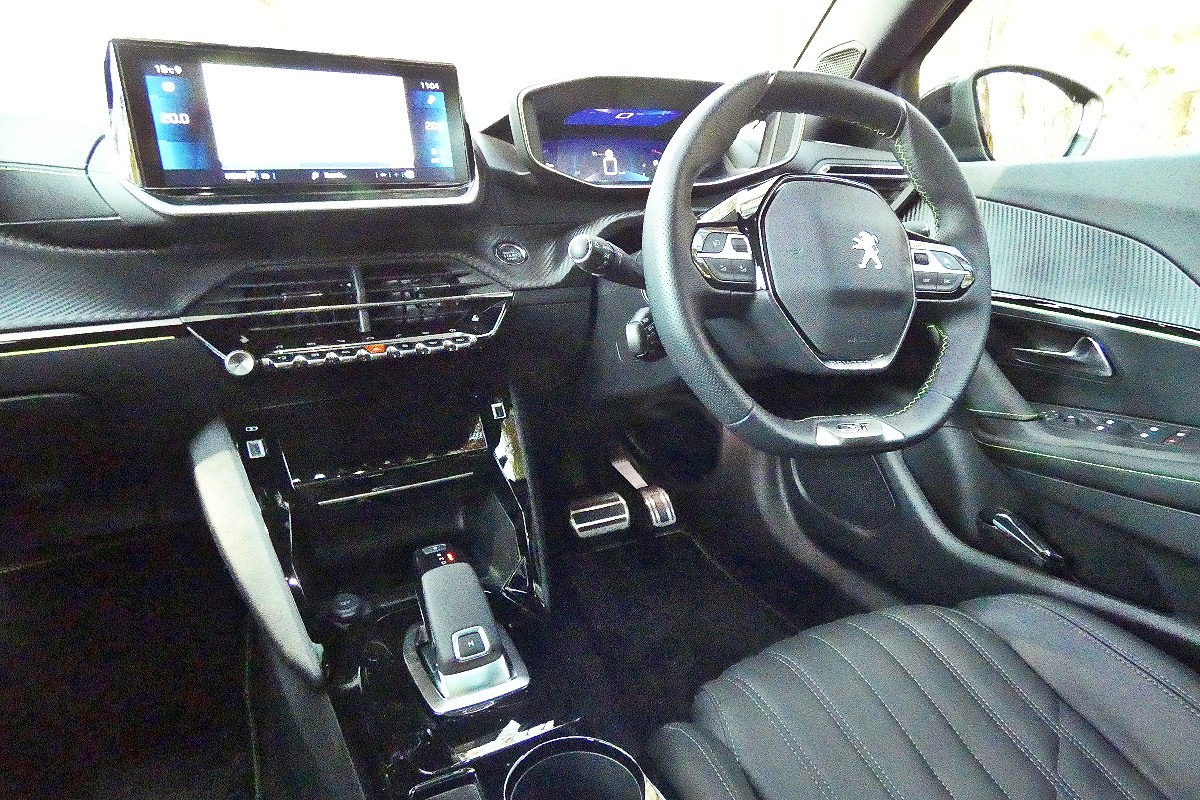 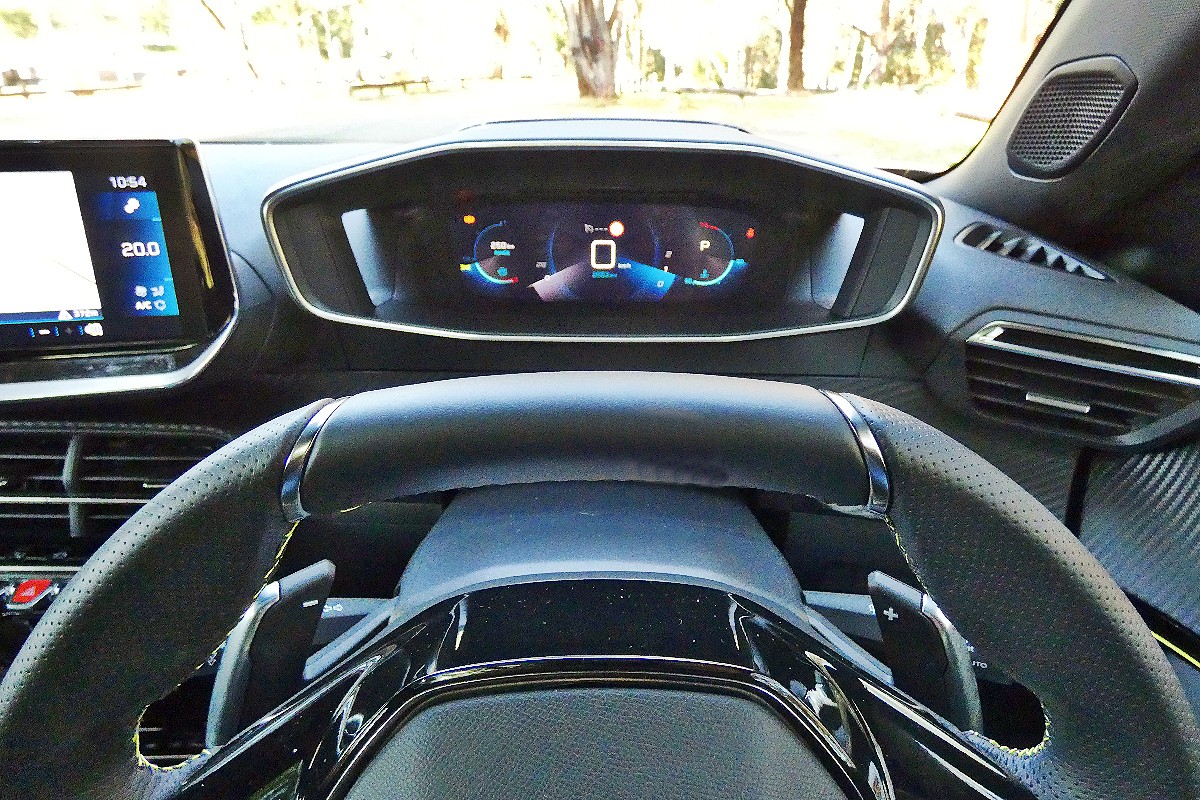 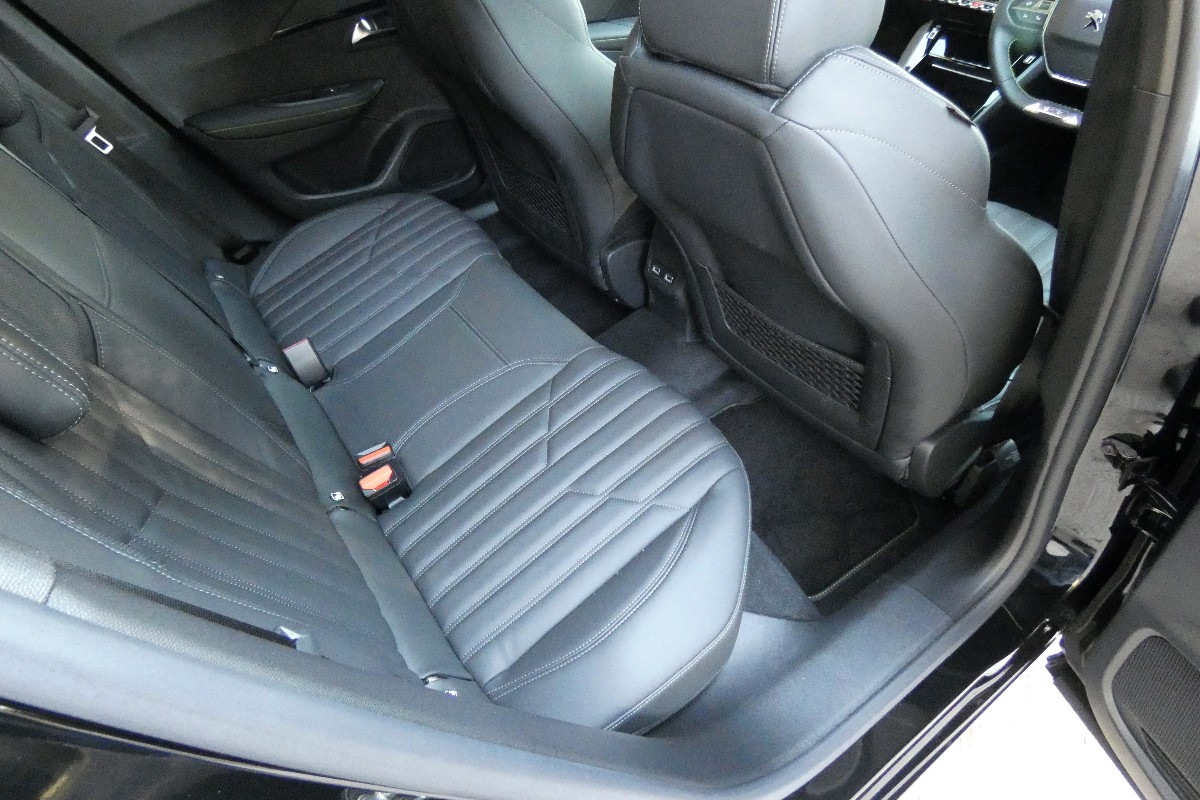 Like the little engine that could, the Peugeot 2008 has what it takes.

I know. I know. You’ve heard it all before. At the risk of sounding like an advertisement, if people can get past the size and seemingly the uncertainty about buying French cars.

Then they’d see the 2008 for what it is — a terrific, compact, city-focused, fully equipped SUV with all the style, performance and fuel economy that you could possibly need. 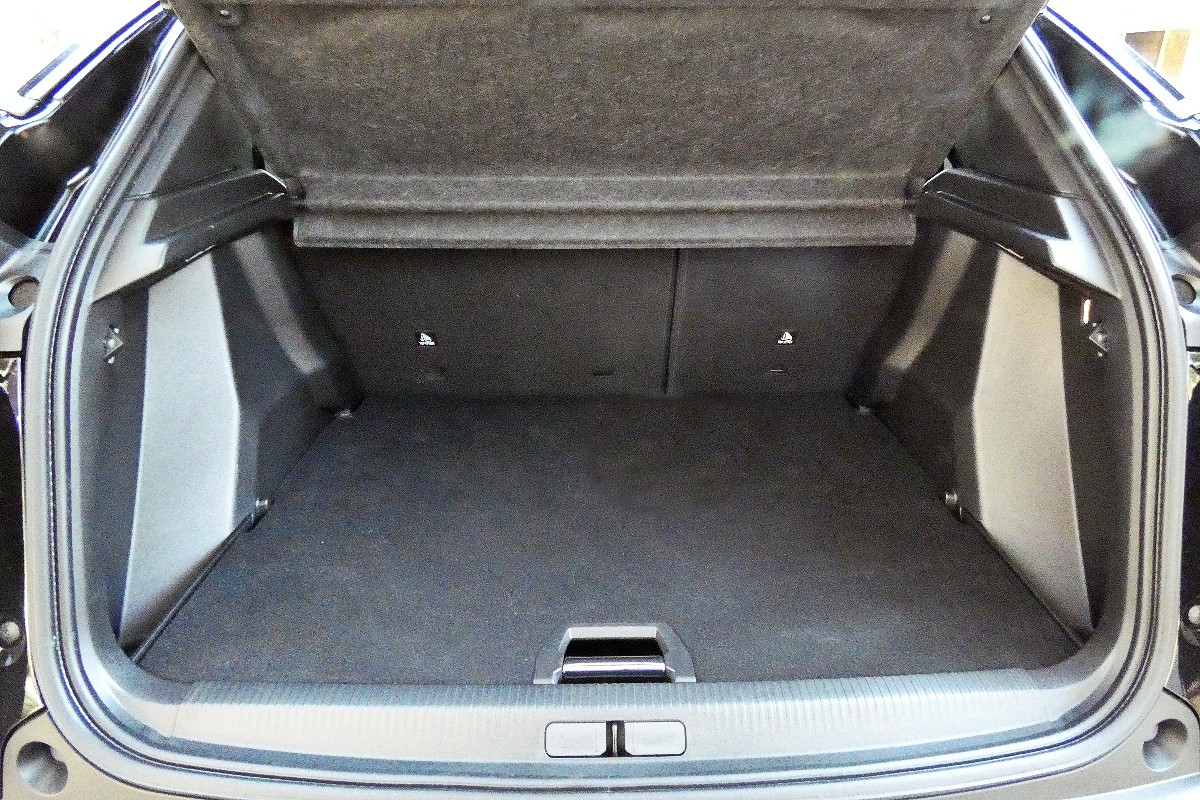 Check out deals on the Peugeot 2008