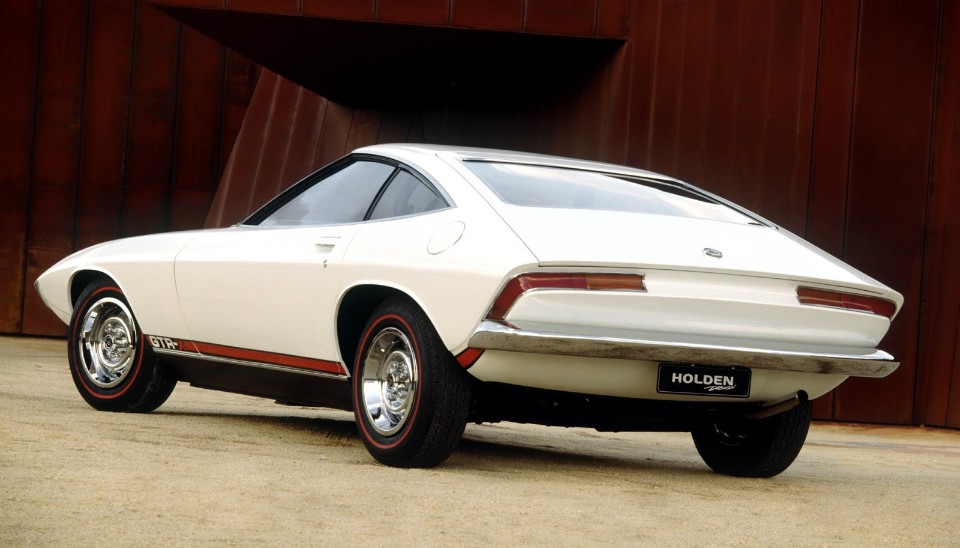 It is 50 years since Holden revealed one of its most iconic concept cars, the Torana GTR-X.

It followed the futurist Hurricane which had been unveiled the year before.

The Hurricane was never meant for production, being just an ideas car to showcase Holden’s technical and design prowess.

And for those objectives it succeeded.

The GTR-X, on the other hand, was a serious project meant for release in February, 1973.

An operable show car was built.

Media and public reaction was exceptionally positive and Holden’s executives were keen to capitalise on the excitement and demand generated by the show car.

In a secret report to GM’s President, Mr E.M (Pete) Estes, a Group Vice President of GM in Detroit, Holden’s management team emphasised that they wanted to launch the car as early as possible to fight off imports, especially the Datsun 240Z.

To keep costs low, the GTR-X used exiting Holden parts as much as possible.

Even though it had a 186 cubic inch six cylinder engine, the fibreglass bodied GTR-X was almost as fast as the Chevrolet Corvette, which boasted a V8 of almost double the capacity.

The GTR-X was one of three similar cars in development within the GM world at roughly the same time.

Opel had just released its GT in 1968, which was essentially a scaled down Chevrolet Corvette, with a one litre or optional 1.9 litre four cylinder engine.

At Vauxhall, they were working hard on an Opel GT look-a-like called the XVR. It never went into production.

The GTR-X project was cancelled when GM’s bean counters got cold feet about the lack of profit from the planned 1000-1500 annual sales projections.

There has always been a suspicion that Opel was not happy about the GTR-X, because they could see it was a natural successor/competitor to the GT, and may have had some influence on the cancellation decision.

Whatever the reason for the project’s demise, the significance of the GTR-X is that it represents, in sheet metal, the high level of design and engineering skills of those working at Holden at the time.

This was a time when the Australia car industry had a swaggering confidence about the future and an important place in our growing economy.

What the local car makers achieved, with so few resources, was as good as anywhere in the world.

The GTR-X is the visible evidence of that.