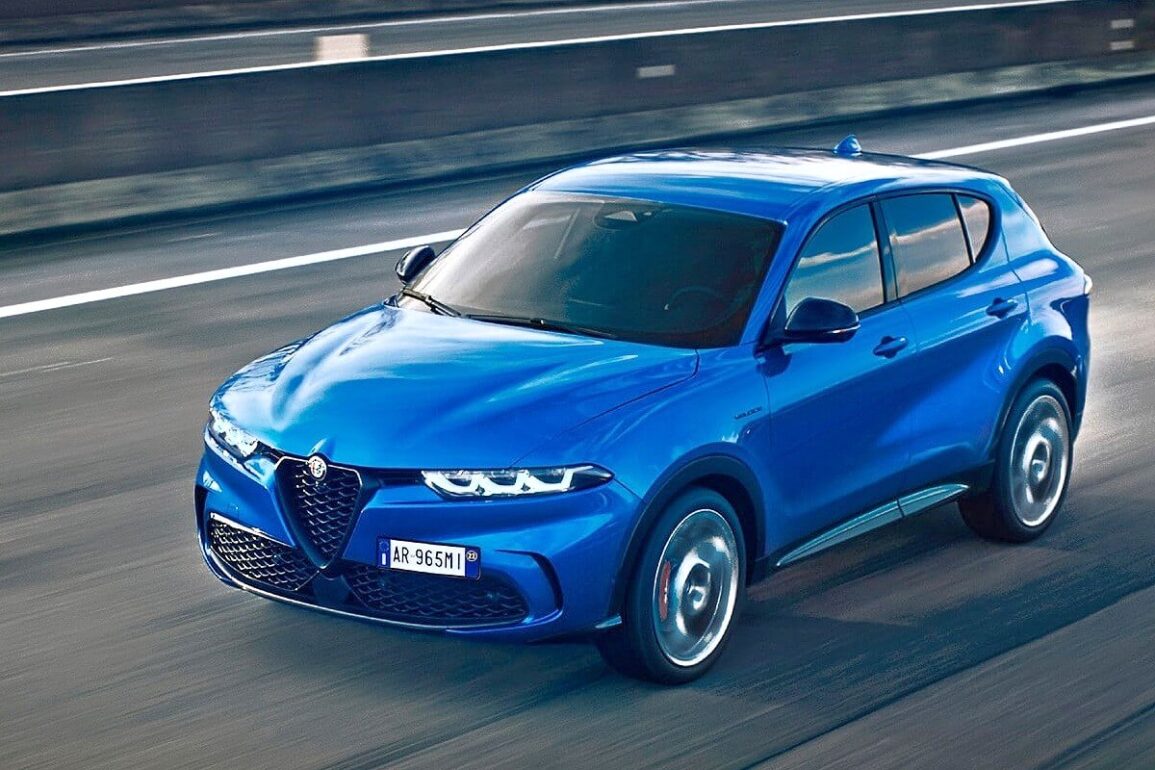 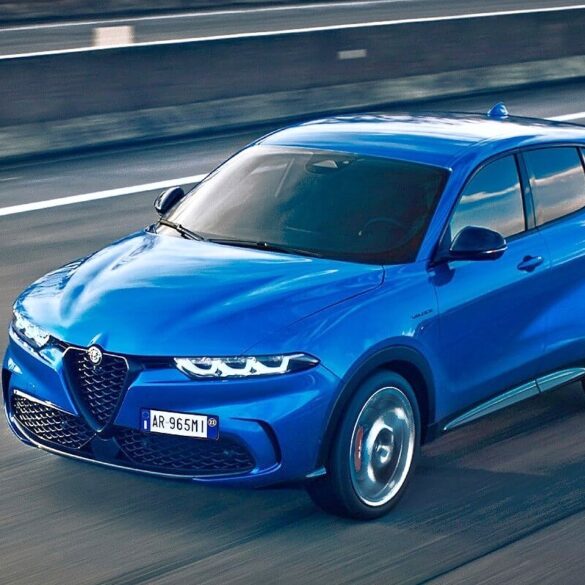 Alfa has taken the wraps off its first hybrid, an SUV named Tonale.

It’s expected here in the first half of next year, with prices and specification to be confirmed.

Available with turbo petrol and plug-in hybrid powertrains overseas, Australia will get just the one, ho-hum 117kW mild hybrid at this stage.

Like a Prius, you won’t have to plug it in.

Tonale is based on the concept show in 2019 at the Geneva Motor Show and named after the Tonale mountain pass in Northern Italy.

Triple LED headlights evocative of the Brera coupe that ceased production in 2010.

The SUV’s launch has apparently been delayed by component shortages and because Alfa management wanted better range and performance from its drivetrain.

To put this in perspective, Tonale is sits on the same platform and uses the same drivetrain as the Jeep Renegade, with a front mounted petrol engine and a rear-mounted electric motor.

That was the starting point anyway, because it has been tailored to Alfa’s needs.

Alfa of course is part of the Stellantis group which includes Fiat and Chrysler.

While Alfa says Tonale marks an entry point into the world of electrification, it remains true to its daring approach.

Electrification must serve the Brand and its DNA, with the mission of reinventing sportiness for the 21st century, it says.

Two trim levels will be offered: Super and Ti.

Super trim can can be customized with the Sprint pack, while the Ti  can be topped up with the Veloce pack, to reach the peak in terms of performance and sportiness.

Our version gets a 1.5-litre turbocharged four-cylinder petrol engine, boosted by a 48-volt mild-hybrid system, with drive to the front wheels through a seven-speed dual-clutch automatic transmission.

The electric motor provides a 15kW/55Nm boost when required, but the car can also operate in full electric mode for short distances.

Alfa Romeo has opted for this technical solution to offer an authentic electrified experience.

The transmission enables startup and travel in electric mode at low speeds and when parking and cruising.

No mention of fuel consumption figures in this configuration.