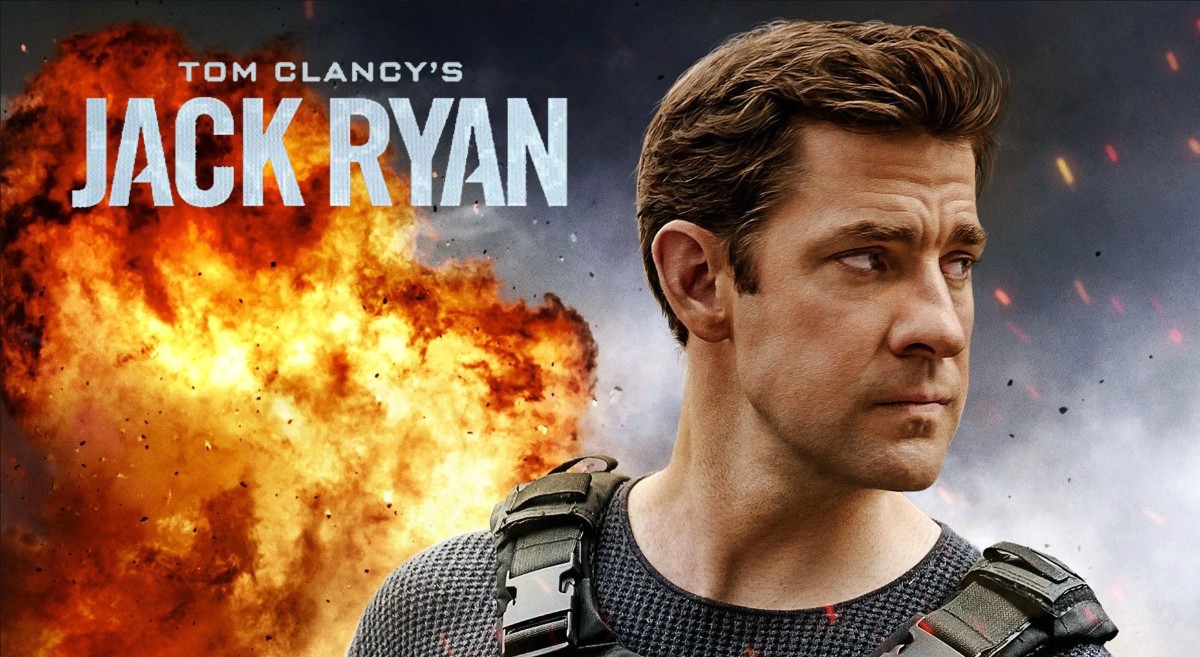 Tom Clancy’s Jack Ryan is back

It’s the name Tom Clancy gave to his CIA operative that first appeared in a series of books before making his way to the big screen.

Alec Baldwin starred as Ryan opposite Sean Connery in the sublime “The Hunt For Red October” (now available on 4K disc, by the way).

Subsequent films based on the books have seen Harrison Ford, Chris Pine, and Ben Affleck play the eponymous character.

Ryan is a former Marine, and was injured in a helicopter crash, curtailing his military service.

He has a stockbroking background and turns his attention to teaching history at the prestigious United States Naval Academy.

His stockbroking ability couples with his analytical mind as he joins the CIA as a field operative.

As a character, Clancy draws Ryan as a decent human being, with human frailties, a love for his family, his country, and his flag.

The character has now appeared in a made for streaming television series called, oddly enough — Jack Ryan.

It’s available on the Amazon Prime platform and currently there are two series of eight episodes each.

The first establishes the character, effectively making it an origin story.

It also establishes a second character, that of high ranking CIA officer James Greer, played by James Earl Jones in the films.

An intriguing note here; both the actors that play Ryan and Greer are better known for their work in comedy series.

John Krasinski found fame in the American version of “The Office” while Greer’s Wendell Pierce may be better recognised for his role in the tepid remake of “The Odd Couple”.

There’s an unusual gravitas in the way Krasinski portrays Ryan, and by no means is it a bad thing.

He’s an unusual looking man physically, with a face that suits his comedic role in The Office.

However, as Ryan, Krasinski brings considerable weight to the character and plays off the dour and not always likeable Greer character as an admirable foil.

Pierce has a naturally deep and gravelly tone, a perfect choice aurally for complementing what James Earl Jones brought to the films.

That name, if you’re thinking “where do I know that from?” is famous for one role that defined a generation.

The first series of Jack Ryan follows the development of his CIA role, his introduction to an initially unfriendly Greer, and brings in his analytical skills as they trace and track a terrorist that has chemical warfare access.

We’re introduced to the lady that would ultimately become his wife, played by Australian born Abbie Cornish.

There’s deception, misleading statements, intrigue, powerplays within powerplays, and a criminal that is almost, almost likeable.

Ali Suliman is Mousa bin Suleiman, a formerly nice chap who witnessed events that has turned him against the Western lifestyle.

It could be said that he’s an allegory for Osama bin Laden.

Suleiman is a family man but a hard-line family man.

He follows traditional ways and embraces the Islamic way of life to the detriment of his family.

He attacks Paris with chemical weapons, and his financial activities catch the attention of Ryan, leading to a tense finale in a Paris subway.

Series two is a political thriller, involving a despot President of Venezuela, an opposition leader determined to bring about his downfall, and an assassin that is stalking Ryan.

Ryan, in turn, is stalking the same person in a separate plot line but somehow interwoven with the main narrative.

There’s an almost haggard look to him, yet he displays an indifferent, calculating, and menacing persona as he watches his rivals climb and fall before he himself sees the collapse of his reign at the hands of the public after Ryan shares videos of concentration camps the President’s office denied existed.

Season two concludes with Ryan back in Washington and a political twist, one that could lead Ryan to a future of either political isolation or a stepping stone to something far greater.

Krasinski and Pierce inhabit the roles and their chemistry is visible on screen.

The supporting cast provide well crafted counterbalances to the brotherhood bond shown by the leading pair, and the two seasons have set up nicely for a third.

Watch it now on Amazon Prime.

Jack is back and the action flows thick and fast.