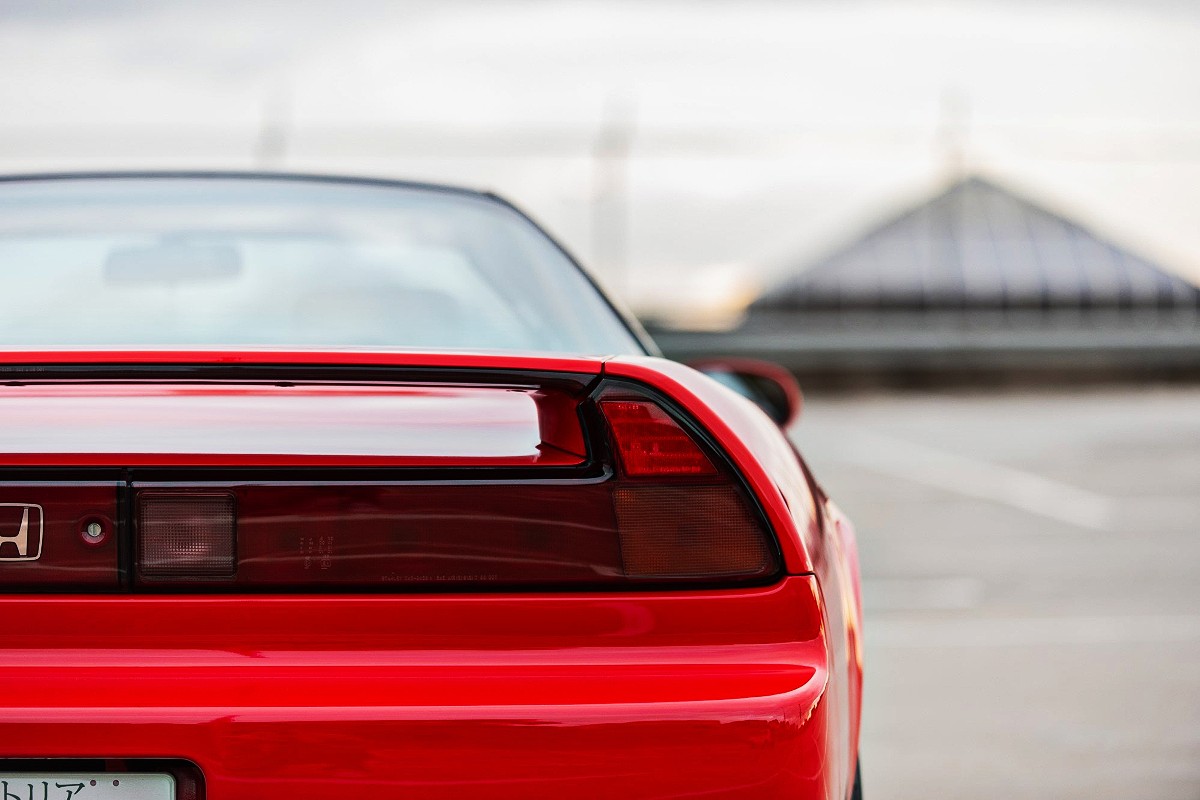 You have until 7.30pm on Friday night to get your bid in for this superb 1992 Honda NSX supercar.

First registered in Japan, this NSX has been in the hands of its current owner for 12 months.

It has been maintained to a superb standard, and will be sold with the full set of log books and manuals, as well as the factory tools maintained in their beautifully designed compartment.

Honda’s supercar debuted at the 1989 Chicago motor show, retaining its development codename but initially showcased under the Acura luxury brand Honda had introduced in North America.

Inspired by Honda’s return to Formula 1 in 1983 as an engine supplier and designed to bridge the gap between the company’s motor racing activities and its showroom line-up, the NSX aimed to redefine the supercar formula.

If its mid-engine, rear-wheel-drive layout didn’t contravene convention, its construction certainly did.

With a world-first mass-produced all-aluminium body, which required a dedicated Honda plant, this super sports car was a substantial 200kg lighter than if it had been made from traditional steel.

The NSX’s engine was also made from aluminium and it, too, defied convention – a normally aspirated V6 in a world of V8s, V10s and V12s — that contributed to a low kerb weight of 1350kg.

When the NSX reached Australia in 1991, it took out Wheels Car of the Year.

The NSX continued to be sold in Australia until 2004, by which time it had cemented its position in the automotive hall of fame.

Testing of development models in the late 1980s coincided with Honda’s remarkable period of success with Formula 1 team McLaren and the late, legendary racing driver Ayrton Senna, who would go on to win three world titles with Honda power.

Senna was given the opportunity to test an NSX prototype and his feedback prompted engineers  to significantly increase the car’s rigidity, before testing moved to Europe’s notorious 21km Nürburgring circuit in Germany.

The car being auctioned is a nod to Senna with its ‘Sennax’ number plates.

“That the NSX is the best built, most inviting, least intimidating supercar the world has ever seen is beyond rational dispute,” Wheels wrote in its Car of the Year coverage.

“Dynamically, the car is close to flawless in all but the most extreme on-track situations, with steering that’s alive in the driver’s hands, incredibly powerful brakes – anti-skid, of course – and levels of grip and electronically modulated traction that few mortals will feel the need to approach.”

A passenger side airbag was added in 1993.

A four-speed automatic gearbox was a $6000 option in place of the standard five-speed manual, though the auto came with a slight reduction in power.

Any scepticism of NSX’s motorsport credentials was quickly dispelled by an inaugural win in the 1992 Targa Tasmania road rally.

It was pure coincidence, of course, that a Targa variant of the NSX joined the coupe in 1995, offering an open-air experience with its removable roof panels.

The panels could be stored inside the rear canopy, while a strut brace was added to the engine compartment to maintain high levels of rigidity despite the open roof.

Targa itself was perhaps some compensation for local performance enthusiasts, as Australia did miss out on Honda’s specially-modified, lighter interpretation of its supercar — the NSX-R.

As part of a significant performance upgrade in 1997, the NSX received a larger-capacity, 3.2-litre V6 engine, giving the now six speed manual a lift in power to 206kW (the auto stayed with the 3.0-litre engine).

Further revisions included a reshaped front spoiler and larger brakes, along with refinements to the steering, clutch, suspension and security system.

NSX continued to be sold in Australia until 2004, by which time it had cemented its position in the automotive hall of fame.

The car being offered here is being auctioned on line by Collecting Cars and presents in ‘time warp’ original condition, with 92,516km on the odo.

The only clue to its mileage is some very minor stone chipping on the bonnet.

CHECKOUT: Grab yourself a bargain (or maybe not)