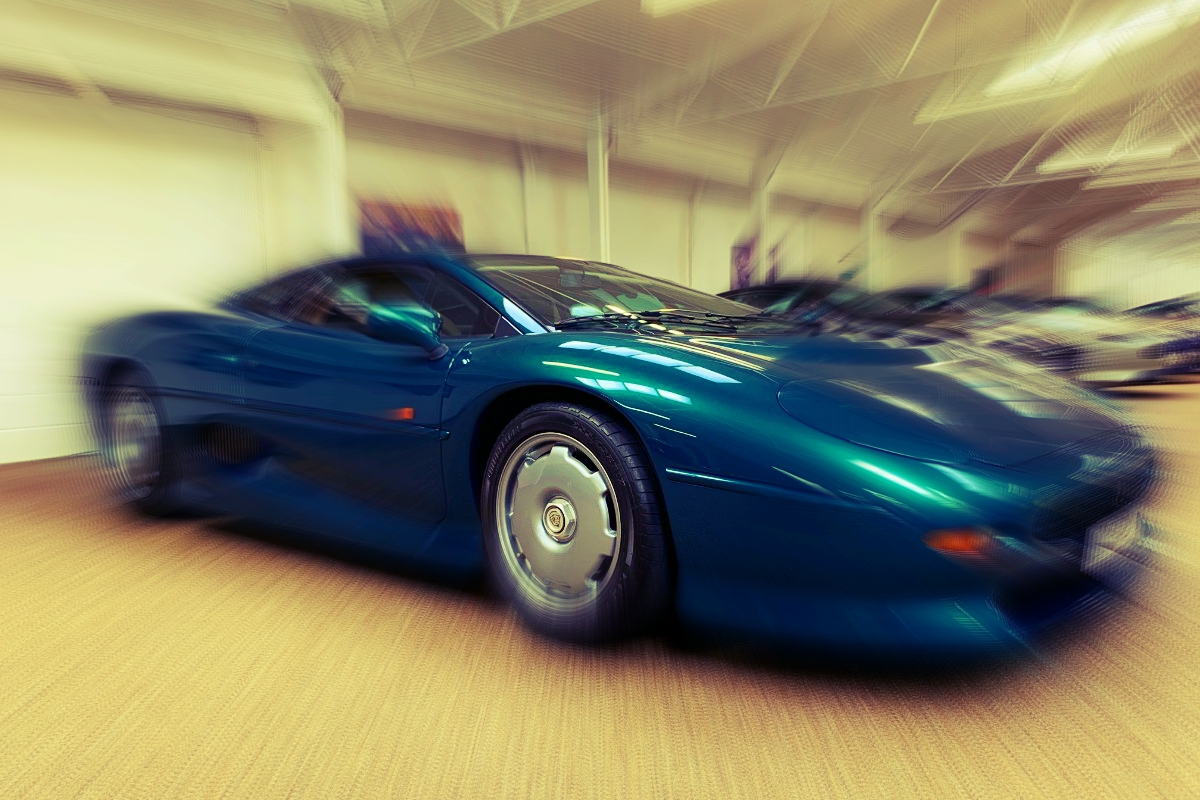 At one time it was the fastest production car in the world.

And one in pristine, as new condition has come up for sale in the UK.

The car in question is Jaguar’s gorgeous XJ220, engineered by Tom Walkinshaw Racing.

Delivered in France 1993 this particular car has covered just 4200km since leaving the factory and is as close to new as possible.

The XJ220 story is almost as incredible as the performance it achieved.

Built by a team of dedicated Jaguar engineers the plan was to create modern interpretation of Jaguar’s C and D-Types of the 1950s.

The prototype took 10 months to complete before it was revealed at the 1988 British Motor Show in Birmingham.

The XJ220 was a genuine sensation and is said to have accounted for 90,000 additional visitors that year, with Jaguar taking 1500 deposits for 1992 delivery.

Just 275 cars were produced by the time production ended.

Built between 1992 and 1994 in collaboration with Tom Walkinshaw Racing (TWR), the XJ220 quickly gained record-breaking status as the fastest production car in the world, with a top speed of 212.3 mph (341.7km/h) — driven by Martin Brundle at the Nardo test track in Italy.

The V12 from the original concept was replaced by a 404kW turbocharged 3.5-litre V6, with a chassis constructed of a bonded honeycomb aluminium and bodywork that was aluminium too.

Along with its record-breaking top speed, the XJ220 set a number of production car lap records, and, in XJ220-C form, competed successfully in GT championships worldwide.

Controversially, three works XK220-Cs entered the Le Mans 24 hour race in 1993 in the GT class, beating all rivals — only to have their class win revoked on a technicality.

The XJ220’s rarity, record-breaking performance and beauty combine to make it one of the most iconic and desirable supercars of all time.

It absolutely defines the era that it came from and is a true modern classic.

“They’re sensational to drive, challenging, but great fun, the turbos come in with a huge kick and the performance is still shocking today,” says John McGurk, of McGurk Performance Cars, .

Priced at £349,850, about $630,000 Aussie dollars, this immaculate example is finished in Silverstone Green with a Sand leather interior, and comes with a Jaguar Heritage Trust Certificate.

The car is offered for sale by McGurk Performance Cars, based in Warwickshire. For more details visit see www.mcgurk.com.