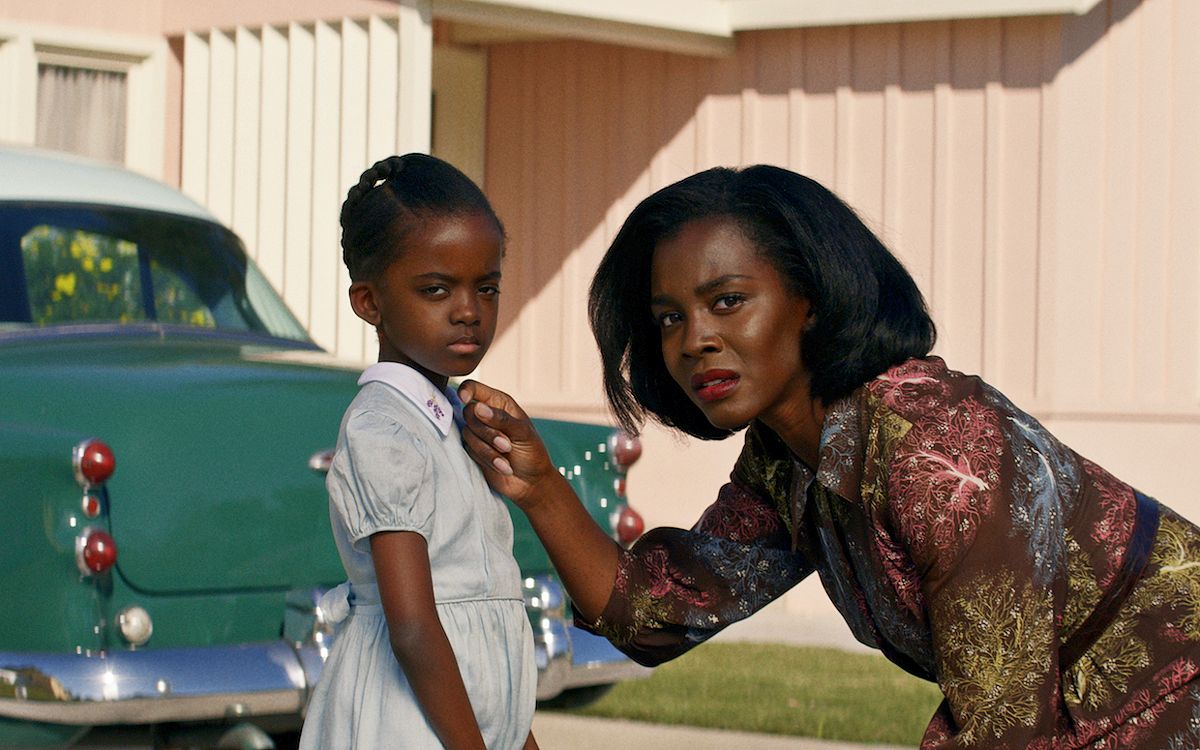 Them: Not just scary, but frightening

Home
Time out
Watch it
Them: Not just scary, but frightening

Not sure what to make of the 2021 television series Them, but it will stop you in your tracks.

Executive producer was Lena Waithe, who gained recognition for her role in the Netflix comedy-drama series Master of None (2015–present).

Waithe became the first black woman to win an Emmy for Outstanding Writing for a Comedy Series in 2017 for writing the show’s “Thanksgiving” episode, which was loosely based on her personal experience of coming out to her mother.

Set in 1953, Them follows a black family, the Emorys, who move from North Carolina to an all-white neighborhood in Los Angeles during the Second Great Migration.

It chronicles the 10 days that follow September 14, 1953, when the Emorys arrive at their newly purchased house in Compton.

They don’t know it is all-white neighborhood until they get there — and that’s where the nightmare begins.

Not only do the less than welcoming, nice middle class white people want them gone, so does an evil presence in the house which manifests in a variety of forms.

Them received mixed reviews on debut, some praising it as genuinely disturbing, others lambasting creator Marvin for introducing supernatural elements which they say detract from the real theme of racism.

As one person suggests, for reasons not clear and frankly not expected, the producers decide that apparently the issue of racism is not enough — or needs some diversion for being too much?

Some have likened the series to American Horror Story which also contains a mix of the real and surreal.

Many of the scenes in Them are violent, confronting and genuinely disturbing, in ways you may never have imagined.

Think how you would feel coming upon the scene of a bloody car accident, with bits of cars and dead and dying people scattered all over the road.

A little voice in your head says stop and see what assistance you can render, while another screams loudly and urgently, get the fuck out of here you idiot.

That’s the kind of feeling Them generates.

The Emory’s dream home and promise of a new life quickly turn into a living nightmare, the focus of hate and a malignant evil that threatens to drive them all mad — before claiming their lives and very souls.

When Henry Emory, a war veteran, turns up to start his new job as an engineer, the receptionist automatically assumes he’s the new kitchen hand.

Back home the neighborhood cleansing campaign is led by the very white, Women Weekly-esque Elizabeth ‘Betty’ Wendell (Alison Pill), who we later discover was abused as a child.

She leads an organised campaign of terror and intimidation that threatens to consume her, her unwilling husband and all those around her.

On the other side of the street, the Emorys are starting to have trouble telling fact from fiction, reality from the visions that suddenly confront and threaten to consume them.

Them is a frightening trip of many levels.

The first season is subtitled Them: Covenant.

A followup is planned following a similar limited semi-anthological structure to American Horror Story, with each season following a different story with different characters.

Them is available to watch on Amazon Prime.

CHECKOUT: All the Money in the World

CHECKOUT: The Terror: Trapped in the ice with a man-eating monster

Them is a terrifying view of 1950s middle class America and the fight between good and evil. In fact, it’s simply terrifying full stop.