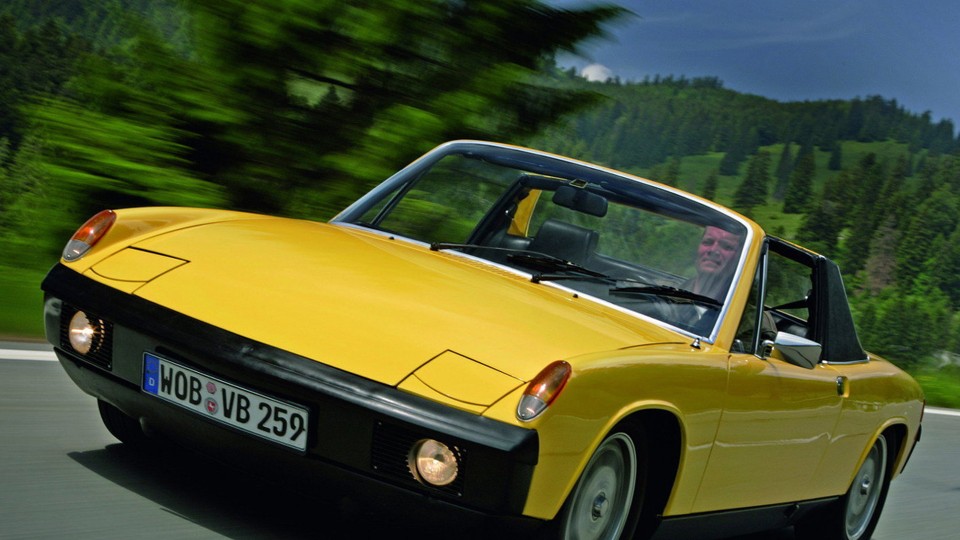 This year will see all manner of automotive anniversaries.

Also celebrating a 60th anniversary is the Triumph Herald, while the Rover P4 is 70 and the Ford Capri is 50.

But here’s one anniversary I suspect you will hear little about.

The 914 was a mid-engined, targa-topped, two-seat roadster which was the troubled outcome of the collaboration between Volkswagen and Porsche.

The car had its origins as VW’s successor to its Karmann Ghia sports coupe, while Porsche wanted a more affordable sports car positioned below its 911.

Automotive legend has it that the two companies verbally agreed on a joint venture, with the Volkswagen version to be fitted with a four cylinder engine and the Porsche-badged car a six.

During the development process, however, there was a change of VW management following the sudden death of CEO Heinrich Nordhoff in 1968.

Opinions differed as to who owned the rights to the car and it was a close run thing that it was ever launched.

But it was and has lived in a kind of shadow ever since.

Porsche devotees claim it is not a Porsche, but a VW.

VW fans see it as a VW with Porsche badges.

Despite what the trainspotters thought, and still think, the 914 became a major success, especially in the USA.

During its seven-year production run, 115,631 cars were sold making it one of the best selling sports cars of its time.