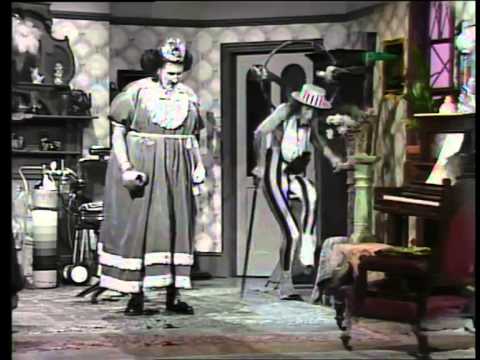 Home
Memory lane
The night they turned on colour telly

I remember the introduction of colour television in Australia.

They had been showing things in colour since the early 1950s in the United States, but we had to wait and wait and then wait some more.

It wasn’t until March 1, 1975 that colour telly was finally and fully switched on here.

Of course in order to watch it you needed a colour television and back then they didn’t come cheap, not at around $700 in 70s money.

I can’t recall exactly when we got ours, but I do remember watching things like the cricket and Countdown at the home of a school mate.

They started broadcasting Countdown in colour in November, 1974.

The colour was extraordinary and along with the music — and of course Molly himself — it goes a long way to explaining the success of the show.

The task of launching colour on the ABC fell to the cast of comedy series Aunty Jack, with a five-minute sketch.

It was followed by a one-hour edition of Countdown, introduced by Johnny Farnham and featuring an all-star Australian cast.

The Aunty Jack sketch beat the commercial stations to the punch, deliberately starting early at three minutes to midnight on February 28 – first in black and white and then changing to colour as the clock struck 12.

It was the stuff of legend and we were huge fans of Graeme Bond, Rory O’Donoghue, Garry McDonald and the gang.

In 1972 it was announced that all Australian stations would move to colour on March 1, 1975, using the European PAL standard mandated in 1968.

The slogan used to sell colour television to the Australian public was ‘March first into colour’.

As it turned out Australia had one of the fastest changeovers to colour television in the world.

By 1978 over 64 per cent of households in Sydney and Melbourne had colour television sets.

Government subsidies led to a boom in Australian-produced content.

Some of the most popular series included Crawford Productions police dramas Homicide, Division 4 which started during the 1960s and Matlock Police which began in 1971.

Then there were variety series such as Young Talent Time and comedy/variety series Hey Hey It’s Saturday, which ran for 28 years until 1999.

And soapies Bellbird which had started in late 1967, Number 96 and The Box, and the World War II-themed The Sullivans.

Against the Wind, the first major mini-series produced for commercial television, was shown on the Seven Network.

Later hospital drama The Young Doctors ran for 1396 episodes between 1976 and 1983, becoming at the time it ended Australia’s longest running drama series (I remember this last one vividly because I applied for a job as a scriptwriter on the show).

As an interesting aside, our son thought when he was little thought that the whole world had been black and white in the old days.

He thought that someone, somewhere along the line, had flipped a switch and turned it into colour — like that movie Pleasantville.

You’ve got to love kids!