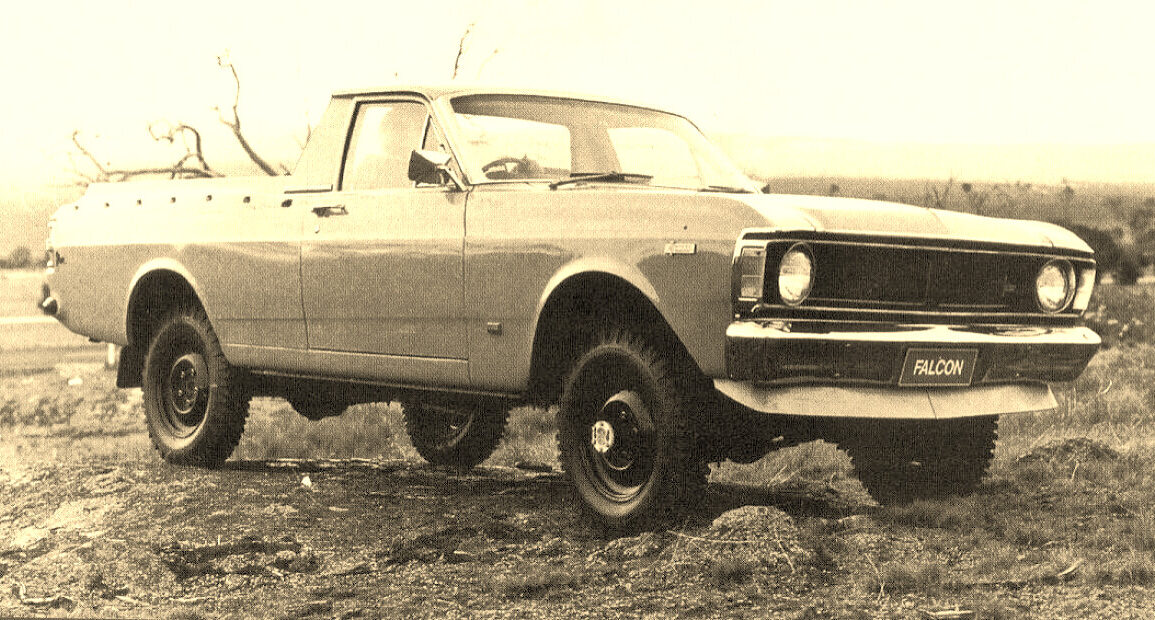 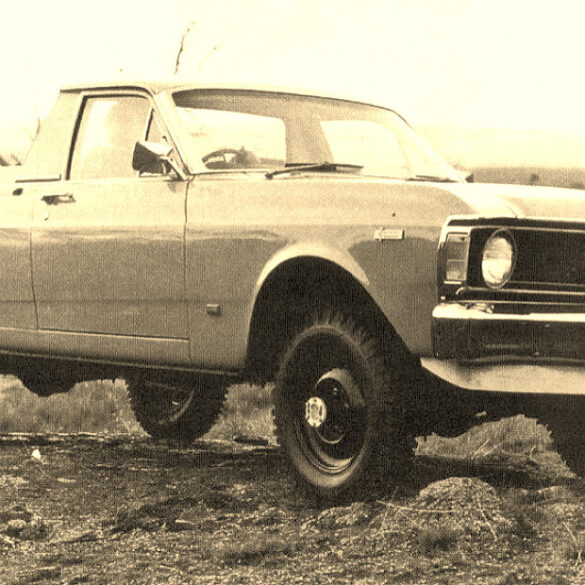 The Falcon that thought it was a Jeep

Home
Wheel life
The Falcon that thought it was a Jeep

It must have seemed like a good idea at the time, but the job of transforming a Falcon ute into an off-roader turned out to be more difficult than anticipated.

We’re talking about a forgotten chapter from Ford’s Australian story that dates back more than 50 years, the 1972 XY Falcon 4x utility — just 432 of which were built before Ford pulled the plug.

The offroader was originally conceived to meet the demands of the Australian Army, but released to the public after leaked photos generated plenty of buyer interest.

Priced at $3680, all of them were powered by Ford’s 4.1-litre six-cylinder engine, together with a three-speed Borg Warner manual transmission and Spicer two-speed transfer case.

A sump guard and tonneau cover were also standard.

You could even request a dealer-installed Falcon GT front spoiler.

The 4×4 bits came from Jeep and the cars were converted and assembled largely by hand of a weekend at Ford’s Brisbane Assembly Plant, which was also responsible for conversion of right-hand drive F series pickups.

The design called for a second diff, leaf springs and a live axle to be installed under the front and that required a bit of rejigging and reinforcing, with the engine tipped to the right — to provide room for suspension travel between the axle and sump/exhaust.

The 4x ute missed out on power steering, because the steering was reportedly too light to start with. Ford actually fitted a GT-HO steering box to bring down the ratio.

It was the only way they could squeeze in a spare.

As we all know, a 4WD of any make, not just a Ford, is not much chop in the bush without a spare wheel.

The front subframe and rear undercarriage had been strengthened to cope with expected off-road bashing, and to provide mounting points for the front springs.

Problems emerged when a prototype returned from outback testing with stress fractures in the centre of the cab.

While reinforcing the cab wasn’t a major drama, fitting a higher-rated axle assembly certainly was.

This spec change and other issues with the American supplier caused huge delays, putting back release of the XY 4x ute to late 1972 — rather than 1971 as planned.

By this time the new XA Falcon had already been introduced and while there were plans to introduce an updated version of the ute, the project was shelved before it could happen.

Legend has it this was because of the difficulty involved in getting the ute to meet new ADR requirements.

But it was probably for a combination of reasons:

All in all, it makes the Falcon 4x utility a rather rare beast which makes the opportunity to buy one a rather large occasion.

One is up for grabs at Shannons May 17-24 timed Autumn auction.

The front differential and bearings were replaced at the same time, despite the odo showing a lowish 50,000 miles.

Toyota cuts the wires for Supra

At some stage its factory white has been renewed but it has a small crack in the panel behind the driver’s door.

The ute sits on a set of Sunraysia-style steel wheels, which were popular back then.

Inside, the tan vinyl has been retrimmed on the bench seat and door cards.

The door furniture, though, remains original and, like the rest of the interior, displays a healthy level of patina.

The same can be side for the dashboard, with its replica ‘Super Fringe’ radio and V8 badge.

Out back, the load bay displays the wear and tear of a working life which is evident throughout this XY 4x Ute.

The original ‘Bob Binks Ford’ dealer sticker remains on the rear window which  is a nice touch.

The ute Ready for further refurbishment and it will certainly be a talking point at the next club run.

This unusual Australian-made Ford is overdue for more recognition by Blue Oval enthusiasts and collectors with an eye for something different.

The 1972 Ford XY Falcon 4x Utility is being offered for sale unregistered.

CHECKOUT: Ford gets hands on the F-150