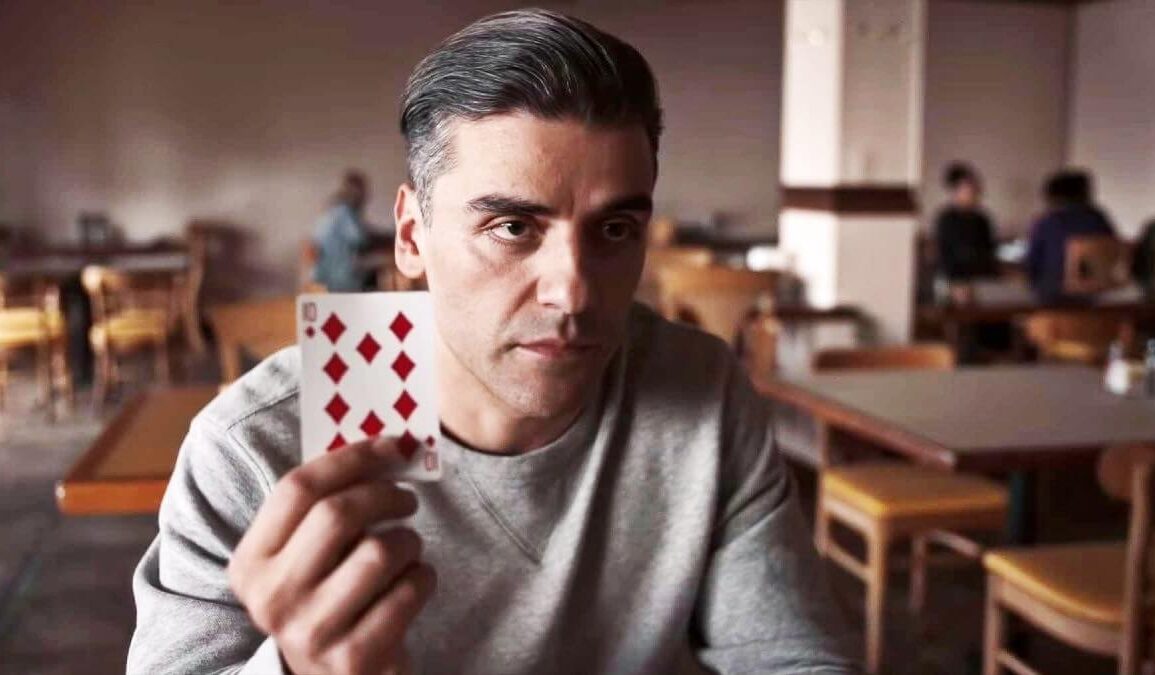 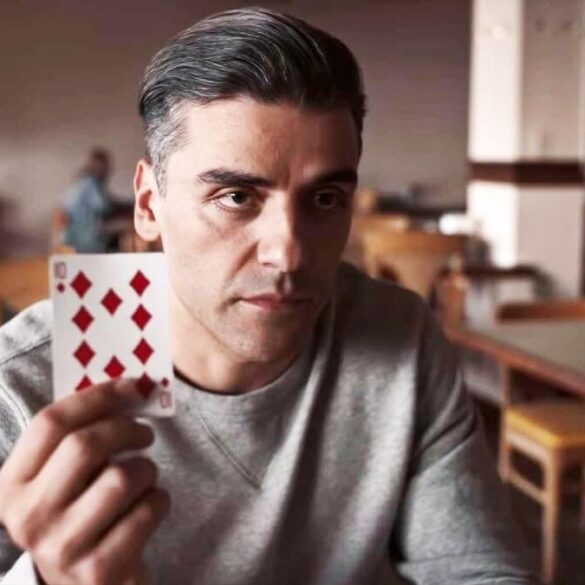 The Card Counter: No one’s a winner

Home
Time out
Watch it
The Card Counter: No one’s a winner

No prizes for guessing what The Card Counter is about.

But it’s about much more than professional card players, as we soon learn when we’re introduced to the intense and at times downright peculiar main character William Tell played by (Oscar Isaac).

Tell, a former military interrogator with a murky past, reveals that he learned how to count cards during an eight-year stretch in the military prison at Leavenworth.

Great name for a card player by the way because a “tell” is a small idiosyncrasy that card players look for to tell whether an opponent is bluffing.

It was also the name of a Swiss ‘Ronin Hood’, armed with a cross-bow, who featured in a 1960s television series.

Card counting for those who don’t know is a strategy used in blackjack to determine whether player or dealer has an advantage on the next hand.

Although Tell is a brilliant card player, he adopts a policy of betting small and limiting his takings to avoid attracting the attention of casino operators.

They don’t mind you winning, he explains, or even counting cards — but they don’t like it when you win big.

Tell spends a lot of time on the road, travelling from casino to casino, but never stays where he plays to prevent the operators from learning too much about him.

And this is where it gets a little strange, because he carries two small bags with him that contain sheets which he uses to wrap around the bed and furniture in the room, with the help of a ball of twine.

During a visit to Atlantic City, Tell encounters a young man named Cirk “Cirk with a C” Baufort (Tye Sheridan) who reveals he knows who the card player really is, and hands him a piece of paper with his name and number on it.

It turns out Tell’s real name is PFC William Tillich, a soldier who was tried and convicted for his role in the abuse and torture of prisoners when he served in Iraq.

Cirk’s father was also dishonorably discharged and served time for the same offence, but later killed himself.

He blames their commanding officer Major John Gordo (Willem Dafoe) and is hell-bent on revenge.

He tries to enlist Tell to help with his plan to kidnap, torture and kill Gordo.

Tell refuses, but offers to take Cirk on the road with him as a diversionary tactic.

Around the same time he runs into a friend from the card playing world, La Linda (Tiffany Haddish), who invites him to become one of her stable of players who play for big bucks.

Tell’s main opponent is Mr USA, an obnoxious Ukrainian player who has taken on a jingoistic American persona.

The Card Counter is a quiet, slow-burn, slow-moving story of revenge, with a minimalist approach that includes minimal dialogue.

Writer and director Paul Schrader has an interesting past.

His strict Calvinist parents refused to allow him to see a film until he was 18.

After graduating from university he became a film critic, then began writing his own screenplays.

He and older brother, Leonard Schrader hit the big time when they were paid a record $325,000 for the 1974 film The Yakuza which they co-wrote.

Schrader’s reputation as one of Hollywood’s top screenwriters was consolidated with Martin Scorsese’s Taxi Driver (1976).

The Card Counter is a quiet, intense film that bit by bit captures your attention and won’t let go.

Something is going to happen, but you’re never quite sure what?

You can catch The Card Counter on Binge and Amazon Prime.

It’s a slow burn, but settle back and be patient.