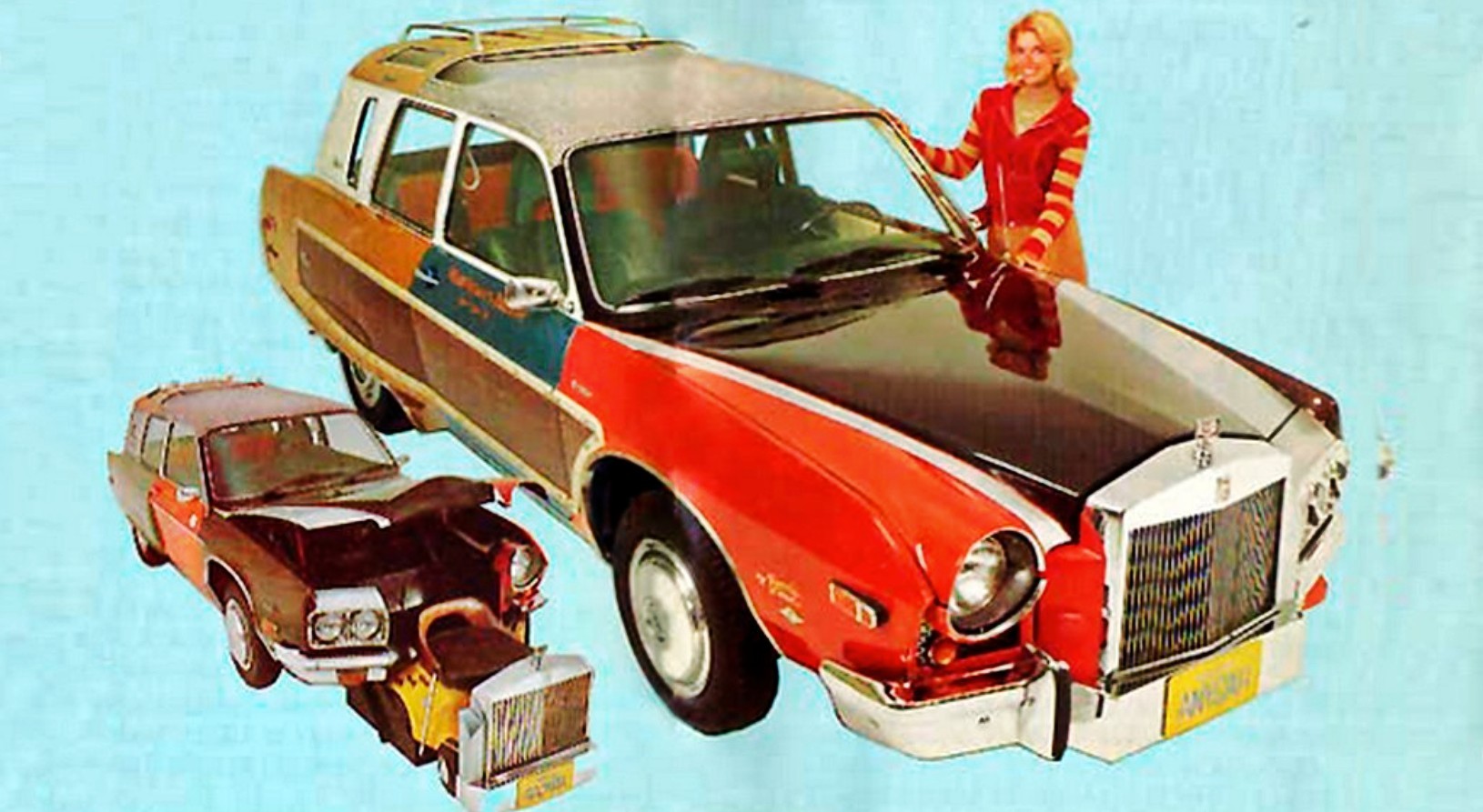 The Bitza the bank built

A “bitza” is a dog that’s a combination of many breeds, a kinder term perhaps than mongrel.

The automotive world has its share of bitzas too, such as the 1971 Anycar —  a car composed of elements from many cars, including the Ford Falcon, Chrysler 300 and Volkswagen Beetle.

The Anycar, also known as the ForChevAmChrysVagen, was designed and created by customiser Gene Winfield as part of an advertising campaign to promote car loans for the then New York’s Manufacturers Hanover Trust Company — now part of the JPMorgan Chase Bank.

With “something for everybody” styling, it was a mish-mash of 22 other cars that had been chopped and cobbled together.

The bank reached its commercial heyday in the mid-1970s, when it ran a series of commercials with the catchphrase: “It’s banking the way you want it to be.”

Comedian Paul Lynde and the Twilight Zone’s Rod Serling served as celebrity spokesmen for the bank.

A few years earlier the same outfit had created the first four‐wheeled, motor‐driven sponge for the company.

The idea was to drive home the point the bank would lend money for ‘any car’ — anything from a Volkswagen to a Rolls Royce,

“It’s the Anycar. And it symbolises the any car loan.”

A total of three Anycars were constructed during the 1970s, two by Winfield and the third by George Barris — the guy who created the Batmobile.

At least two of the three AnyCars still exist today.
The first is reported to reside in South Africa at the James Hall Museum of Transport, Johannesburg — albeit with a Wesbank paint job (South Africa’s largest provider of loans for cars).
The second can be seen from time to time displayed at custom car shows around the traps in the United States.
The fate of the third, however, remains a mystery.

Described as a new luxury/economy/intermediate automobile, the Anycar was introduced to the auto-buying public on September 7, 1971.

One of the nation’s leading banks, Manufacturers Hanover Trust Co. said it introduced the ForChevAmChrysVagen — or AnyCar as it was more commonly known — to emphasise the diversity of choice available to car purchasers.

Featuring “something for everybody” styling, the AnyCar is a unique blend of 22 different cars — ranging from Volkswagen to a Lincoln Continental.

Highlighted is the “modest flower print” of interior upholstery.

Released on November 3, 1972 the Anycar II was also created by Gene Winfield and this time combined parts of 50 cars dating from the 1930s to 1970s.

The body from a 1929 Hudson provided the basis for the project.

Here’s how they did it:

1) Valiant fender is fitted to Hudson body. Before rear fender assembly is completed, part of 1934 Ford fender will be joined to Valiant fender. Winfield had to design sheet metal fitting between door and Ford fender to obtain smooth joint. Rear of frame also had to be lengthened 75mm so door could open and close.

2) Sheet metal components are temporarily positioned before permanent assembly is made. Toronado front fenders actually “back up” ’69 Cadillac fenders in final assembly. AnyCar running gear has been “modernised” at this point with axle and brake drums from ’67 Chevy Van. Radiator has been installed and side spare wheels mounted. Radiator had to be moved four times to accommodate Bonneville hood.

4) Sheet metal assembly has been completed and car has been prime coated. (Before it rolled out of Winfield’s shop, AnyCar II had eight coats of paint.) Cadillac sidelights (’68) and front bumper ends (’70) plus Imperial headlight pods (’61) as well as ’58 Dodge centre grill bumper bars have been added. Final step is wiring of engine, lights, heater and air conditioning.

The third and final Anycar was built by George Barris who made many of the vehicles for movies and television shows.
Ever the showman, he based the AnyCar III on a 1974 Volkswagen wagon so he could free up the area under the front bonnet for a small battery-powered car that could be detached and used as a run around.
It includes parts from from about 40 other cars (Cougar, Mercury, Cadillac, VW, MG, New Yorker, Volvo, Jaguar, Lucas, Chevrolet, Toyota, Continental, Ford, Marcal, Matador and others).

The styling is completely asymmetric. No specific component is dominant and you simply cannot find two paired elements.

Under the hood, there was a tiny Mini-AnyCar electric car designed for traveling short distances.

At the touch of a button it automatically lowered out of the main car along with a Rolls-Royce grille.

“A car for all times” does not pollute the environment and minimises the fuel crisis and traffic problems in urban areas.

CHECKOUT:Fab, fast and finished by the lake