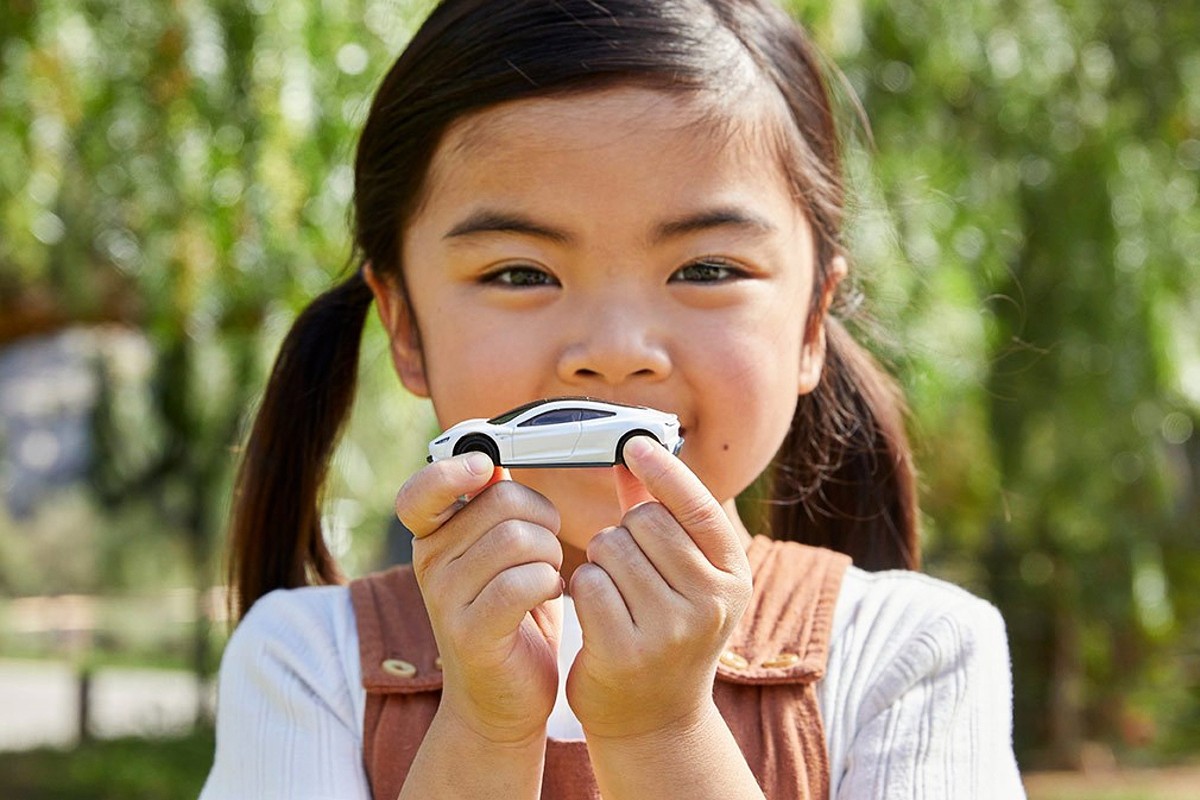 GOVERNMENTS across the world are taking aim at vehicles perceived to be messing up the environment via exhaust pollution.

Petrol-powered cars are heading for extinction in Norway, which has embraced the electric car policy like no other — and Sleepy Joe Biden has made it clear that fuel production in the US will cease under his direction.

So what has that to do with diecast model cars?

Matchbox has become the first company of its kind to move to recycled materials and bio-based plastics for nearly all of its products by 2030.

The company says it has a timed plan that will roll out in stages.

First to go will be the elimination of plastic from its packaging.

That will likely be replaced with certified paper and wood pulp material, and the paint on the mini toy models will be water-based.

Matchbox, founded in Britain in 1953 as Lesney Products, became a diecast success story — particularly after more than a million of its models of Queen Elizabeth II’s coronation coach were sold.

It came after a 1/75th scale model of a red and green road roller, followed by a dump truck and a cement mixer.

The toys were called Matchbox because the school of the founder’s daughter had a rule that children could only bring toys into the classroom that fitted into a matchbox.

Then came a succession of cars, such as a MG Midget TD,  Vauxhall Cresta, Ford Zodiac, as well as Euro vehicles such as VW and Citroen — along with US models too.

The models were beautifully detailed and many are worth a lot of money these days.

Some that originally sold for two or three shillings now fetch $500 or more. Rare ones much more.

The company was eventually sold the US giant Mattel, of Hot Wheels fame, in 1996.

Well, Mattel spokesman Roberto Stanichi explains why the company is now thinking like the Norwegians.

“Matchbox has always been about realism,” he said.

“It’s a reflection of the world and the vehicles kids see driving on the road every day.

“It’s not just about materials, but also about the way that we bring different themes to kids that are focusing on greener behaviours.

“So we felt Matchbox was perfectly positioned to be the leading brand on the commitment to use 100-percent recycled, recyclable, or bio-based plastics in all of our toys and packaging.”

The team at Matchbox is also looking at revamping its manufacturing process holistically, from revamping its die-casting process to expanding the green car representation in its lineup, including electric vehicle chargers in its play sets.

Not only does that mean the sets will be more environmentally conscious, but they’ll also better reflect the changing vehicle landscape.

The process takes some developing.

Model good looks for this Vespa

“One of the challenges that we have is in perfecting the heating process,” Stanichi said.

“We went through a number of iterations in order to get the diecast moulding to come out to our standard of quality and make sure that we were delivering diecast cars that can last a lifetime and be as durable as the products we’ve been offering before.”

Matchbox is launching its more eco-friendly future with a special Tesla Roadster, the first Matchbox car made from 99 percent recycled materials.

Add them up and they come to 99 percent recycled construction.

The final 1 percent is stainless steel.

Adding to the enviro-friendly nature of this Tesla model, Matchbox is buying carbon offsets to make sure that the latest toy in their stable is carbon neutral.

“One thing that we love about that is, with carbon offsets, the credits go to preservation projects, and we have two as part of this Tesla Roadster project. One for preserving grasslands in Colorado and another one in Montana.”

Hot Wheels and Barbie are eventually heading down the greener path, too.

This push to more sustainable materials will require some patience from diecast collectors — Matchbox isn’t releasing this carbon-neutral diecast car until 2022.