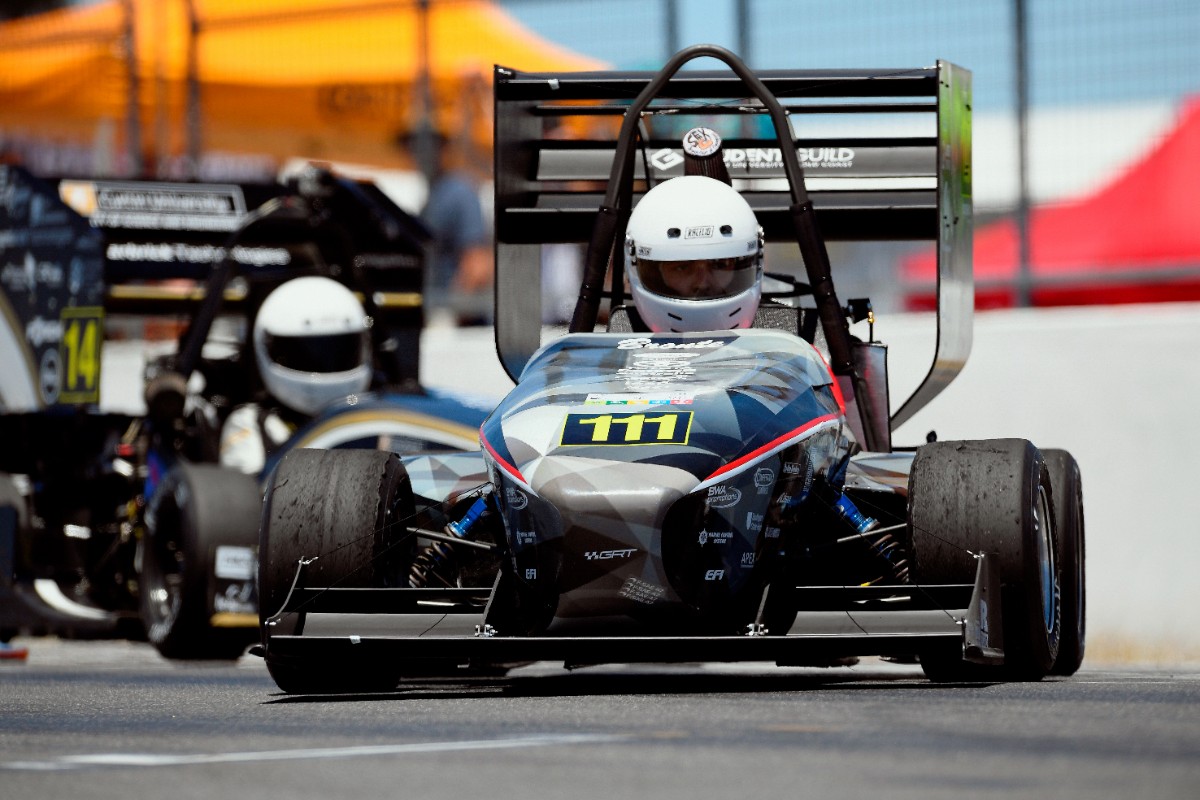 Recruiters from Tesla were among the head hunters at Winton Motor Raceway for the 20th annual Formula SAE-A.

Formula SAE-A has classes for both electric and internal combustion cars, and is run by the Society of Automotive Engineers – Australasia (SAE-A).

Hundreds of students logged their details with Tesla and a dozen other employers at the FSAE-A careers expo during the four-day competition.

They hope to join the many former competitors who have gone on to careers in Formula 1, Supercars and countless other engineering jobs with global car companies.

Teams design, build and compete in Formula-style open-wheeled racing cars, which are judged on every aspect of design and performance.

“Our first event had about six cars and fewer than half of them finished; this year we had 32 cars – half of them electric – and very few failed to go the distance,” he said.

“The technology is so impressive that recruiters and visiting Formula 1 engineers often remark on the advanced features – all done by university students.

“It’s no wonder that companies like Ford, which employs more than 2000 engineers, designers, technical and automotive specialists in Australia alone, see this as a natural recruiting ground.”

This year’s event was a clean sweep in both the EV and internal combustion classes for the dominant team from Melbourne’s Monash University.

Taking a strong second place in both classes was the hugely popular University of Queensland team, while New Zealand’s University of Canterbury took third for EV and Griffith University was third for internal combustion.

SAE-A returns to Winton for its 21st birthday year in December next year.