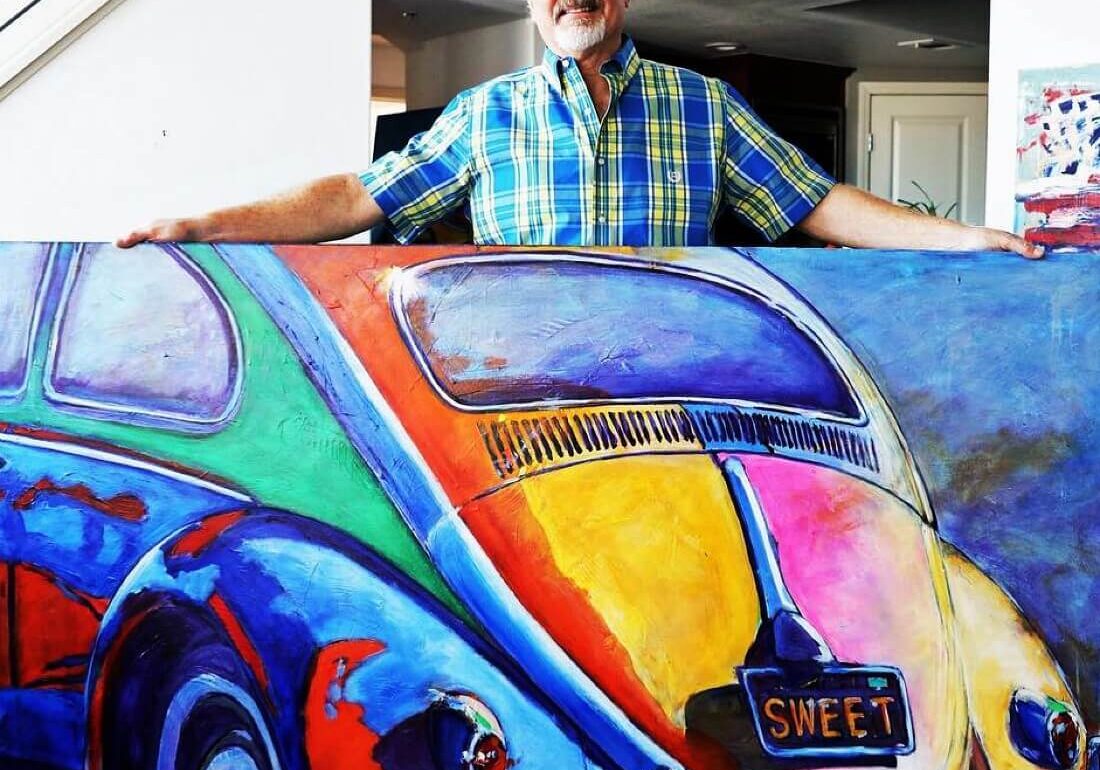 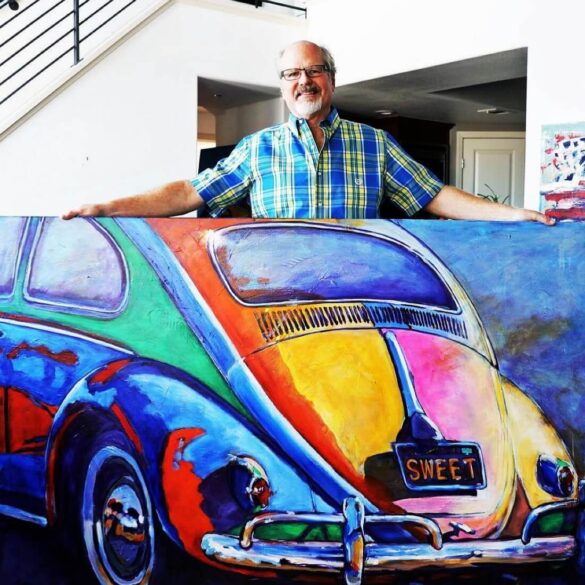 Capturing a century of excellence in one painting is an impossible undertaking.

Capturing three iconic overall winners to represent the evolution of the 24 Hours of Le Mans is also challenging.

Yet it has been masterfully accomplished by official artist Kelly Telfer to celebrate the centenary of the 24 Hours of Le Mans during the Rolex Monterey Motorsports Reunion, August 17-20 at WeatherTech Raceway, Laguna Seca.

The painting features three iconic cars that were overall winners at the French Classic and are the actual cars that will be displayed in the enormous Le Mans Legends Heritage Display, presented by Motul.

The exhibition will showcase more than 50 overall and first-in-class winners, and special-interest cars that raced at the 24 Hours.

Never has such a comprehensive display been curated in America.

Representing the pre-war era is the incredible 1929 Bentley Speed Six that is affectionately known as Old Number 1.

The Bentley was driven by two of the original Bentley Boys Woolf Barnato and Tim Birkin to capture the overall win in 1929.

But the Bentley wasn’t done. The same car returned in 1930 with Barnato and Glen Kidston behind the wheel to record the back-to-back win.

In 1956, Jaguar continued supremacy with its sleek 1955 Jaguar D-Type (XKD 501) driven by Ron Flockhart and Ninian Sanderson, who recorded a top speed of approximately 169 mph in testing at the Circuit de la Sarthe.

For Americans, there is likely no other car that says “Yanks at Le Mans” than Shelby American’s red 1967 Ford GT40 Mk IV driven by Dan Gurney and A.J. Foyt.

It was the first all-American team effort and ended six years of Ferrari dominance.

“The car turned out to be a really nice, smooth, fast car, without any bad habits,” Gurney said.

“What could be better than to illustrate the rich history of the 24 Hours of Le Mans and bring it to life for the Rolex Monterey Motorsports Reunion,” Telfer said.

“It’s my favorite racing event and experience of the year.”

Telfer will be present through the week for autograph sessions to make the commemorate poster even more special.

The limited-edition poster will be available for purchase at the Official Raceway store beginning August 13.

A third generation Californian, Telfer lives and works in Sonora, in the Sierra foothills.

He has created apparel for many of the top race tracks, race teams and manufacturers through the years and has been the official artist of the Rolex Monterey Motorsports Reunion for two years.

Earlier this year at The Amelia, Telfer’s painting “Mario Andretti – A True Champion” was auctioned at RM Sotheby’s with all proceeds going to Spina Bifida of Jacksonville.

It was a memorable evening when the closing bid was announced that resulted in a $138,000 donation to the non-profit organisation.