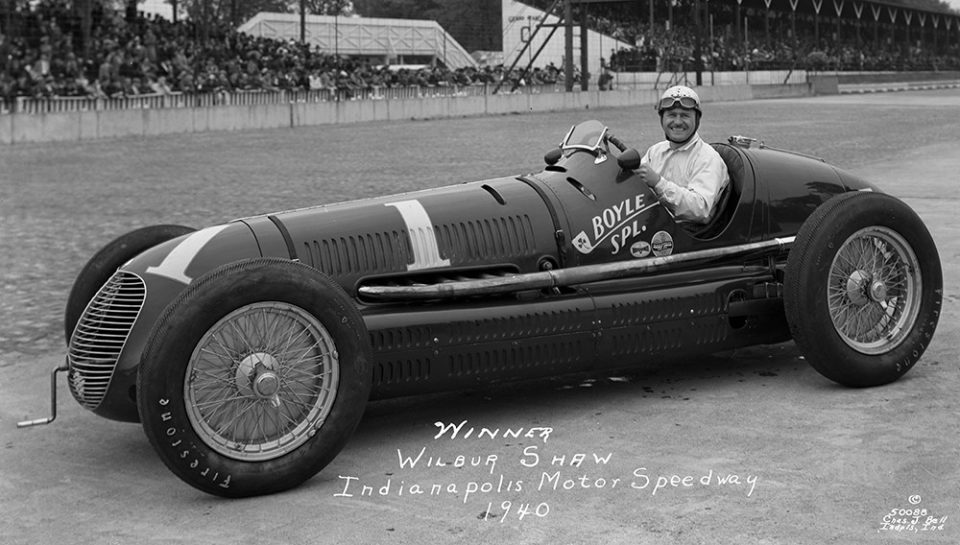 Tale of models, mobsters and the mysterious Mr Boyle

WHO, or what, was the mysterious Boyle?

It’s a question that arose the moment I bought a 1/43 scale Brumm model of a Maserati 8CTF racer 50 or more years ago.

Alongside the cockpit of the burgundy car that ran at Indianapolis – and won  in 1939 and 1940 – were the words ‘Boyle Spl’ and an imprint of a clover.

The driver was Wilbur Shaw, a legend of the US racing scene.

He competed at Indy 13 times, won it three times, and later became president of the famous brickyard raceway.

But why his Maserati was called the Boyle Special didn’t become clear until quite recently. They didn’t have Google 50 years ago.

The owner, as it turns out, was a larger than life Chicago bloke called Michael Boyle, or ‘Umbrella Mike’ as he was popularly known.

Variously described as ‘colourful’ and ‘controversial’, and a good mate of Al Capone’s, he was the long time leader of Chicago’s powerful electricians union – wooed by both the Chicago Mob and crooked politicians at a turbulent time in US history.

But when he wasn’t doing shady deals or dodging bullets, he was running a pretty good racing team.

It had several other good finishes and he did a bit of racing himself too.

Legend has it that Shaw, who usually drove Offenhauser-powered Indy cars, and Boyle were looking at a Maserati at the Vanderbilt Cup race on Long Island and Shaw noted the advanced features of the sophisticated Italian car compared to the US specials.

Why he was called ‘Umbrella Mike’ was due to his ability to generate ‘gifts’ from various folk in Chicago who needed his support to get projects or deals completed.

He would hang his umbrella on the brass rail of a bar he frequented, and people needing his help would wander in and drop money into the brolly.

In the evening, Boyle would collect the umbrella and its contents and go home.

In a famous moment in 1937 when the city authorities declined to cough up, Umbrella Mike said ‘well, it’s your funeral’.

Next thing 38 0f the 55 drawbridges that spanned the Chicago River were locked in the up position, some 95,000 street lights were switched off – likewise countless traffic lights.

It brought the city traffic to a standstill and it took three hours of frantic talks at city hall, and naturally some deft undisclosed financial transactions, before power was restored.

So, the cashed up Mr Boyle had a chat to the Maserati folk, found they were keen to do business in America, and handed over $15,000 for a new 8CTF.

The money was much more than the cost of the average Indy car, but the prestige that went with a potential win at the brickyard made the gamble worthwhile for Boyle, who was well-regarded by the labour unions and the dicey pollies alike.

So that’s where the ‘Boyle Spl’ came in: a classy racer, funded courtesy of the Chicago Mob and other obscure personalities of the windy city.

The exotic car was shipped to the US, but it had pure water in its cooling system, which froze during the crossing of the Atlantic, and it arrived with a cracked engine block.

However, Boyle had a genius mechanic in Cotton Henning, who had a good look at the workings of the 3.0-litre twin-cam straight-eight supercharged engine, and did a super job of rebuilding it.

The comparatively small-engined Maserati didn’t have the power of the big-bore US Indycars, but it was way ahead in terms of suspension, steering, balance and brakes, and it came within a whisker of matching the qualifying times of the top contenders of 1939.

Brakes weren’t a big issue among the US drivers, who tended to use stopping power from production cars on their specials. The result was they would wear out in just a handful of laps, so the form du jour was to simply lift off on entering the fast bends at Indianapolis and pussyfoot through.

The 8CTF had 16-inch magnesium drums, well up to the task, and Shaw was able to zip through the conga line of rivals in the turns.

He ended up winning by more than two minutes.

To show it was no fluke, he repeated the performance in 1940.

More recently, it came out of its garage at Indianapolis to do a lap in the hands of Johnny Rutherford, who, like Wilbur Shaw, was also a three-time Indy 500 winner.

The magic Maserati also became the first non-US-made car to figure on the National Historic Vehicle Register and is permanently archived into the US Library of Congress.

Wilbur Shaw was killed in an aircraft crash in 1954, just a day before his 52nd birthday.

Mike Boyle died of a heart attack at age 79.

I think of the Boyle Special with renewed interest these days.

What a story it starred in.