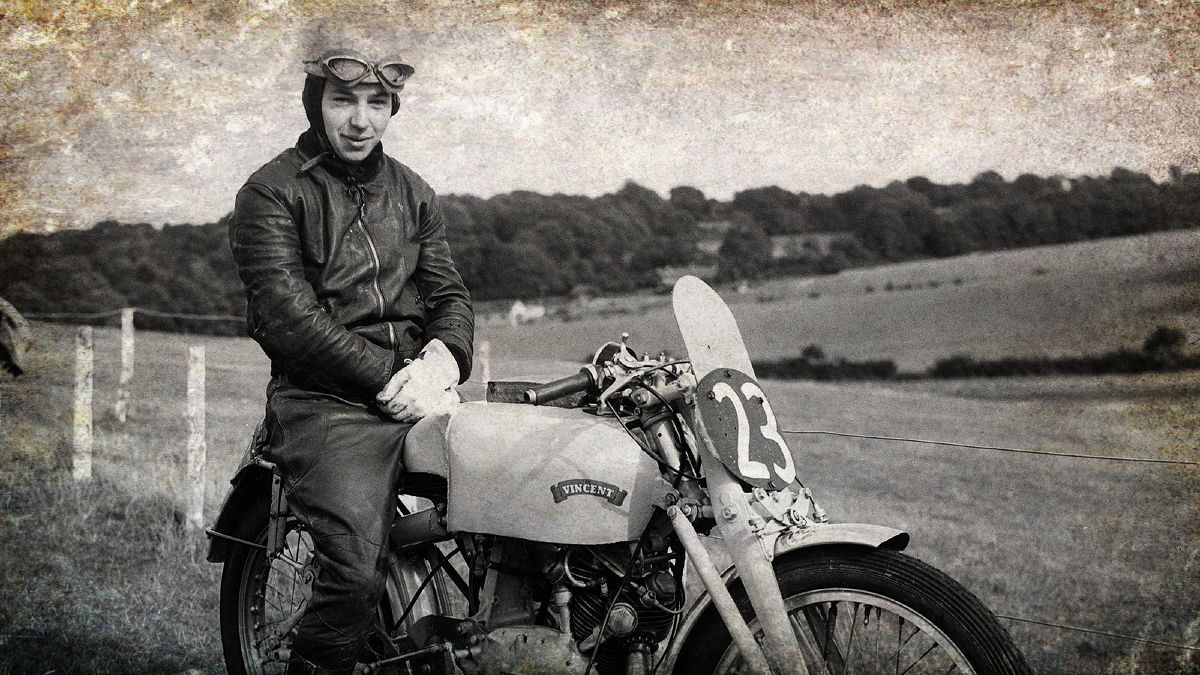 JOHN Surtees is a racing legend – on two wheels and four.

He’s the only man to have ever won world championships in both categories, and it’s safe bet to say that feat will never be repeated.

The genial, almost shy Surtees died in 2017, aged 83, but well known US writer A J Baime managed to score a rare interview back in 2008, and produced this report:

One day early in 2008, I landed at London Heathrow and hustled to a rental car counter.

“I have a reservation,” I said, out of breath. “Can you get me in a car ASAP? I flew all the way overseas for one appointment and I’m late.”

Minutes later I was hammering through the city, trying to reach its outskirts without killing anyone while driving on the left side of the road.

In the most unassuming office you can imagine, I met John Surtees, world champion.

I had come to interview him for a book I was writing, and he said two things within the first minute that will stick with me forever.

He told me he was having back pain that morning.

He was 74, and he still suffered symptoms from a motor racing crash in 1965 that took him within a hair’s width of death.

It struck me as amazing, because that crash was one of the reasons I had flown all this way to talk to him.

He could still feel the pain, more than four decades later.

The second thing he said that struck me was that he was going later in the day to see his son Henry’s karting race.

Surtees lifted his chin high, smiled and said: “We shall see!”

More on that in a minute.

We started at the beginning of his extraordinary life.

Surtees was born the son of a motorcycle racer whose career had got side-tracked by World War II.

At 15, young John started as an apprentice at the Vincent motorcycle factory and led a nomadic existence on weekends, racing bikes all over England.

“The highlight of my career was the moment that sparked it all, at 17, winning a relatively unimportant road race in Wales riding a Vincent which I largely built myself,” he said.

“It was the first time I felt man and machine came together. I’ll never forget the vibe I felt knowing I was part of the bike. It flowed . . . I was flying . . . That was the day the future was born.”

At 22, he was hired to race for the MV Agusta team, so he moved to Italy and started learning the language by watching spaghetti westerns.

The first time he’d seen a Formula 1 car was when he stepped into one for a test.

Soon after, he was summoned to Enzo Ferrari’s office in Maranello.

“I would like you to drive for us next year,” Ferrari said.

“Formula 1, sports cars, and anything else we might decide to race. Here’s the contract.”

Surtees picked up on a weird vibe in Enzo’s office. Photos of Ferrari drivers killed in the line of duty lined the walls.

Death was routine in motor racing in the 1950s and ‘60s, especially for the Ferrari team.

He joined the team in 1963. One of the things he did was venture to America to gauge the Stateside racing scene.

When he came back to Italy, he warned Ferrari the Americans were going to come to Europe with their fast cars and massive displacement engines, and attempt to conquer the continent.

“We cannot compete with the big engines being used in America,” Surtees told Enzo.

He became the lead Ferrari driver at the beginning of the Ford-Ferrari wars in 1964 and 1965.

He was an international superstar, and a walking god in both Italy and in his home country of Great Britain — perhaps the only nation that rivalled Italy in passion for racing.

In Italy, the fans and the press called Surtees Il Grande John.

This is where the story gets more interesting, however.

In September 1965, Surtees was at Mosport Park outside Toronto, moonlighting in a minor race with the Lola team.

Shrieking into a turn, he lost a wheel, crashed, and was knocked unconscious.

For months, he recovered in a hospital and had to relearn how to walk.

Each day, he counted the number of steps he was able to take in the hospital hallways, which were adorned with Christmas decorations. One day it was eight. The next, 83.

Surtees was back in a Ferrari race car at the Modena Autodrome in March, setting lap records.

Think about that. Seven months after a crash that forced him to have to relearn how to walk, he was setting lap records on track.

What could possibly be a greater demonstration of passion, skill, and courage, in any sport, at any time?

In 1966, Surtees had a falling out with Ferrari management.

Amazingly, he returned a year later driving for Honda (presaging, of course, the onslaught the Japanese auto industry was about to unleash upon the world) and he won the Italian Grand Prix.

When I asked him about that victory — winning in a Japanese car in Italy — he smiled. “The fans carried me high!” he said.

He might’ve been driving for a Japanese team but in Italy, he was still Il Grande John.

He went on to launch his own F1 team before retiring in 1972, dedicating himself to his family, his local Honda dealership, and a motorcycle shop.

One day, a year after my interview with Surtees at his office outside London, I read of a motor racing fatality in the newspaper.

When I scrutinised the story, I was stunned. The driver was John Surtees’ son Henry, and the accident seemed inexplicable.

The 18-year-old was motoring down a straightaway at speed, when a wheel that had come loose due to a shunt that he had absolutely nothing to do with — came bouncing across the pavement, landing on top of the car’s open cockpit.

What were the chances? It seemed impossible to believe. A million to one chance.

I remembered so vividly Surtees talking about his son’s upcoming karting race. (“Is he any good?” “We shall see!”) And how it must have broken his heart to have such a thing happen in the sport that had defined his life and at his home track of Brand’s Hatch.

It was one of the most heartbreaking things I had ever heard.

Surtees’ greatest achievement — becoming the only man ever to win world championships on two wheels and four — will never be matched.

His story must never be forgotten.