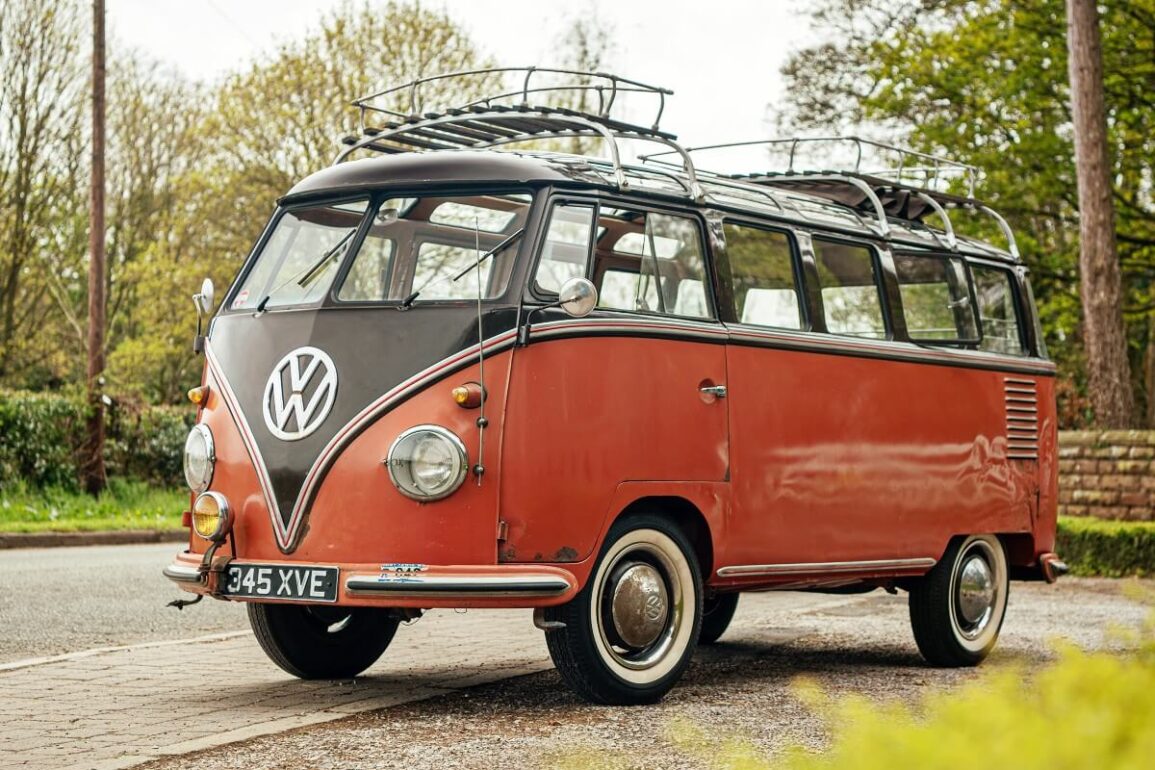 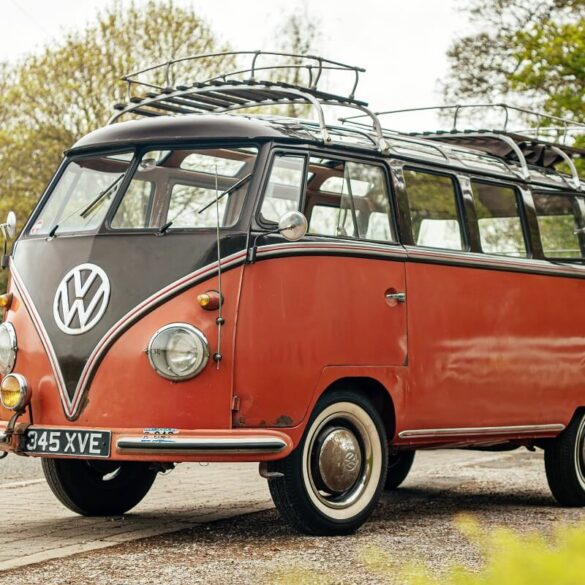 It’s not a record figure, but shows just how sought after these humble people movers are these days.

My old man had a Microbus, finished in blue and white . . . or was it cream?

I remember getting in and out of the back through the barn doors.

Introduced in 1951, the Samba (also known as the Sunroof Deluxe in the United States) was the most luxurious variant.

It was equipped with three rows of seats and “barn” doors for better access, combined with a full-length sliding sunroof.

Early models are known as 23-window buses thanks to the addition of eight panoramic windows set into the roof, but in later versions this was revised to 21-windows with the elimination of the rear corner glass in 1964.

The panoramic windows were designed to provide views of the mountains in Alpine regions.

This particular left-hand drive example has spent most of its life in the US where it was delivered new to New Orleans.

It was purchased from a serving airman in 1987, who put the car into storage for more than 30 years.

And, in an Aussie connection, the franchise owner of Subway for UK and Australia heard about the car and purchased it in 2014.

He shipped it to the UK for restoration, but then decided against it and sold the car to IRVS Restoration, one of the UK’s best classic VW restoration shops.

IRVS completed a light restoration, keeping as much originality as possible and only repairing what was necessary to make it roadworthy.

Fortunately, they left the paint work alone as they understood the rarity of the vehicle.

It was then purchased by the current owner.

The Samba is the holy grail to many VW enthusiasts around the world.

Now due to its age, good solid original buses are very hard to find making this particular vehicle rare.

The current owner is a huge enthusiast of original Volkswagens that have not been heavily modified.

Not everyone will understand the patina style and appreciate the originality still found in a bus like this, but those in the know would give their left kidney to own something as rare and as wonderful as this car.

The interior of this microbus is in original condition, apart from the headliner and rear bench which have both been recovered.

That said due to the great original condition of the rest of the interior they do not look out of place.

Most of the trims and door cards are original and the original front seat does have some wear on the driver’s side.

Even the rubber floor mats are original.

It sits on steel wheels, with whitewall cross-ply tyres.

The seller spent some time sourcing any missing details that the bus would have had from factory and refitting them.

The exterior of the bus has only had necessary repairs where a few areas needed attention and the repairs have been blended very well, so as not to ruin the original patina that the bus wears with pride.

The “sealing wax red” paint with chestnut brown top half wears great patina and with the rare nature of this model really adds to its charm.

Sadly, the microbus is not fitted with the original matching numbers 1200cc engine.
It has been replaced by another engine from the same year that has been completely rebuilt.
It runs very well and still has a 6 volt electrical system, with a starter crank handle.
The car was auctioned by Car & Classic in the UK.
Previous record-setting American, European, Australian and British sales of Sambas have ranged from $161,000 to $343,000 Aussie dollars.