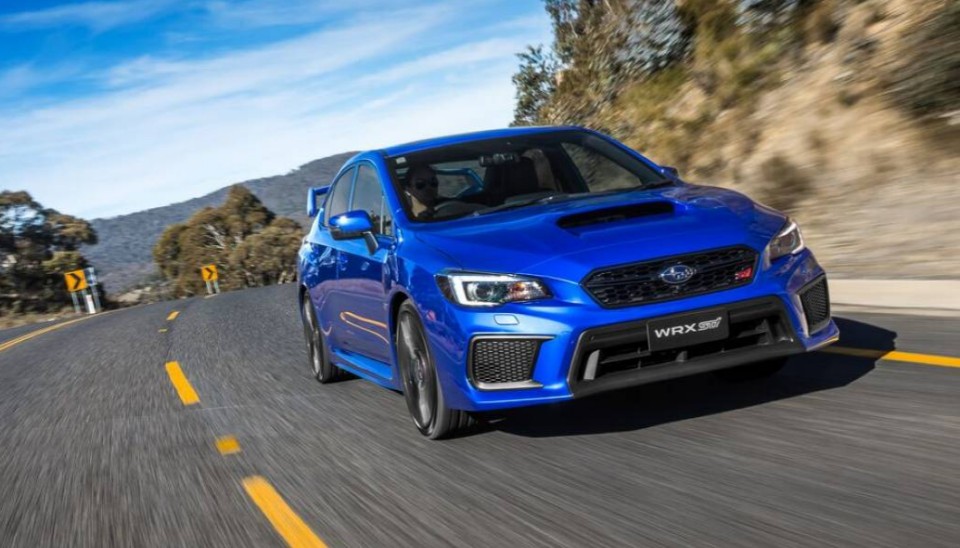 There’s a knock at the door. Sometimes rally driver Dr Bobla finds a Sooby WRX STI. There’s only one thing he can do — get it sideways of course.

I find out it’s not quite top of the line — well it is if you don’t want to pay a grand extra for super-firm Recaro seats.

It’s called the STI Premium, costs $57,690 and is clad in the iconic blue that has seen the company to a few previous world rally championships.

I see a few nods from ex -V8 owners and thoroughbred bogans down the street.

The top mount intercooler vent on the bonnet, also known as the letterbox, is there like a bird poop target of magpies and willy wagtails alike.

It has high visibility brake calipers to point out they are there to aid stopping.

The car has big dark wheels so you do not have to worry about losing the caliper location among the brake dust emitted en route to work.

It also has a darn big wing you pay for, and you will buy it or else you will look silly driving around without one, when everyone knows it is a 221kW/407Nm  STI and it will take off like an Airbus unless it’s there to stick it to the road.

Nonsense. It is there to tell everyone it is better than their car in just about every way. 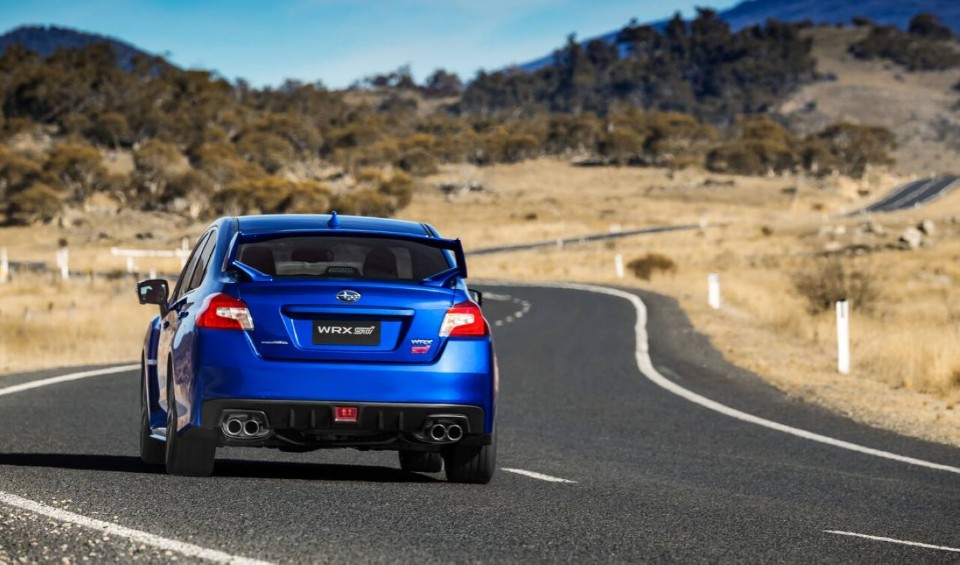 Well let’s see. You jump in and there is a very firm seat with decent bolstering and a nice red contrast and stitching to match.

Electrics take care of finding your most comfy position to begin piloting the rally-bred beast.

There’s also a sunroof, a smartass multi-speaker stereo system, a big boot and lots of slots to plug your phone, iPad or whatever into.

Immediately you notice there is a lot going on via the dashboard.

The dials are set well and the instrument cluster is contemporary, shod in red.

At night it is more like a plane with the steering and door cards all emitting the same red glow for controls of oh so many functions.

The headlights are LEDS – of the ‘bendy’ kind, so you can see more of what’s around the corner than regular fixed beams.

On start up there is a booming from the quad exhausts through the cabin. This is apparent at low rev cruising too.

The feel of the short throw six-speed gearshift is very positive.

There’s also the DCCD – Driver Controlled Center Differential – now all-electronic, that lets you dial in the bias of the torque to the tail end.

Like many vehicles there are a number of drive modes. The STI has three selectable options on the fly near the traditional hand brake, also a rare feature these days.

Normal drive mode is default on a blue line displayed as you scroll though modes. Next is S mode, lit in baby poop yellow and has a mild lift in torque at the same 2700rpm or so through to 4800rpm where it the turbo boost begins to fade.

Lastly, there’s S# mode. This you will notice has a completely different curve than normal and S.

S# mode is pink like the STI badging. It makes sense of why the wing is big and why the calipers are glaring out from behind the wheels like a lollipop person does from the road.

It is the only drive setting this car should really come with.

Kicking in earlier it gives a very linear shove until the turbo push meets the 2.5 litre engine capacity limits near 6000rpm.

This is where the performance figures come from. Zero to100km/h in 5.3 seconds.

The 19 inch wheels have 35 profile rubber that bang and bump through the stiff suspension over the lumpy bits of tar not yet repaired by our tax dollars.

There is a fair bit of feed back from the electric steering about the road beneath you, giving drivers a more communicative feel.

On the road when pushed through a turn hard the front still pushes a little more than you would hope, but it is better than previous Impreza models.

There is a lot of low down grip as well as weight to this car. It is felt in the gearshift and the moment you release the clutch to begin forward inertia.

It is something Subaru fans bank on to keep them safe and stuck to the road like their armchairs to the carpet in front of the TV while watching the WRC.

Coming out of a turn with a bit of understeer on it squats at the back and lunges forward like a gym addict on pre-work out.

Enthusiastically nimble, the Impreza is sporty if punted between 7-8/10ths.

The brakes are very good and pedal feel is sure each time through the quick road driving. 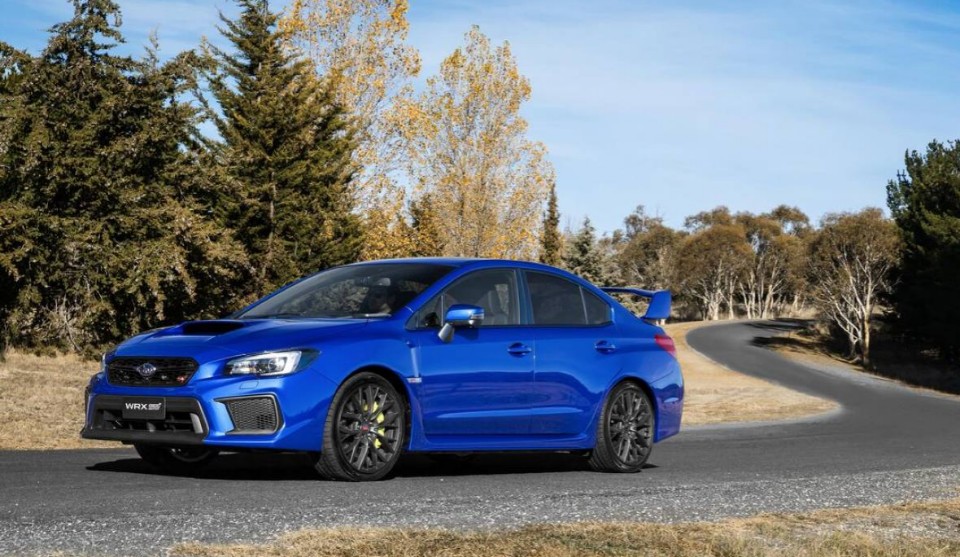 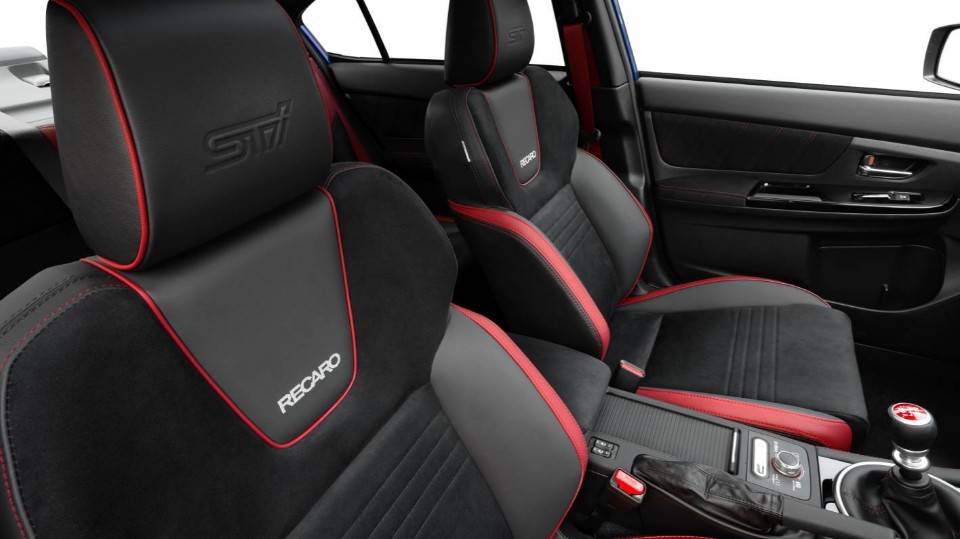 The Impreza STI relives past rally glory through a familiar recipe.

For the same sort of dollars as it has been for a long time, it represents fair value when stacked against the competition.

Many will love how true this car has been through three decades of reinvention.

I’m happy to say it’s a proper driver’s car a sea of commuting options, but as grippy as it is — it doesn’t fully grab me.

S# drive mode will, however, get the blood pumping in boxer bogans countrywide.

The Subaru with a split personality

Check out deals on the Subaru WRX STI