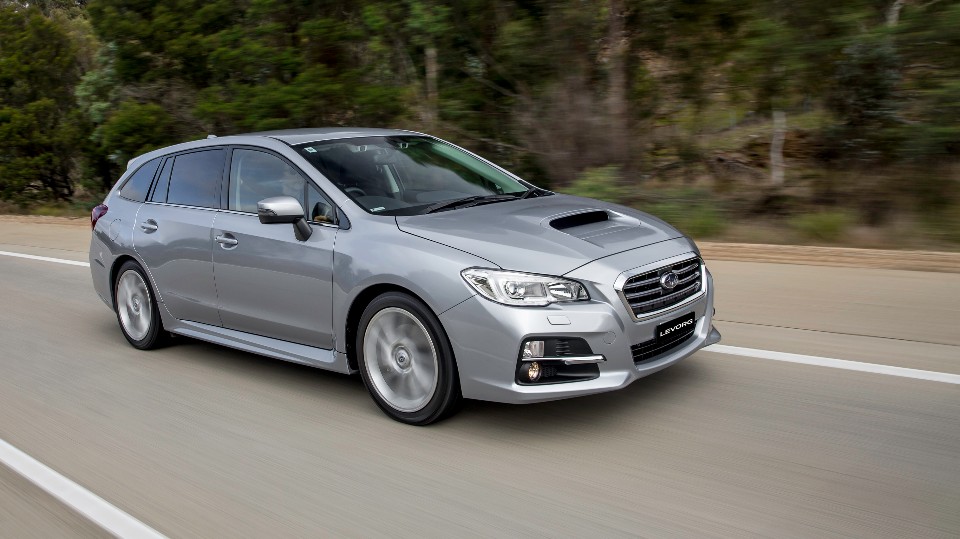 LEVORG might sound like a name for a pet brontosaurus, but the Subaru with that unfortunate nomenclature is actually one of the Japanese brand’s best.

Levorg does not mean anything in any language. Rather, its said to be a contrived  contraction of Legacy, revolution and touring — but the committee failed to realise it became an unflattering ‘grovel’ in reverse.

Anyway, enough of the word games.

Gone are the former GT and B-Spec variants, their places now taken by a 2.0 GT-S and a 2.0 STI Sport. 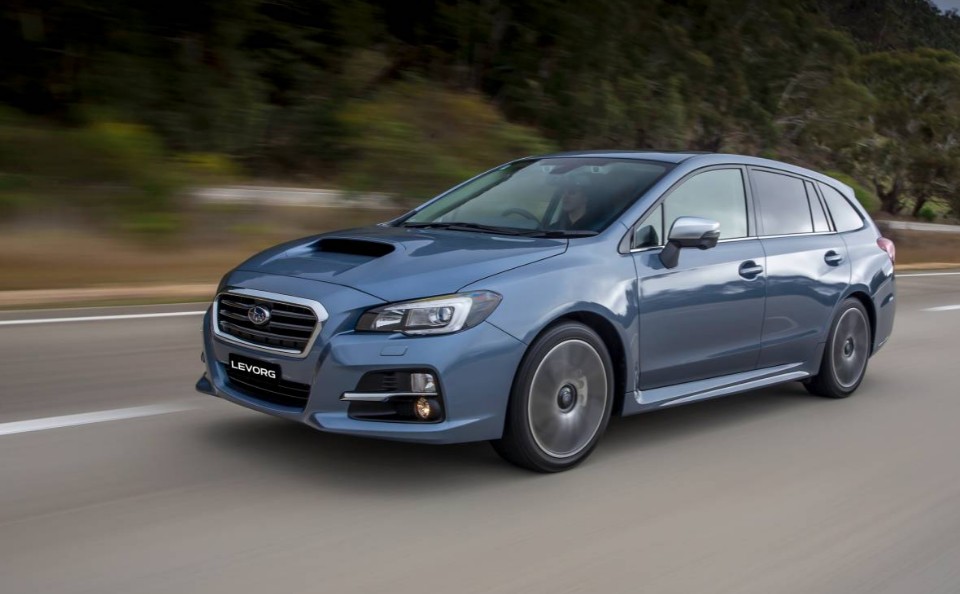 Our GT-S, priced at $49,140, is $2850 less than the STI Sport. Differences are minimal and mainly cosmetic: blue STItching instead red, STI logos on the instrument cluster, sills and exhaust tips and STI coil springs on the back, rather than Bilsteins and a wee change to the grille. Oh, maroon leather trimmed seats too.

So the STI is no faster, but if you must sit on leather and have the badges . . .

The turbo boxer engine is linked to a clever stepped CVT transmission which operates as a six-speed in normal drive mode, but gains another two cogs in S# mode.

It’s a strikingly handsome vehicle with athletic lines, and a big bonnet airscoop emphasises the point.

Fact is, the Levorg is virtually a WRX wagon. It uses a stretched version of the WRX platform to give it great cargo space – about 500 litres with the back seats in place – and spacious and comfortable accommodation for five adults.

Fold the back seats, which now come in a handy 40/20/40 split and the cargo section expands to 1400 litres on a perfectly flat floor.

That’s about the same interior space as a biggish SUV, but with much better looks, performance, safety and driveability.

AS far as specification goes, the GT-S wants for nothing.

Instrumentation is comprehensive – to the point of being almost distracting.

Apart from the binnacle with its rev counter, speedo and digi-readout, plus fuel and temperature gauges, there’s a central pod on top of the dash which displays myriad functions, and then there’s the central touchscreen.

There’s an excellent wide-angle reversing camera too, plus a side-view and front cameras.

Also new are the LED steering-linked headlights – a real boon – and Auto Vehicle Hold, which prevents the car from rolling fore or aft without you having to keep a hoof on the pedal.

The list goes on, though. How about Smart Rearview Mirror? Images of the area behind the car are taken by a camera mounted above the rear gate glass, and displayed in the rearview mirror. 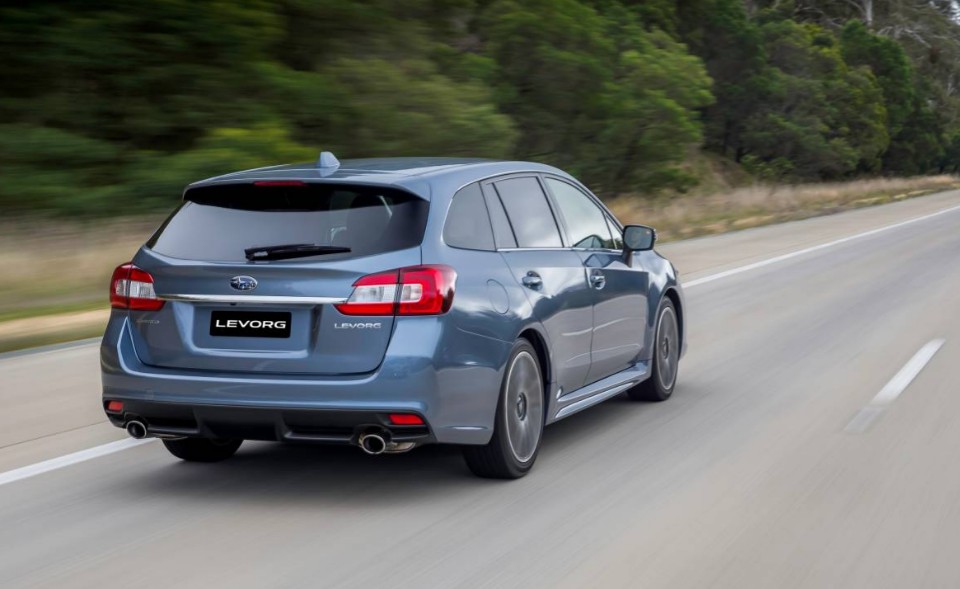 The leather-rimmed height and reach-adjustable multi-function steering wheel is a good thing, with a variety of buttons – including S and S# modes – and paddles if you reckon you’re smarter than the CVT.

The smooth and gutsy powertrain can take the 1550kg Levorg to 100km/h in 6.6seconds and it’s a very pleasant machine to drive.

Visibility is fine, the steering spot-on and the car’s planted stance and all-wheel drive sends it through corners quickly and confidently, with barely any body roll.

The big brakes now have new compound pads that lift performance 20 per cent and the car runs on 18-inch alloys with 225/45R18 rubber.

Safety-wise, there are seven airbags plus all the dynamic and passive bits, and Subaru’s ‘Eyesight’ technology, which scans the road ahead to prevent whacking other traffic or smartphone-attached pedestrians.

It also has lane departure warning, blind-spot detection, rear cross-traffic alert and, yes, of course it scored five stars in the safety stakes. 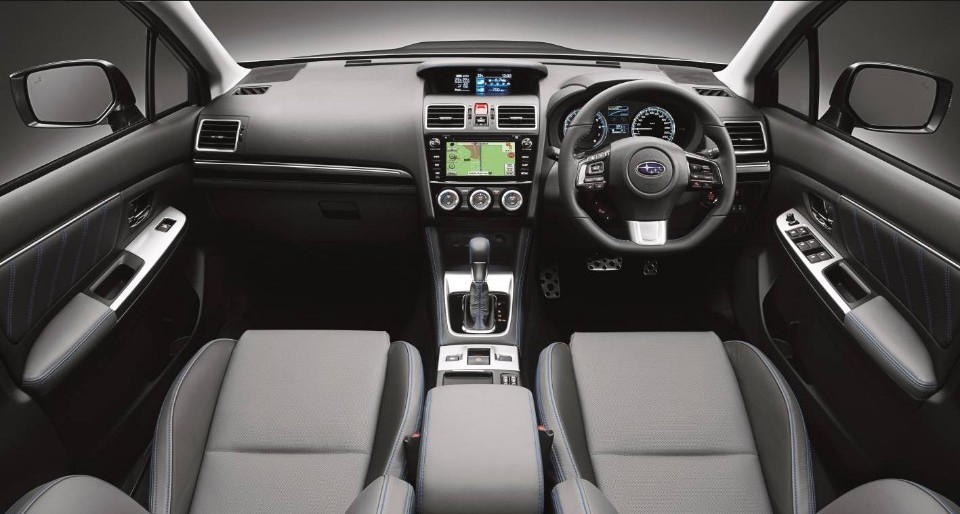 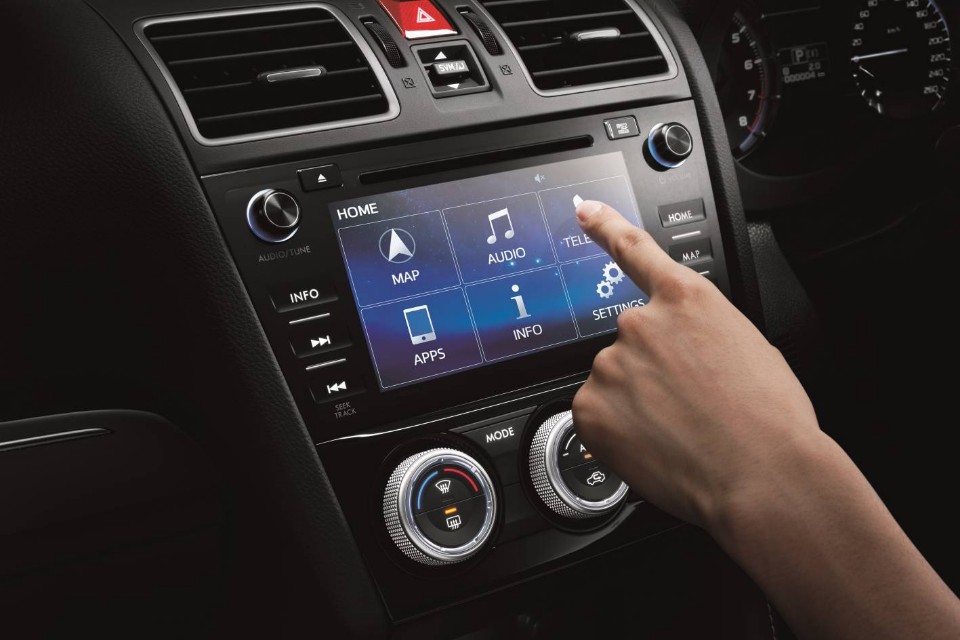 A fine quality, comprehensively equipped performance package. Much to love.

Subaru WRX STI: grip without gls on the Subaru Levorgrab

Check out deals on the Subaru Levorg