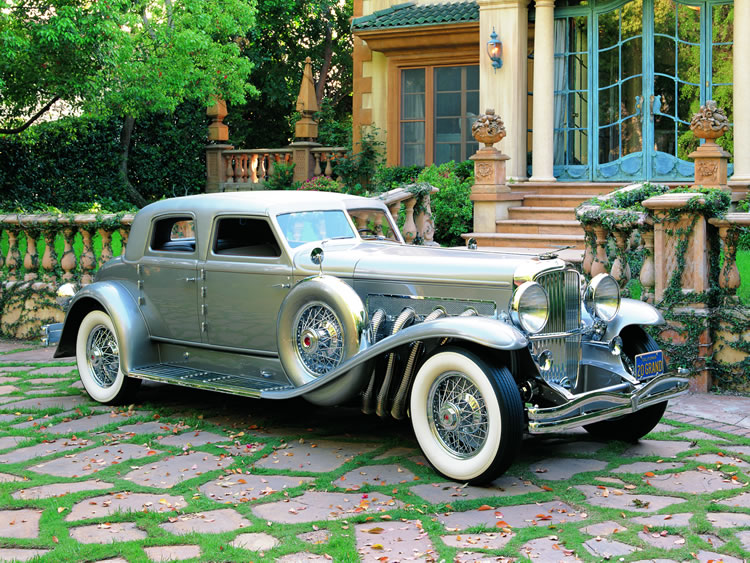 Stunning Nethercutt collection a must see

Hidden in a nondescript, mustard-coloured building outside Los Angeles is one of the most stunning assemblies of rare automobiles in the world.

It’s out in the middle of the San Fernando Valley, in the Los Angeles suburb of Sylmar – about a 45 minute drive northeast of LAX.

The tradition is continued by their son Jack.

About half of the collection is on display at any one time.

And, get this, it is FREE to the public.

This is a must-see for any classic car tragic who happens to be in Los Angeles.

In fact, it a must see, plain and simple.

Nethercutt’s collection demonstrates what passion, style and millions of dollars can do when applied to the preservation of classic cars.

Nothing here is done in half measure.

Every car in J B’s collection is fully driveable.

He has won the Pebble Beach Concours d ‘Elegance Best in Show an unprecented six times.

The centrepiece is a one-of –a-kind 1933 Duesenberg called the Twenty Grand.

Designed by Gordon Buehrig, (who also did the 1935 Cord) the Twenty Grand was built as a show car for the 1933-34 Century of Progress Exposition in Chicago.

The finished car’s price tag was $20,000, a jaw dropping amount in the middle of the Great Depression.

Experts estimate the car would fetch upwards of $35 million if auctioned today.

He refurbished both cars and entered them in the 1958 Pebble Beach Concours d ‘Elegance.

The DuPont won the coveted “Best in Show” award.

The collection is diverse and housed in two large exhibition halls.

It is obvious that serious money has been applied here.

The floors, walls, support columns of the buildings are all marble and mirrors and resemble a New York car showroom from the 1920s.

To add to the ambience, a self-playing grand piano tinkles away in the background playing songs from the 1920s and 1930s.

Apart of the Twenty Grand, there’s a bewildering array of European and American built automobiles from the 1920s through to the 1960s including Cadillac, Lincoln, Cord, Ruxton, Isotta-Fraschini, Delahaye, Minvera, Renault, Maybach, Bentley , Bugatti, Mercedes, Talbot and Rolls-Royce.

But J B did not only collect high end marques.

J B and his wife also collected musical instruments from around the world, particularly pipe organs.

These are all housed on the top floor of the Museum.

As a special addition of our tour the Museum’s curator cranked up the main Wurlitzer theatre pipe organ, the biggest in the world.

You ain’t lived till you’ve heard this baby belt out a few tunes.