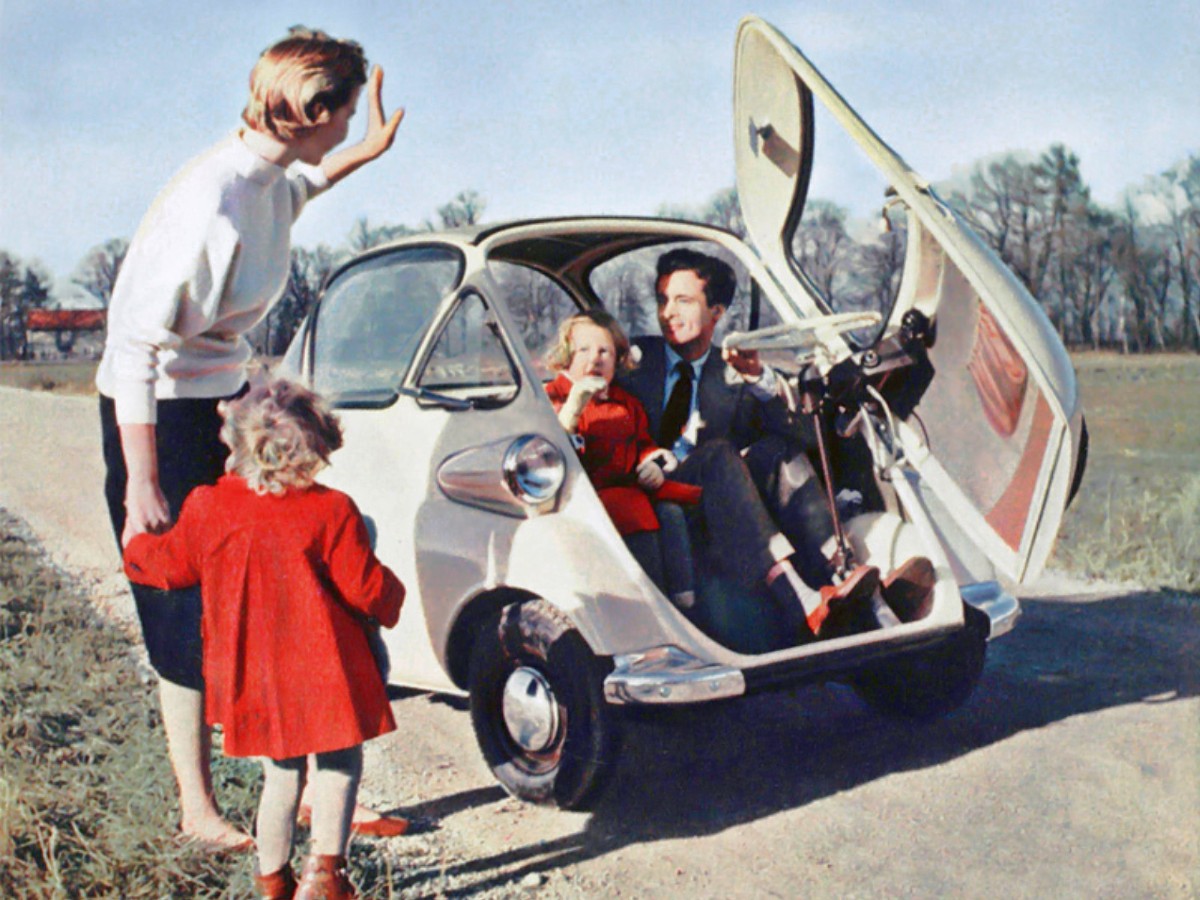 Back in the late 1950s, BMW was not the sporty, successful manufacturer that it is today.

In fact, bankruptcy was on the cards and talks were held with Benz about a possible takeover.

BMW’s problem was that t had a disparate range of vehicles, with the cheap, tiny bubble car Isetta, the high-priced luxury 501/502 sedan and two sports cars — the 503 and 507.

Only the Isetta, which was licenced from an Italian refrigerator maker, sold in large numbers.

But its contribution to the bottom line was as small as its size.

And, demonstrating BMW’s basic problem, was that it could only manage to sell 413 examples of the 503 in three years — basically because it was so expensive.

What BMW did not have was a mid-range car that sold in volume numbers, and made a healthy profit.

Consequently, its finances were dire.

Bankruptcy was a possibility.

In fact, in late 1959, the Board was discussing a takeover bid with Daimler-Benz.

But there was one hold out. That person was Herbert Quant.

He could see the potential in the new 700 series rear-engine cars and in what would become known as the “neue klass” range, planned for 1962.

So, he started to buy more shares and so the threat of takeover was extinguished.

Unveiled at the 1959 Frankfurt Motor Show, the 700 was the first BMW to use a monocoque structure.

Powered by a rear-mounted, 697cc flat-twin derived from BMW’s motorcycle engine, it proved to be just the thing BMW needed.

The Neue Klasse (New Class) sedan made its debut at the Frankfurt International Auto Show in 1961.

The New Class was a line of 1.5-litre, well equipped, great handling, compact sedans that were affordably priced.

Mercedes had nothing like it and BMW’s sales rose year on year, as those who wanted something more exclusive than a German Ford or Opel — were won over to BMW’s cars.

In 1968, when BMW’s US importer, Max Hoffman, suggested they insert a 2.0-litre four-cylinder engine into the two-door “new class” body, the sports sedan was born in the form of the BMW 2002.

The BMW 2002 became the darling of the motoring media.

In the USA, it became the car that “yuppies” bought, though they weren’t called back then.

“The Ultimate Driving Machine” had arrived.