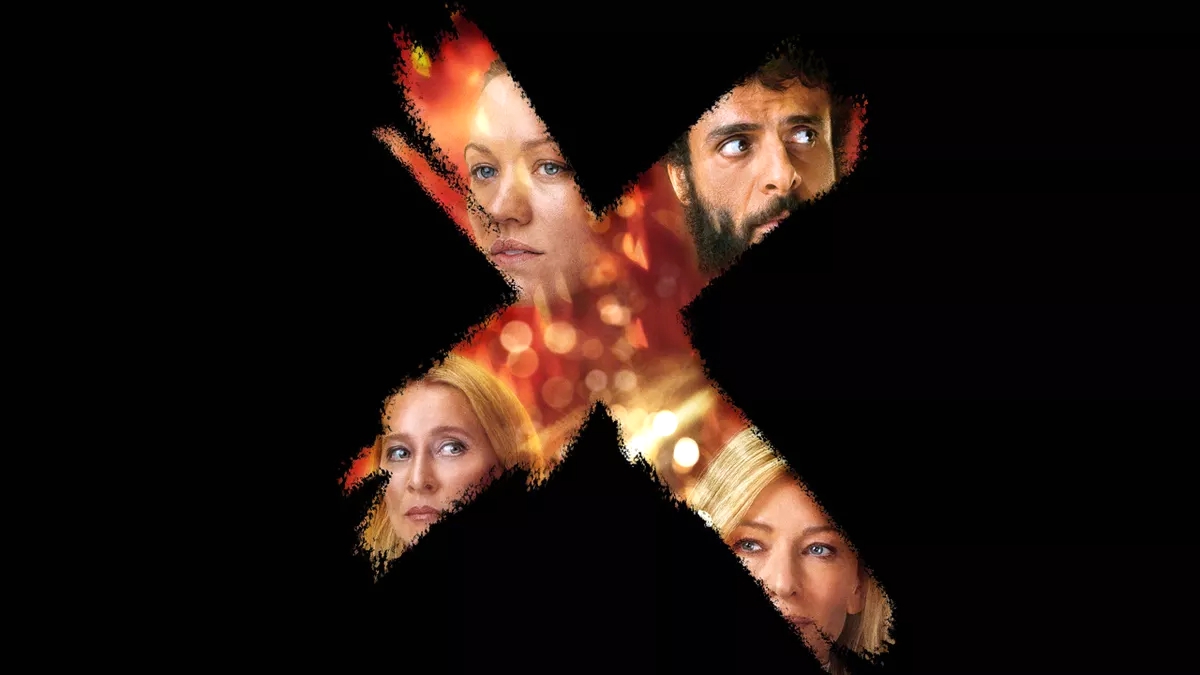 At any normal, non-locked-down, non-virus infected time, Stateless co-created by Cate Blanchett would have rang bells across the country.

The great pity of the complete news monopoly of the pandemic means that Stateless’s incredibly revealing and disturbing portrayal of life inside Australia’s detention centres has had little impact.

A certain Federal MP with a passing resemblance to a root vegetable is probably happy with that.

Stateless tells stories familiar to Australians, and centres on four characters subject to the rigours of the Australian mandatory detention of refugees.

The six-part story centres on a portrayal of a case like that of Cornelia Rau, the Australian permanent resident detained illegally by the Australian Government — a case which changed but didn’t improve the lot of refugees seeking asylum in this country.

Yvonne Strahovski (The Handmaid’s Tale) plays Sofie Werner, a flight attendant from an abusive family upbringing who is drawn into a damaging cult.

Suffering from worsening mental health, she escapes but finds herself in immigration detention after attempting to avoid identification and embarrassment with her family.

We see the experience of Afghan refugee Ameer (Fayssal Bazzi) and his family as he runs the gauntlet of corruption and people smugglers, only to end up separated from his young family at the final hurdle in the most gut-wrenching of circumstances.

Miraculously finding himself in the same camp as his daughter, Mina (Soraya Heidari), his joy is unbounded, but only briefly as he struggles with news about his other family members and competing pressures to reveal and retain secrets about his journey to Australia.

Any misstep along an increasingly unravelling tightrope will see him and possibly his daughter deported to likely death.

We watch Cam (Jai Courtney), a man raising a family in a dead end job in a regional town lured by the money on offer by the private security firm running the detention centre.

New job, more money, new house, happy wife. However, we watch his growing discomfort at the character and calibre of his fellow guards.

The guards are low achievers, barely trained, who take the view that it’s all just a job. A job that involves a degree of physical and psychological violence towards the detainees, that at least some guards find invigorating.

The emotional strain of detaining and controlling some seriously stressed and damaged people leads Cam to become estranged from the family whose circumstances he was trying to improve.

We also come face to face with the absurdity of office bound public servants being put in charge of managing a prison.

As happened in a previous regime last century with a penchant for administrative precision, chillingly we hear detainees referred to by file numbers rather than names in all interactions between guards and bureaucrats.

It’s a good thing there were no tattooists on staff.

Claire Kowitz (Asher Keddie) is a mid-level, just promoted bureaucrat on her first assignment following the abrupt but largely unexplained departure of her predecessor.

Coached in the distant bureaucracy of the Canberra office of her Department, and monitored and directed by a remote, hard-as-nails senior manager, Claire is forced to make commandant-like decisions over punishments and restraints, and present the camp as a wondrous and happy place to visiting dignitaries.

Meanwhile, back in head office, 9 to 5 office clerks shuffle lives, move files around, go for coffee, forget, misplace, misfile and get their pay cheques.

The Brokenwood Mysteries: If it ain’t broke . . .

As the threads of the lives of the characters of this six-parter come together, all are pushed near to the edge of sanity.

Given that the series is so strongly drawn from real cases, if you’re after an experience of what it would have been like in the Baxter detention centre, to wander aimlessly in square wire enclosures for years, look no further than the elderly gentleman in the periphery of the story.

There he sits, silently, on a single chair on the dirt, in the open, dressed in his best (but now dusty) suit, luggage carefully packed beside him, waiting day after day, month after month, for years for the Department to approve his claim for asylum and release him.

He expects it any time now, but the Minister has other ideas for these file numbers.

Stateless is available to stream on iView and outside Australia on Netflix.

You’d think refugees were criminals the way they are treated.