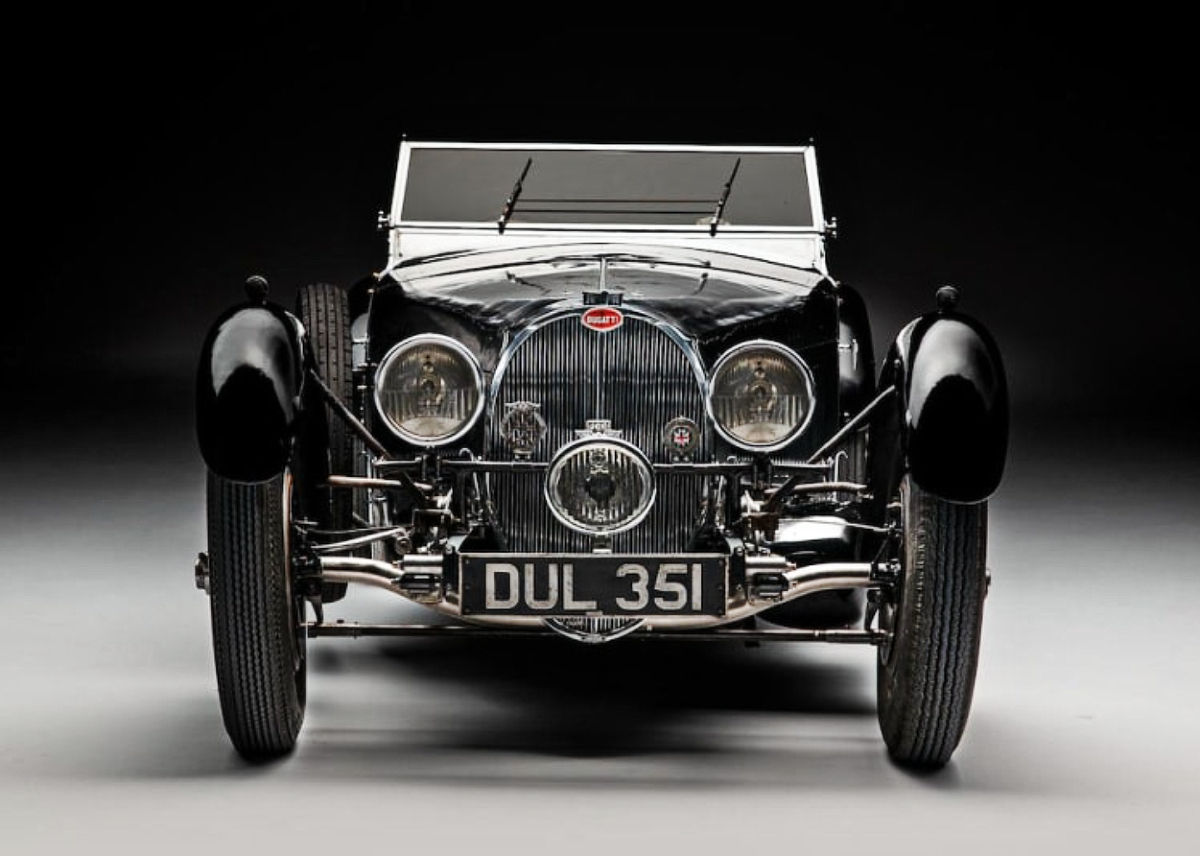 Home
Wheel life
Spare a thought for Dulcie (and $7.3 million)

SACRE bleu! Why would anyone call a lovely and super-rare French car ‘Dulcie’?

The answer lay in its UK number plate: DUL 351

The car, one of only 42 produced, had been off the road for the past 50 years, languishing in the North Staffordshire workshop of its late owner, respected engineer and Bugattiste Bill Turnbull.

It was still in exceptionally original condition, mechanically restored to Mr Turnbull’s exacting standards and sold for just a fraction under its £5,000,000 estimate.

It was originally ordered new by Robert Ropner, a member of the Ropner Shipping Line family, who specified a custom-built four-seater sports Grand Routier body fashioned by the celebrated coachbuilders Corsica of London to envelope its powerful 3.3-litre engine, which made the 57S the fastest road car of its day.

With the success of the marque on the racetrack during the golden era of the 1930s, Bugatti sports cars were regarded as Grand Prix cars for the road and were often the off-duty transport for leading racing drivers.

As well, the car’s chassis has been identified as one of only three special lightweight frames produced for the 1936 season of Grand Prix winning and multiple world record-breaking Bugatti works Type 57G Tank streamlined sports-racing cars, the factory racing derivative of the 57S.

“This really is an extraordinary example of one of the most valuable and desirable pre-war motor cars,” Bonhams UK director Sholto Gilbertson said.

“It could well be the last ‘hidden’ pre-war Bugatti of note.”

The car has a 3.3-litre twin-cam straight-8 engine with magneto ignition and dry-sump lubrication.

The car was owned by Syd Greene, founder of the Gilby Formula 1 Racing Team.

Greene had lost an arm in an accident, so he channelled his enthusiasm into his  racing team and competed in 12 Formula 1 races from 1954 to 1962, running mainly Maserati 250F and Cooper-Climax cars.

In 2010, marque specialists Bodylines restored the DB4’s chassis and body and returned its original Snow Shadow Grey finish, while the Leather Conservation Centre did restorative conservation of the original red-leather seats.

The car, on chassis number 2109, had been in the care of its owner for more than 55 years.

It was originally  delivered to Hugh Hunter, a famous Brooklands competitor, on February 13, 1934.

It was one of only 85 examples built by the short-lived British firm after its success in the Northern Ireland Tourist Trophy in 1931 and 1932.

Autocar magazine featured it in its March 23, 1934 edition which described the car as having a striking appearance due mainly to its unusual colour scheme “which is golden brown with cherry-red upholstery.”

The car had been off the road for about 10 years, with marque specialists Blakeney Motorsport recommissioning it.

There was also a lovely 1965 Ferrari 275 GTS at the auction, but it was sold by mutual agreement in advance of the sale for an undisclosed sum.

Treasured by a single family since 1977, this rare jewel was one of only 19 right-hand drive examples of the 200 luxury 275 GTS variants produced during Ferrari’s ‘golden age’.

The GTS was offered from a renowned UK-based private collection in Sera blue with black leather interior and a private registration number ‘II HLO’ and the all-important Ferrari Classiche Certification.

CHECKOUT:Luce in the sky with diamonds