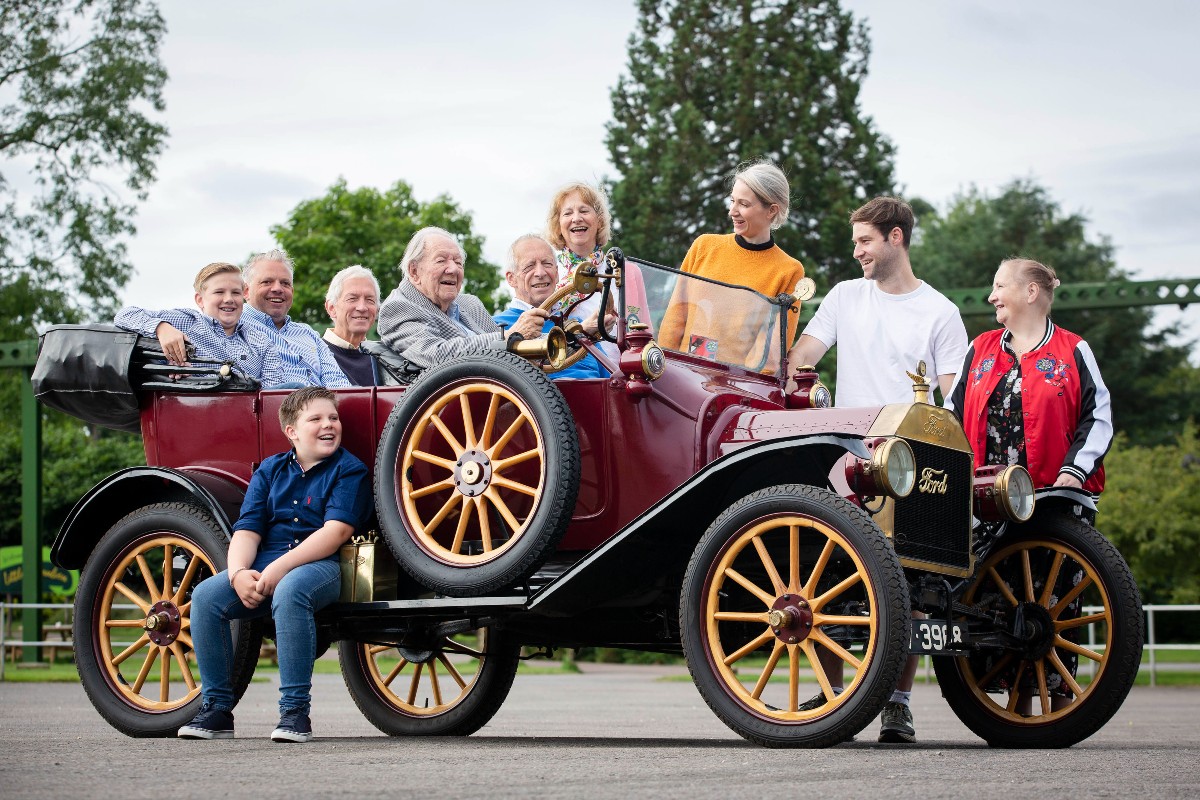 Something old, something new . . . something electric?

Home
Wheel life
Something old, something new . . . something electric?

Back in 1930 Harold Baggott got his first taste of driving at the wheel of the local milkman’s van on the family farm.

He was 10 years old at the time and if you do the maths that makes Harold 101 years old, and believe it or not — he’s still driving errands.

In fact, Harold quite likes the idea of new-fangled electric cars, for one reason because they’re the kind of cars his grandchildren and great grandchildren will be driving in future.

He got a taste of what to expect this week behind the wheel of Ford’s new Mustang Mach-E — a fully electric SUV that bears the famous name.

Born in 1920, Harold, from Portsmouth, in Hampshire, got his license way back in 1936, the first year that licences were introduced.

You could say he’s a bit of a Ford man.

The family has owned 20 Fords, as well as Ford commercials converted into coaches for the fleet of 140 buses run by their bus and travel company.

They include a Mk1 Consul, a Corsair GT, two Mk1 Granadas and three Mk2 Granadas.

His love of cars is shared by sons David and Jonathan, both of whom went on to become racing drivers.

Harold found himself transported back to those early days of motoring at the National Motor Museum in Beaulieu, with a ride in a 1915 Ford Model T from Ford’s heritage collection.

“The foot pedals are so different and the throttles are on the hand and the steering is very direct,” he said.

Then he was invited to drive the Mach-E, with great grandsons Felix, 15, and his brother Charlie, 12.

Felix apparently also has ambitions to be a racing driver.

Harold was impressed by the quietness of electric motoring.

“Since the age of 10, I’ve retained my interest in motoring and today find myself interested in the switch to electrification following the government phasing out the traditional combustion engines I’m used to,” he said.

“I have reminisced about my driving history with the Model T and seen what the future has in store.

“It was exciting to get behind the wheel of what I expect to see my great grandchildren will be driving.”

Introduced late last year, Mach-E is Ford’s first all-electric SUV and has a range of up to 610km.

CHECKOUT: Mustang Mach-E: Sorry, what was that question again?