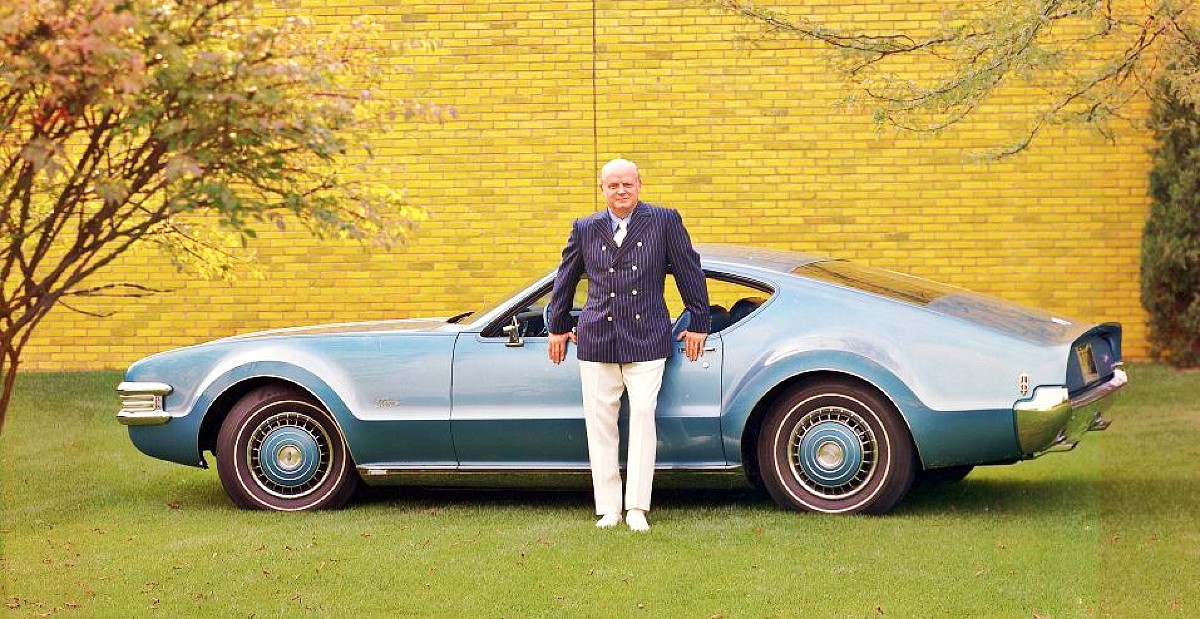 It’s more than 50 years since General Motors rolled out its ground-breaking Oldsmobile Toronado.

With front wheel drive and stunningly bold styling, the Toronado has become one of the iconic automobiles of the 20th century.

What is not generally known however is that the Toronado was not originally envisioned as the big, soft, highway cruiser it became.

Rather, its designer, David North, and GM’s boss of styling Bill Mitchell, both believed it should have been a Mustang-sized sporty car.

It was an internal battle they fought with GM senior executives and bean counters — one history shows they lost.

To save costs, the Toronado as we know it, was built on a shared platform with Buick’s 1966 Riviera.

The cars share many panels, including the roof, windscreen, doors and glass.

Despite losing the quest to keep the Toronado as a smaller car, Bill Mitchell continued to champion the idea of a smaller Toronado.

To prove his point, he had one created. It was hand built and fully operational.

Work on the car started in early 1966 and progressed slowly.

It was not finished until 1968 and carried that year’s Toronado styling themes.

There is no doubt the “shorty” Toronado is a stylish automobile.

Painted iridescent blue, it was a two-seater.

Despite its swooping roof line, the opportunity to create a hatchback was totally missed.

Mitchell was photographed with the car, something he allowed only with cars he really liked, and concept cars he was keen to see move into production.

But the world had moved on.

By 1968, GM had just unveiled the Chevy Camaro and Pontiac Firebird and did not want another “pony car” in its line up.

So the shortened Toronado was put away, in a warehouse and shown to the public on only one occasion — way back in 1972.

You have to wonder what would have happened if the short Toronado, and not the Camaro/Firebird duo, had been GM’s pony car offering?

Would it have succeeded?

I spoke to David North about the car. He remembers it well.

He also mentioned Mitchell had him draw another shortened Toronado, this one with a rumble seat in place of the boot.

David thinks this second car ended its days at Oldsmobile’s Lansing factory as a “push” car.

It was fitted with big, ugly rubber and wooden bumper bars so it could push non-starting cars off the end of the production line.

General Motors have no records of the shorty Toronado ever being dismantled or destroyed.

Maybe it is still out there, hidden under a tarpaulin in some forgotten warehouse, probably sitting next to the Ark of the Covenant.