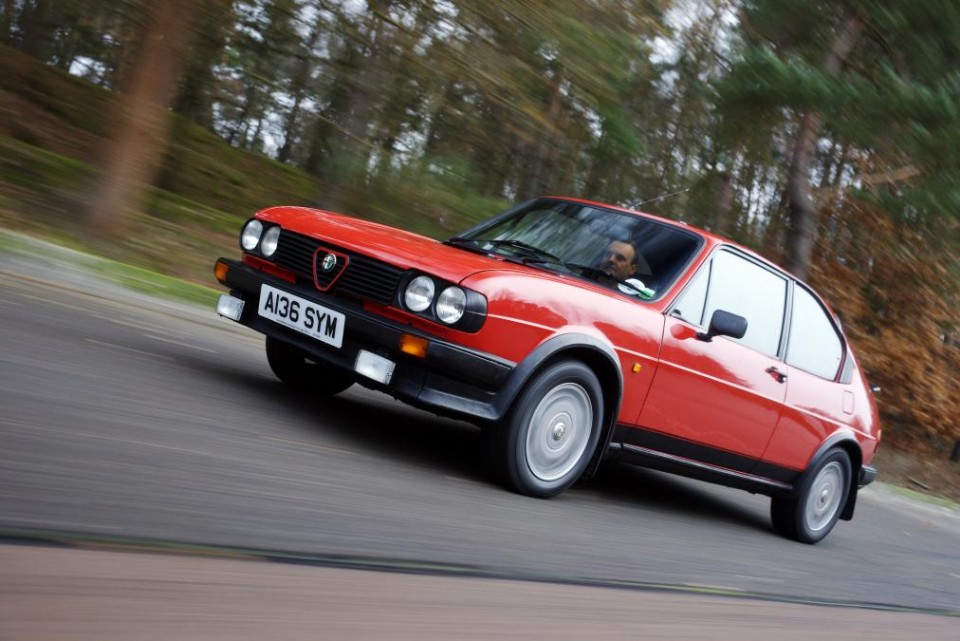 There are three things I remember vividly about the Alfasud Ti I owned back in the early 1980s – rust, rust and more rust.

That might, however, be a tad harsh because a few other far more positive memories come back when I put my mind to it.

They include a sweet 1.5-litre boxer engine and its superb marriage with a 5-speed gearbox, great handling and remarkable stopping power from four-wheel disc brakes.

But oh, that rust.

My Italian racing red Ti was about four years old when I bought it from a mate and while it was already showing more rust than I liked, the sheer joy of driving the sweet little Italian coloured my judgement about buying it.

After two years of ownership, there was noticeably less Alfasud metal than when I acquired the car and I was becoming increasingly concerned about the sense my continuing ownership.

When I mentioned my corrosion concerns to my previous-owner mate, he immediately offered to buy the car back – and for the same money I had paid him.

The history of the Sud dates back to 1967 when Alfa Romeo decided to develop a small, front-wheel-drive car to slot below its existing model line-up.

The project was developed by Austrian engineer Rudolf Hruska and the body styling was entrusted to the great Giorgetto Giugiaro of ItalDesign.

Southern Italy was very much the poor end of the country back then and the government was keen to do something about it.

Negotiations with Alfa Romeo’s board resulted in the formation of a new company with a seriously impressive moniker –Industria Napoletana Costruzioni Autoveicoli Alfa Romeo-Alfasud S.p.a.

Alfa itself held 90 per cent of the share capital and the remaining 10 per cent was subscribed to the financial arm of the government-controlled IRI group.

In April 1968, construction began on a new state-sponsored plant that would build the Alfasud and three years later, the car was unveiled at the Turin motor show. It stayed in production for a remarkable 17 years.

The car was 3890mm long, 1590mm wide, 1370mm high and it rode on a 2455mm wheelbase. Suspension was via MacPherson struts at the front and a beam axle/Watts linkage set-up at the rear.

The car’s name was derived from combining the words “Alfa”  with “sud” (sud being Italian for south).

The car’s 78kW flat-four engine was a radical departure in engine design for Alfa Romeo but Rudolf Hruska knew that the “boxer” layout meant a lower centre of gravity, better handling and a lower bonnet that would give the driver better visibility.

Also radical was the inboard positioning of the two-door Ti’s front disc brakes.

While the aforementioned rust tended to dominate my life with the Ti, I can honestly report that I did not have a single mechanical problem with the car in two years.

Out on the road, the Sud was, quite simply, a delight: zippy and responsive with great all-round handling, great stopping power and a super-slick 5-speed gearbox.

The offset pedals were a bit strange — and very Italian – and the punter behind the wheel had to be careful not to hit the ”go” pedal when in fact you wanted the brake.

Despite its front-wheel-drive layout, the car, with its rack-and-pinion steering, had excellent turn-in characteristics and you had to push stupidly hard to bring on much understeer.

While the sprint to 100km/h took a tad over 10 seconds, my recollection is that it seemed quicker than that. Alfa Romeo claimed a top speed of 160km/h and I certainly saw that (and a tad more) on occasion.

There was an 8000rpm rev counter, that red-lined at 6500 revs as I recall, and the engine seemed quite happy when the needle strayed into the red zone.

The Alfasud also has something of a motor-sport history – even here in Australia.

In Europe there were Sud racing series in Italy, Austria, France and Germany and in 1977 the “Trofeo Europa Alfasud” was established and the best drivers from each country vied to be the marque’s champion driver.

Even driver’s of the calibre of Gerhard Berger competed.

In Australia, probably the car’s best result was in the 1980 Hardie-Ferodo 1000 at Bathurst, where a Ti finished fourth in the up to 1600cc class.

While not the most memorable car I’ve ever owned, I really did enjoy my time in the Ti.

I’m just grateful I don’t have it today. It’d probably be a pile of rust in the garage.