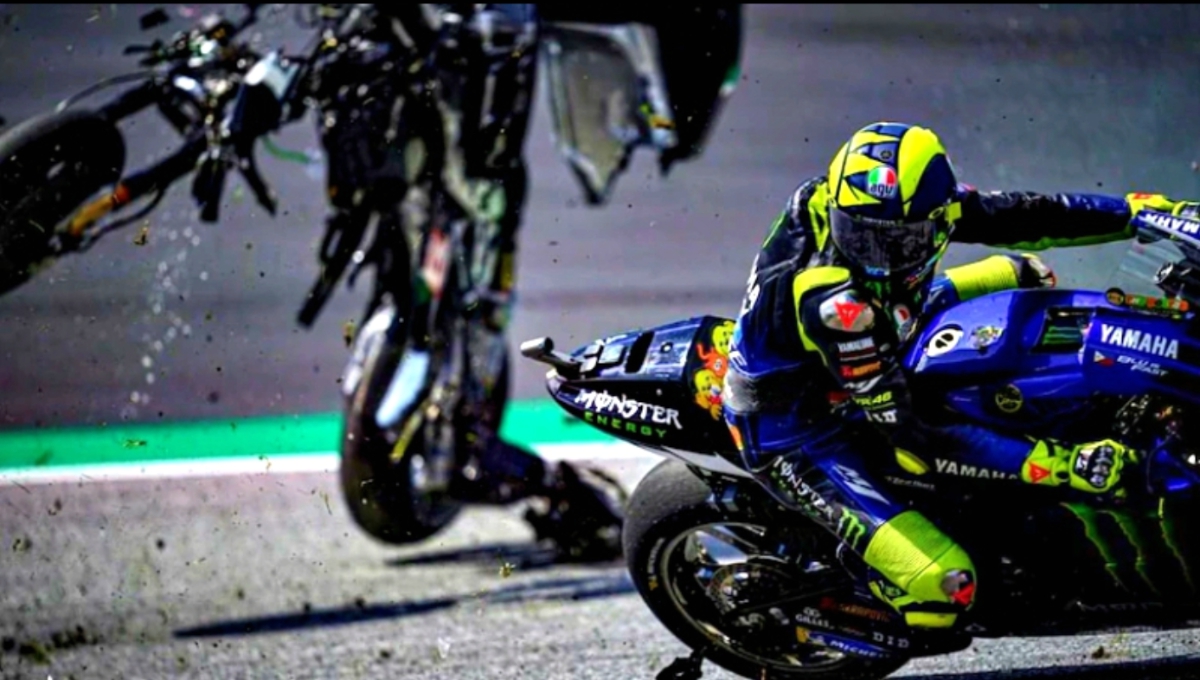 VETERAN Yamaha racer Valentino Rossi has urged riders who make their way up to the premier class to exercise caution when fighting for track positions.

His plea refers to the collision that briefly halted Sunday’s Austrian Grand Prix at Spielberg.

The red flag came out early in the race when Franco Morbidelli’s Yamaha collided with the Avintia Ducati of Johann Zarco, with their cartwheeling bikes nearly taking out Rossi and Vinales at turn three of the Red Bull Ring.

The two bikes missed the 41-year-old and teammate Maverick Vinales by centimetres as they slowed down to negotiate the turn and Rossi looked visibly shaken when he returned to the garage before the race’s restart.

“It was so scary, it was terrifying,” Rossi, a seven-times premier class champion, said. “For me, now everybody is very aggressive but also from the small classes.

“I think it is good to be aggressive because everybody tries to do the maximum, but we don’t have to exaggerate.

“You need to respect the other riders that are on track with you.

“We can’t forget this sport is very dangerous, especially in a track where you have long straights and you’re always going 300km/h.”

Rossi, who finished fifth, said he had spoken with Zarco who explained that he did not brake on purpose to catch Morbidelli off guard.

“He went very wide in braking and he slammed the door in the face of Franco,” Rossi added.

“With this bike when you ride 300km/hr, you have the slipstream, so Franco didn’t have any chance to brake.

“I was with Maverick when we entered turn three and I felt something coming towards me. I thought it was the shadow of the helicopter because sometimes it crosses the race track.

“But then Franco’s bike passed me at an incredible speed and also the bike of Zarco jumped over Maverick.

“We were very lucky, but we hope this type of incident is a lesson for riders to improve their behaviour in the future.”

Next MotoGP, the BMW M Grand Prix of Styria, is on the same circuit on Sunday.

It might be a slightly tamer race. But probably not.

CHECKOUT: This Indian is worth bottling