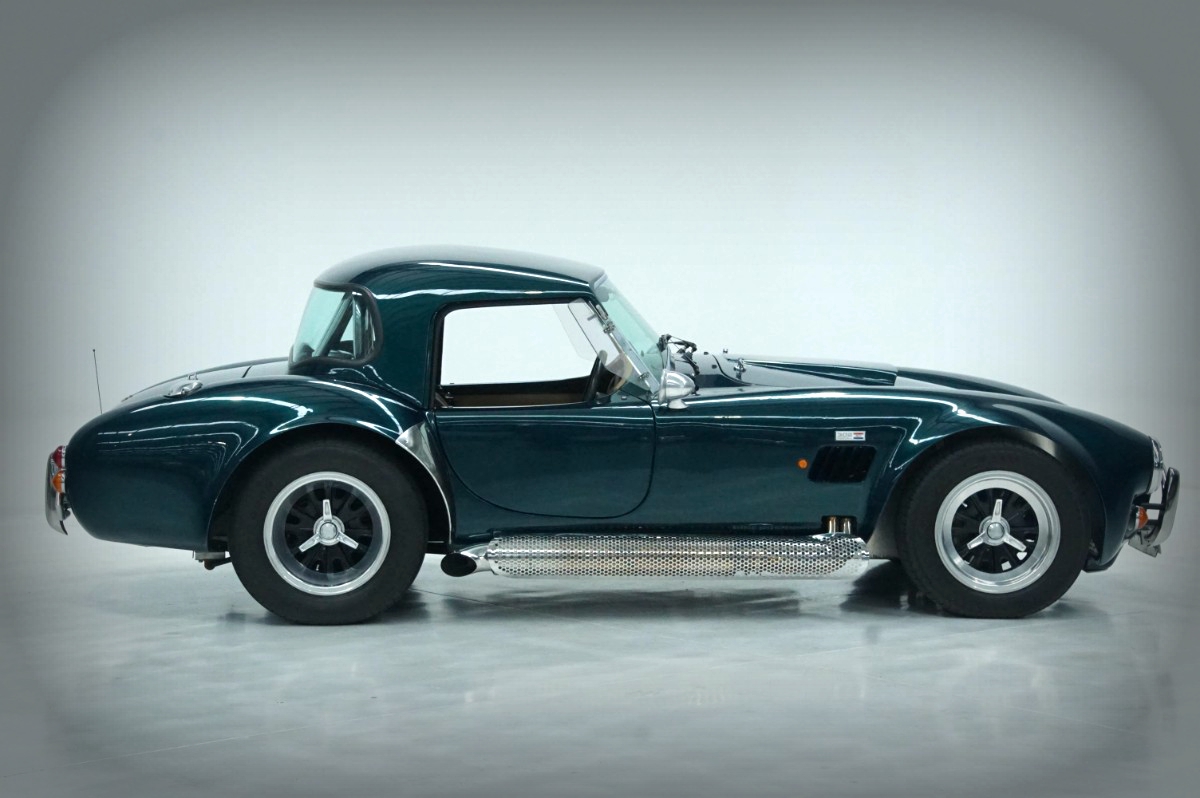 The Shelby Cobra occupies a special place in motoring folklore.

Created by Texan Carroll Shelby in the early 1960s, it combined the US muscle of the Ford small-block V8 engine with a suitably modified English sports car chassis.

Later models with the Ford big block 427 V8 could put away the dash in a blistering 3.7 seconds.

Being the stuff of legend the cars rarely come up for auction and when they do command big bucks these days, spurring plenty of replicas.

One of the best known and most highly regarded of them comes from Robnell Sports Cars based here in Australia.

Created by Rob Darnell, the Robnell was designed around a steel space frame in place of the original crude ladder affair, had fully independent suspension with Koni adjustable shock absorbers and disc brakes all round.

The bodywork, a mix of Kevlar and fibreglass, closely follows the lines of the aggressive 427 Cobra and was available with a host of modern features including air conditioning, cruise control, leather upholstery and even ABS and traction control.

The choice of engine was down to the customer, with most opting for modern fuel-injected Ford V8s.

This is the Robnell R/C that started it all — number X01 — the prototype Robnell.

This car has the original body and chassis used to make the body moulds and chassis jigs on which production of all of the Robnell cars were based from 1990 to 2003.

A total of 67 cars were produced during this time.

Featuring a fibreglass/Kevlar body, its classic Cobra lines are covered in an iridescent blue/green paint called Boston Blue which is a BMW Colour, though there’s some crazing evident on the nosecone, bonnet scoop and left rear guard top.

All the Cobra icons are there . . .  Halibrand-style alloy wheels, working side exhaust pipes, chrome rollbar, polished bullet exterior mirror and quick-release aero-style fuel filler and chrome nudge bars front and rear. Inside the cockpit is swathed in tan leather with matching carpets, a Nardi steering wheel, stereo and full instrumentation.

The Build plate X01 sits proudly on the centre console.

Its interior is in excellent condition, as are most of the body accoutrements, which you’d expect from an indicated 12,000km (at time of cataloguing).

Under the twin-lock bonnet there’s a 302ci Ford V8 fitted with a Robnell Boss camshaft ground by Wade Cams, developing 207kW hooked up to a five-speed manual.

X01 is fitted with the only lift-off Robnell hardtop to be finished and painted to match the rest of the car, there is also a tonneau cover.

A head-turner whichever way you look at it, with performance to match, this Robnell S/C also brings with it a bit of history as the very first of its kind.

Previously on Victorian club registration, the prototype Robnell S/C is being offered for sale here unregistered and is expected to fetch between $80,000 and $90,000 when it is auctioned by Shannons next Monday, December 9 in Melbourne.