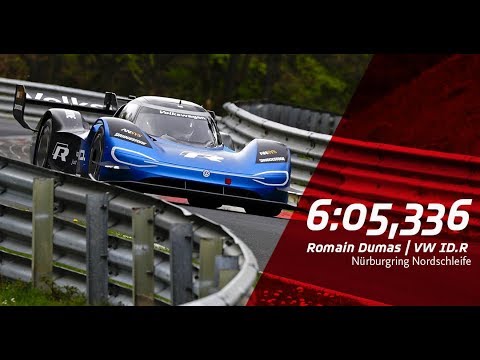 The Pikes Peak and Goodwood Festival of Speed record holder posted a time of 6:05.336 minutes for the ‘Ring, eclipsing the previous record set in 2017 by 40.564 seconds.

The previous record was set by Britain’s Peter Dumbreck in a Chinese NIO EP9.

Dumas is a four-time winner of the 24-hour race at the Nürburgring.

“To be a record-holder on the Nordschleife makes me unbelievably proud,” he said.

“For me, this is the best and most difficult race track in the world. I want to thank the team at Volkswagen Motorsport, who have once again done a fantastic job.

“The ID R was perfectly prepared for the Nordschleife and it was so much fun to experience the blistering acceleration and rapid cornering speeds.”