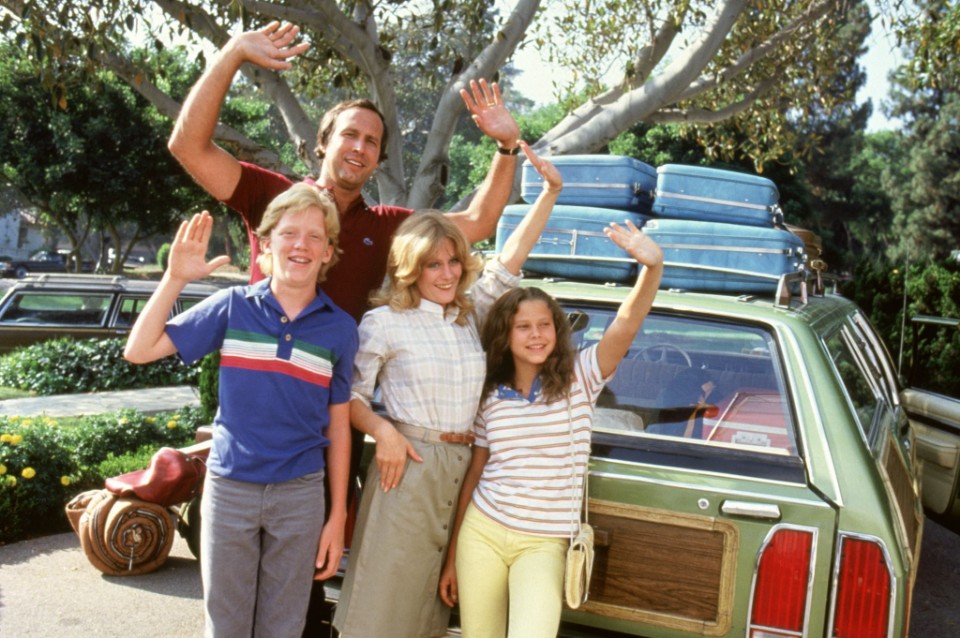 So what do you do — drive or take the easy way out and fly?

Common sense says fly, because you will get there quickly and you’ll have more time to enjoy the sights.

But the good family man sees a cross-country trip in the car as a great chance to bond with the kids.

So, having decided to drive, the next decision is what is the best car for such a trip?

A bit of research tells you the perfect car is the Antarctic Blue Super Sports Wagon with the CB and optional rally fun pack.

At least that was Clark Griswold’s plan in the hit 1983 movie National Lampoon’s Vacation.

Unfortunately for Clark, the dealer didn’t have the Super Sports in stock, so he had to settle for Metallic Pea Wagon Queen Family Truckster.

As the salesman told him, if you think you hate it now — just wait till you drive it.

In reality, the Family Truckster was a 1979 Ford LTD Country Squire Station Wagon with some modifications, courtesy of George Barris who created many of the Hollywood specials including the Batmobile.

In the movie, Clark spots a red Ferrari driven by the gorgeous Christie Brinkley and of course tries to keep up with it.

While the Family Truckster did have a big V8 under the bonnet, it would have almost certainly had trouble keeping up with one of Enzo’s red devils.

The Griswolds set out from Chicago to visit Walley World in California, a fictitious theme park that sounds like it is based on Disney Land (and it was).

The mascot, Marty Moose, is also too close to Micky Mouse for comfort.

Along the way, Clark plans to visit as many holiday spots as he can, including a house of mud, the largest ball of twine in the world — not to mention the Grand Canyon.

But things don’t quite go to plan for Clark, with one disaster after another.

He accidentally kills a dog, Ellen’s grandmother dies in the back of the car, and finally, Clark crashes the good old Family Truckster near the Grand Canyon.

But through all of these calamities, Clark is remains focused on his dream — to take the family to Walley World.

Imagine how he feels when he gets to Walley World, only to find it is closed to the public for maintenance.

The script was based on a short story by John Hughes, written from the point of view of Rusty, Clark’s son.

But as Chevy Chase was an established star, the perspective was changed to Clark.

The movie did well at the box office, and spawned European Vacation, Christmas Vacation and Vegas Vacation.

Hawkins had it coming, or did he?

At one time, it was rumoured the Griswolds would travel down under for an Aussie Vacation — but that never eventuated.

Years later, in 2015, another Vacation movie was filmed.

In this version, a grown up Rusty takes his family across the country to take his own family to Walley World.

Along the way they stop in to visit Clark and Ellen, and borrow the old Family Truckster to finish the trip.

It’s a little known fact that the Truckster used in this film belonged to a real-life family named the Griswolds.

They created the replica wagon to take their two daughters on family trips and, in July 2014, they drove across America, visiting the locations seen in the original film.

Their journey ended on the 31st anniversary of the film at Walley World (Six Flags Magic Mountain), where they rode the Colossus roller coaster before it was due to close (apparently it burnt down two weeks later).

I loved Vacation back in 1983, and still get a good laugh whenever I watch it again.