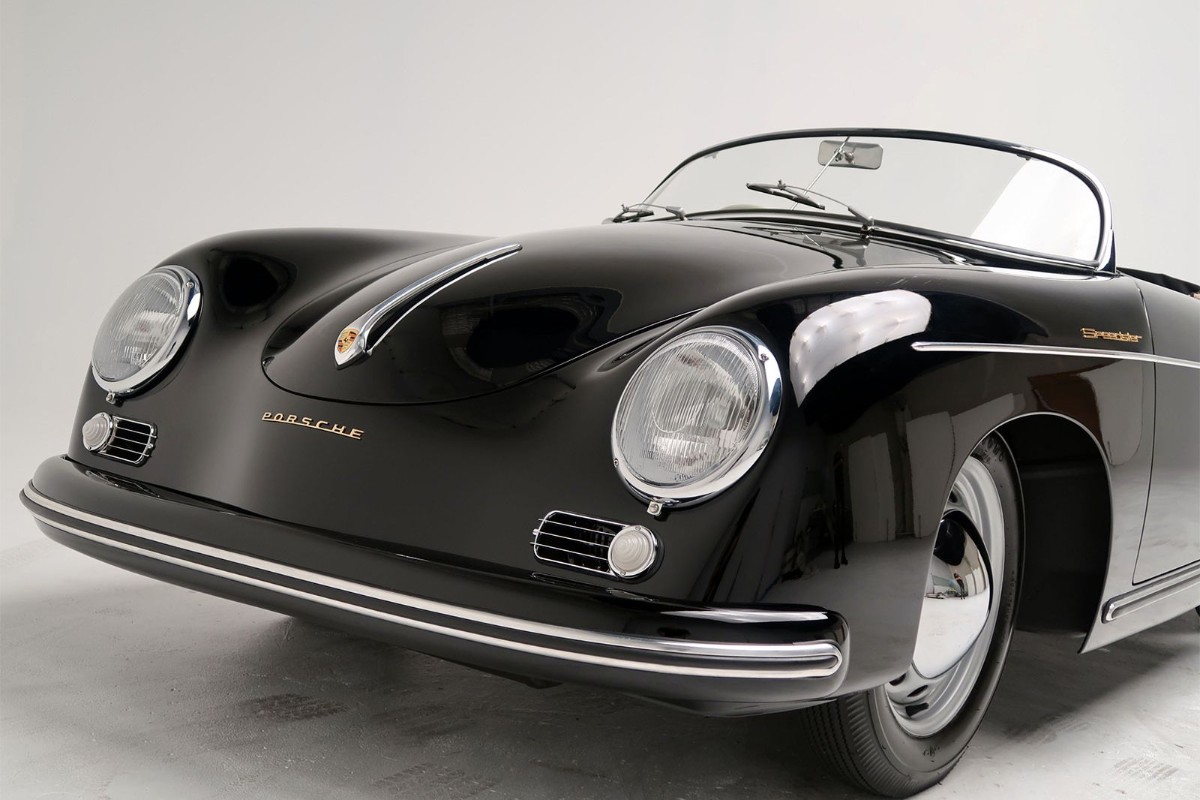 A rare Porsche could go for more than $1 million when it goes under the hammer next month in Sydney.

The 1955, Pre-A Speedster is one of just 26 right-hand drive examples built and only one of three delivered locally.

That makes it incredibly rare and the car is likely to attract international attention at the Shannons Sydney auction on Monday, February 17.

Built at the instigation of Porsche’s North American distributor Max Hoffman, the original Speedster was a stripped down, open-topped version of the 356 and became very successful in North America as a dual-purpose sports car, proving popular with amateur race drivers.

The car was originally delivered by Hamiltons in Melbourne on July 6, 1955 and was finished in Signal red with black leatherette trim — changed to stunning triple black as part of the resto.

It’s believed to be the actual car used by Wheels magazine for its January 1956 road test.

The Speedster has spent many years off the road and was last registered in 1978.

After finding its way to Darwin, the car was involved in an accident in 1969 and didn’t turn a wheel for another 50 years, passing to a long-term custodian in the Brisbane suburb of Sherwood who stored it under his house in derelict condition for decades.

Since it re-emerged last year it has covered itself with glory, winning the trophy for ‘Best Restoration’ at the 2019 Sydney Harbour Concours d’Elegance.

Many Porsche enthusiasts consider the Pre-A Speedster one of the marque’s most desirable and highly collectable models.

To put this in context, Porsche 356 production is split into four main categories:

Of the total number of 356s built, only around 10 per cent were ‘Pre-As’ — with even fewer being Speedsters.

Adding to the auction car’s rarity is that the majority of the 1234 Pre-A Speedsters were built for the US market, with just 26 factory-built in right hand drive.

The earliest 356s were powered by a Volkswagen-derived flat four displacing 1068cc and rated at 40 horsepower — but the 1300cc motor became an option from 1951 onwards.

In 1952 the body was refined with revised bumpers and a one-piece windscreen that was bent in the middle.

A new 1488cc motor became available with a roller-bearing crankshaft, twin Solex carburettors and a handy 60 horsepower on tap.