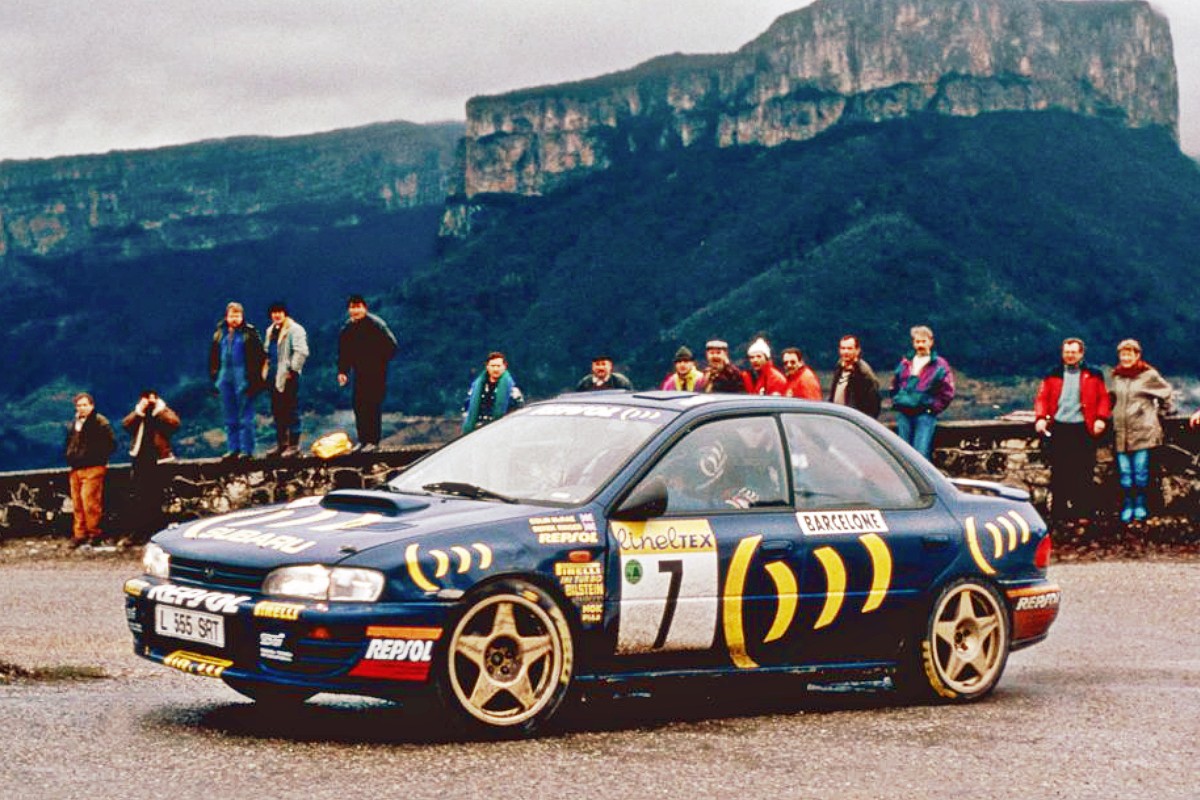 A rare 1994 Subaru Prodrive 555 Group A rally car could go for more than $1 million at auction.

The car was campaigned by by Colin McRae and Carlos Sainz and is in original, unrestored condition.

This unrestored GC8 Group A rally car is one of 63 commissioned by Prodrive and has been in longterm storage since it was retired in 1996.

“Today it’s had a wash and a check of its history, and it may well be worth more than $1 million.”

Lloyds describes the Subaru as one of the most important world rally cars in history.

It was first car to wear the famous L555REP number plates, celebrating Repsol’s sponsorship with Carlos Sainz and Subaru.

Repsol’s personal sponsorship of Sainz forced the driver to leave Toyota after Castrol became the title sponsor of the team in 1993.

Sainz is believed to have claimed a third in the car in 1994 at Monte Carlo, after starting the race from eighth position and driving through treacherous snow and ice.

The Subaru has had three owners since it was raced and has been authenticated by ICAAARS and Possum Bourne Motor Sport (PBMS).

It is still fitted with its original 2.0-litre turbocharged engine and six-speed manual gearbox.

“This is a once in a lifetime opportunity to own such a unique vehicle and we are honoured to pass it on to the new custodians.”

You can view the 1994 Subaru Prodrive 555 Group A here or visit www.lloydsauctions.com.au for more information.

Due to the high interest in this vehicle all bidders must pre-register with the contact below for bids to be accepted.

CHECKOUT: New WRX — but was it worth the wait?

CHECKOUT: What’s a rally without Subaru?