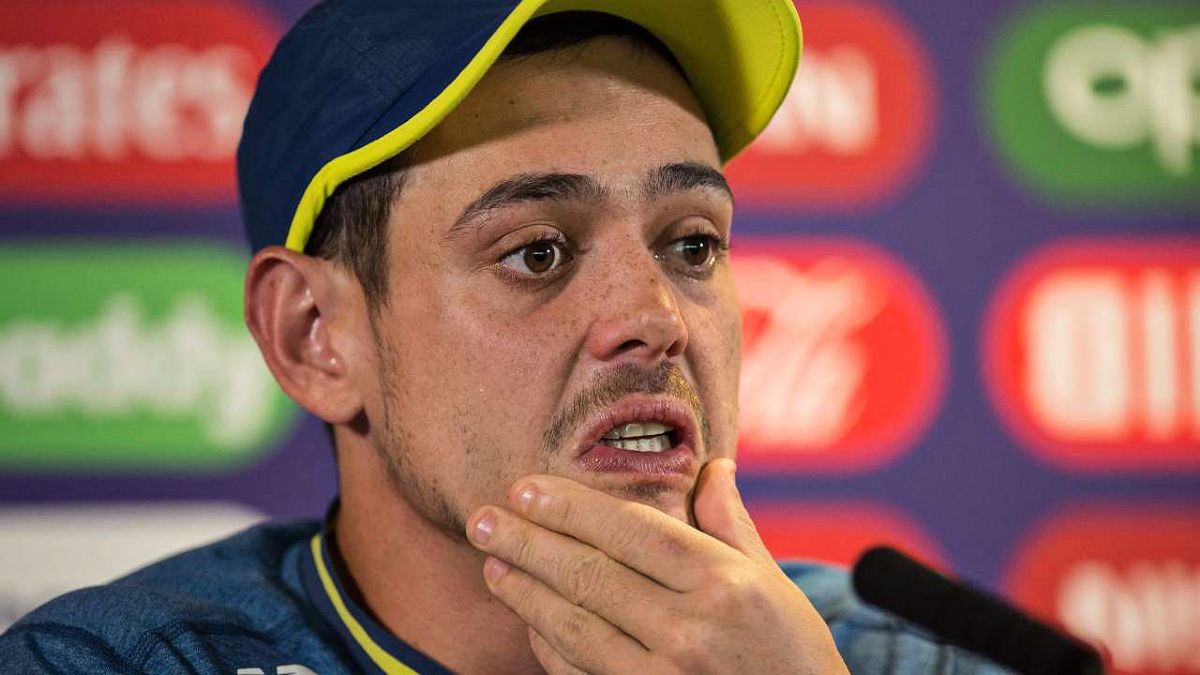 Racism returns to haunt the pitch

Despite tasting success at Test and ODI level, Australia has never won a T20 World Cup.

And so, with not a great deal of fanfare, the 2021 T20 World Cup has begun in the United Arab Emirates and Oman.

Australia goes into the tournament ranked third behind New Zealand and India.

It’s a great pity the World Cup wasn’t held last year, because it would have been the 2020 Twenty Twenty World Cup.

But I digress (again). The Aussies got off to steady start, beating South Africa in our opening game.

South Africa bounced back by beating the defending champions, the West Indies on Tuesday night.

But it was what happened before the game that grabbed the headlines.

South African keeper/batsman Quinton de Kock made himself unavailable for the game just prior to the start for personal reasons.

While to date there has been no official reason given for de Kock’s decision, there is plenty of speculation that it might be related to a decision by Cricket South Africa that all South African players would have to “take a knee” prior to every game — in support of the Black Lives Matter movement.

So who is right and where do we go from here?

It is important to look at the history of cricket in South Africa.

Cricket has always been a huge sport here. When South Africa left the Commonwealth in 1961 following a referendum, it lost membership to the ICC — but continued to play tests against Australia, New Zealand and England.

And so, in 1970, the ICC officially banned South Africa from competing against any ICC nation.

Barry Richards made his test debut in 1970 at the age of 25. He only played four tests, all against Australia.

Richards amassed 508 runs in seven innings at an average of 72.57. He scored two centuries with a high score of 140.

Graeme Pollock made his test debut in 1963 and had played 23 tests by the time his nation were banned from world cricket.

He was just 26 when he played his final test.

He scored two double centuries and another five centuries, with a high score of 274.

Both men could have gone on to be ranked among the greatest batsmen in history, had their careers not been cut short.

All three players continued to ply their trade in domestic competitions around the world, including Kerry Packer’s World Series Cricket in the late ’70s

After South Africa as a nation gave in to pressure from around the world and dismantled apartheid, South Africa was again allowed to play international cricket from 1991.

Six years later, current coach, Mark Boucher, made his test debut and between 1997 and 2012, he played 147 tests and took a world record 555 dismissals as a wicketkeeper.

Why NSW will win State of Origin

It has now emerged following a report by South Africa’s Social Justice and Nation Building Ombudsman’s report into racism in sport that Boucher was guilty of racism towards teammates, including Paul Adams — during team meetings and fines sessions.

Boucher claims he doesn’t know who changed the lyrics of the Boney M song Brown Girl in The Ring, but admits that he did join in and sing the derogatory lyrics, directed at Adams — a man of colour.

Black players in South Africa had to fight hard to get a chance to represent their country and many felt that they were powerless to stand up to the deeply entrenched racism that had crept into the team.

It is disappointing that following Boucher’s admission of racist behaviour, he wasn’t sacked as coach.

This sends mixed messages. On the one hand, they are now mandating that all players take a knee to support Black Lives Matter, but on the other — they have taken no action against their coach (who has admitted to being a racist).

While I respect de Kock has the right to support or not support the Black Lives Matter movement, I think the history of racism in South Africa has to be considered.

We cannot change history, but we can learn from the mistakes of the past.

Given that until the early 1990s, South Africa still practised legalised racism, is it really too much to ask today’s players to take a knee before a game.

They are not being asked to join a protest march — just take a knee.

Over 80 per cent of South Africans say that religion is an important part of their lives.

Most Christian religions mandate kneeling at certain times during services.

With South Africa’s racist past, the most disappointing aspect is that all current players didn’t volunteer to perform a small gesture to send a message that racism is not acceptable in sport.

CHECKOUT: I’m tipping the Rabbitohs (but I would)