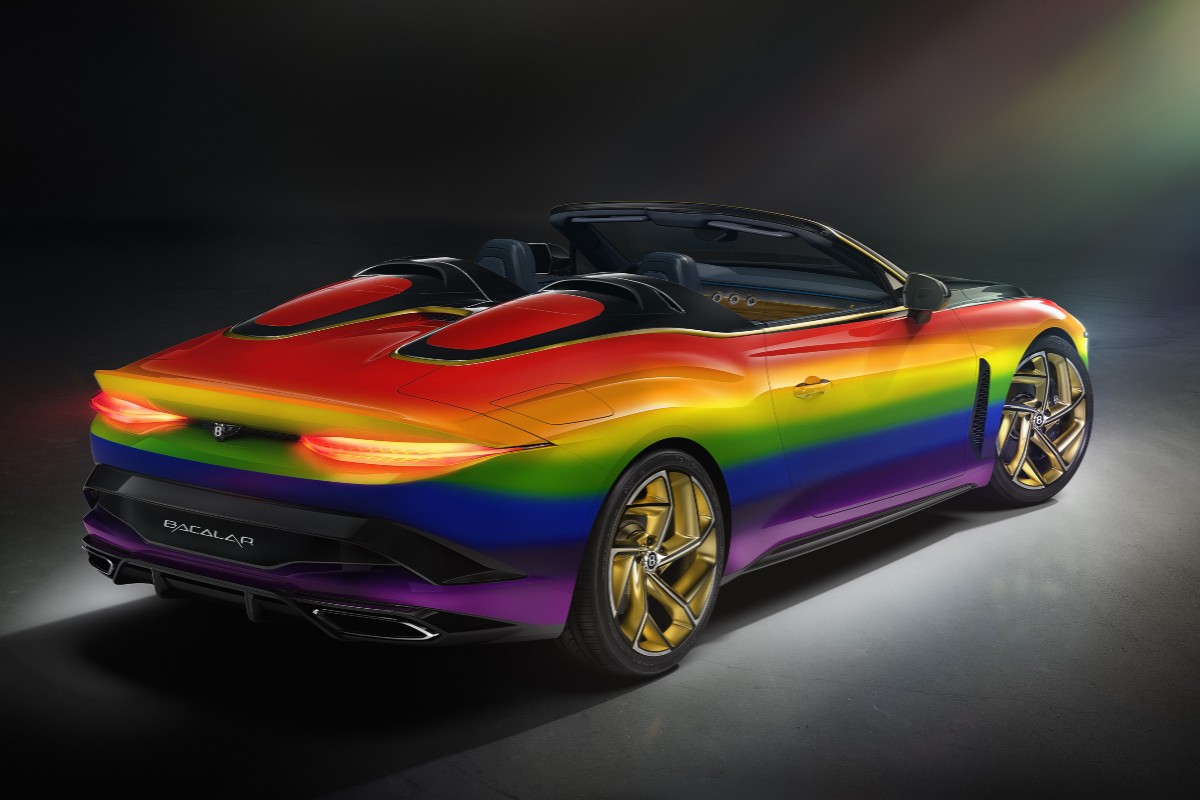 Bentleys, like Rolls-Royces, are stately vehicles, usually finished in distinguished black or other sombre shade.

But when Bentley staff were asked to create their own personalised Bentley Mulliner Bacalar, the winning entry turned out to be the most colourful Bentley ever seen on Planet Earth.

The contest was judged by the brand’s design chief, Stefan Sielaff, and the ‘exterior’ winner was Eleanor, whose rainbow-themed concept “reflected the current situation with a symbol of gratefulness and hope.”

The two-seat Bacalar marks a return by Bentley to bespoke coachbuilder Mulliner, said to be the world’s oldest coachbuilding company.

Only 12 of these grand tourers will be built, all engineered and handcrafted to the client’s individual tastes.

All are powered by an enhanced version of Bentley’s 6.0-litre W12 twin-turbo engine, which produces 485kW.

“Although real-world production is limited to just 12 cars, anyone is able to imagine their dream specification from Bentley’s unrivalled spectrum of interior and exterior colours,” the company says.

“As Bentley starts its recovery and continues to support the community, its own version of the rainbow can be created from a paint range as diverse as it is extensive, from rich reds through vibrant mid-tones through to energetic blues and purples.”

How does $2 million sound? And were talking US dollars.