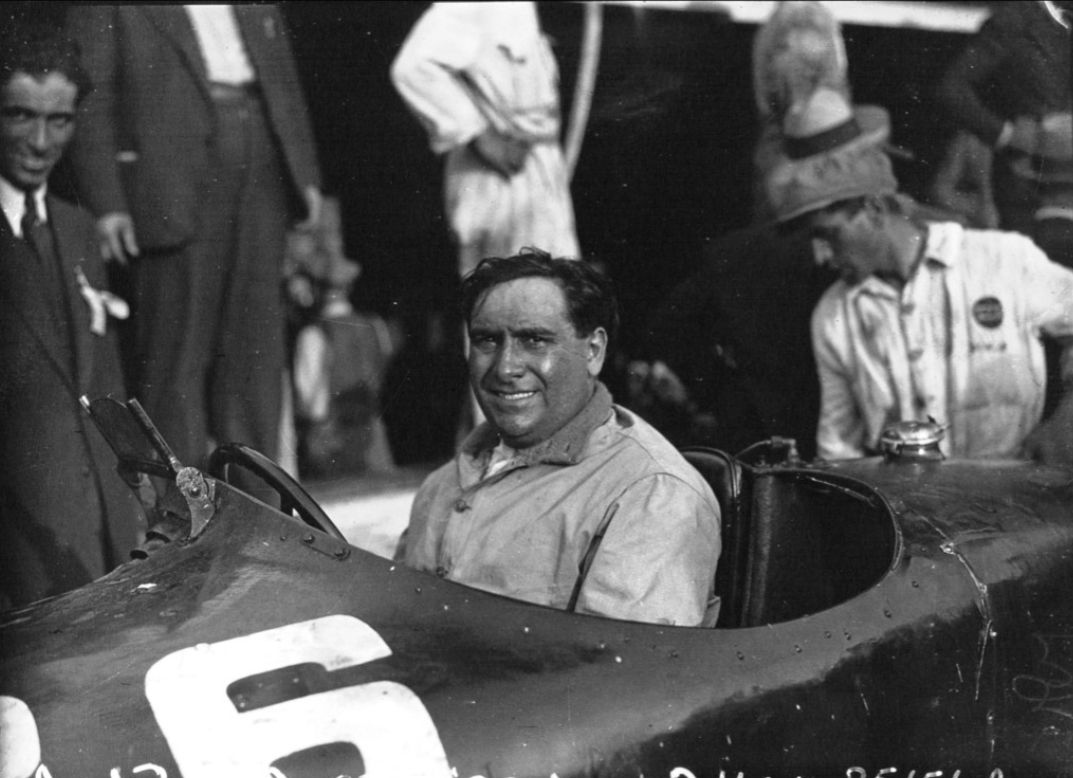 LEWIS Hamilton, Max Verstappen, Sebastien Vettel and all the other drivers in Formula 1 are products of careful grooming for success, with careers starting from around the age of 9 or 10.

Daniel Ricciardo was a relative latecomer, at 11.

They start off in karting, progress to the various junior formulae and with constant development (and a lot of financial backing), the best of them make it to the hallowed ranks of F1.

By contrast, the drivers of the classic 1930s to 1950s era were usually much more mature, with the greatest of them — Juan Manuel Fangio and Tazio Nuvolari — competing in their first grands prix at age 37.

Fangio is still revered as the best the world has ever seen, while Ferdinand Porsche rated Nuvolari as “the greatest driver of the past, the present, and the future.”

The cars of the time too, were a far cry from the special fat-tyred, super-safe Formula 1 racers of today — and collisions between competitors were almost non-existent.

If one crashed, as often happened when the very fast cars raced on narrow public roads or circuits devoid of basic safety measures — there were usually fatalities.

But the races went on, irrespective.

And racing teams often comprised just a handful of blokes, not 400 or more.

One of the finest grand prix cars of the early 1930s was Alfa Romeo’s P3 Monoposto.

It had a straight-eight engine made up of two four-cylinder blocks, each with its own Rootes supercharger.

Power to the rear wheels was transmitted through a four-speed manual gearbox and twin driveshafts.

The car ran on 18-inch wheels with skinny cross-ply tyres and brakes that were of the finned drum variety.

The first models had leaf spring suspension, replaced in 1935 by an independent Dubonnet set-up, and they could run to about 260km/h.

There was no such thing as power steering and the drivers all had calloused hands from piloting the monsters.

The racing scene was rich in characters too, one of the most outstanding being the charming, portly and golden-voiced Giuseppe Campari, from Milan.

He was the darling of Italy some 100 years ago.

Not only was he one of the nation’s best racing drivers, but he was also an operatic baritone — and a terrific cook.

He would often entertain fellow drivers, officials and friends with sumptuous meals at his home, and insisted on preparing everything himself.

While most racing drivers had slim, athletic builds, Campari sported a generous mass of 100kg (220 pounds) and it’s said he was unable to button up any of his jackets.

However, his ample torso filled his size H (humungous) racing overalls of the day and had no effect on his driving abilities.

Campari was born at Lodi, near Milan, in 1892, and got a job with Alfa Romeo while in his teens.

He developed into a test driver and in 1914, when he was 21, he proved his talent with a fourth-place finish in the Targa Florio, the world’s oldest and scariest race, run on public roads in the mountains near Palermo, in Sicily.

Then WWI  broke out and motor racing came to a halt for the next six years.

It fired up again in 1920 with a major event at Mugello, now one of the top circuits in MotoGP, where Campari scored the first of his many wins for Alfa.

He repeated the feat in 1921, ran third in the Targa Florio that year and won the French Grand Prix at Lyon in 1924 in a P2 Alfa — giving the company its first GP victory.

It was the P2’s first major race and apart from the silverware, he also won a bizarre and edible prize: a 3m long 63kg sausage known as the Hartford Shock Absorber trophy.

Did he eat it?

Probably not much of it.

In 1925 Campari led the French Grand Prix at Montlhery until the halfway mark, when he learnt his teammate Antonio Ascari, father of later racing ace Alberto, had died in a crash on lap 8.

He and Count Brilli-Peri in the third Alfa, withdrew as a mark of respect.

In the Monza GP, later that season, Brilli-Peri finished first with Campari second.

He was second again in the 1927 Circuit of Milan.

The following year was the first of Campari’s two successive victories in the Mille Miglia, the famous road race from Rome to Brescia and back.

Campari and co-driver Giulio Ramponi averaged 51.9mph in an Alfa-Romeo 1750 sports and repeated their fine performance in 1929, with their winning average up to 55.69mph.

Other 1928/9 successes included first place in the Coppa Acerbo at Pescara in both years and second in the European Grand Prix at Monza in the P2 Alfa.

Campari was also there for the 1930 Targa Florio: he and Nuvolari were driving the new 1750 Alfa sports, while the third member of the team, Achille Varzi, was driving his a battle-scarred P2.

Many thought the P2 was was far too powerful for the twisting Targa course, but they were wrong and Varzi won.

Campari next drove one of the new P3s in the 1931 Italian Grand Prix.

So they did what they could in the 10-hour marathon, which was the first of three Grands Prix that constituted the inaugural European Championship.

Campari and Tazio Nuvolari won the race, ahead of their teammates Ferdinando Minoia and Baconin Borzacchini, while third place went to the works Bugattis of Albert Divo and Guy Bouriat.

Next, Campari shared his P3 with Borzacchini in the 1931 French GP, taking second place, then won the Coppa Acerbo in one of the Type A twin-12-cylinder-engined models.

He changed to Maserati for the 1933 French Grand Prix of 1933 and emerged as the winner, then announced he would retire from the sport after the next race: the 1933 Monza Grand Prix.

He wanted to concentrate on a career in opera, especially after countless fans urged him to do so after he’d burst into song in the pits or on the podium.

Many a race included snatches of an aria from Rigoletto, much to the delight of his mechanics — and anyone near enough to appreciate his rich voice.

The Monza GP turned out to be one of the blackest days in the sport.

In the first heat, the engine of Count Trossi’s Duesenberg blew and dumped its oil at the south banking of the high-speed loop.

In the second heat, Campari and Borzacchini came tearing into the bend in close company in a battle for the lead.

Both skidded on the oil and flew off the banked bend into the trees.

Campari was killed instantly, Borzacchini, whose car somehow seemed to be undamaged, died later that day.

Minutes later the celebrated Polish ace, Count Stanislas Czaykowski, crashed in his Bugatti, which caught fire and he was burnt to death.

Interesting in a macabre way is that the Maserati in which Borzacchini died had been used by Campari in his victorious French Grand Prix.

Monza, however, had a horror crash in the 1928 Grand Prix d’Europe when Emilio Materassi lost control of his Talbot Darracq 700 while trying to overtake Giulio Foresti’s Bugatti on the main straight at some 200km/h.

The car left the track, soared over a 4m-wide protection ditch and a fence and crashed into the grandstand, killing him and 22 spectators.

Then, 33 years later, it was again the scene of a tragedy when Wolfgang von Trips’ Ferrari collided with Jim Clark’s Lotus.

The Ferrari shot into a fence and Von Trips and 15 spectators were killed.

Fast forward and we see that since 1986 only three Formula 1 drivers have died in action: Ayron Senna, Roland Ratzenberger and Jules Bianchi.

Safety for drivers and spectators is at an all-time high.

But where are the characters of today’s F1 scene?

Which of them can drive, cook a feast fit for a king and sing like Pavarotti?

Is there any talent, other than driving, within the F1 ranks?

Could Max Verstappen, for instance, develop into a literary genius?

After all, he boasts he’s already read two books, repeat two books, in his entire 22 years on his planet.

Fact is, there will probably not be another F1 fatality for many years, the crashes will increase since tipping each other off the circuit has now become the norm and the petulance of many of the drivers and the nonsense around committee-derived tyre strategies have become accepted in today’s electronic society.

Botton line: There will never be another Fangio or Nuvolari, and definitely not another racing driver remotely like the multi-talented Giuseppe Campari.