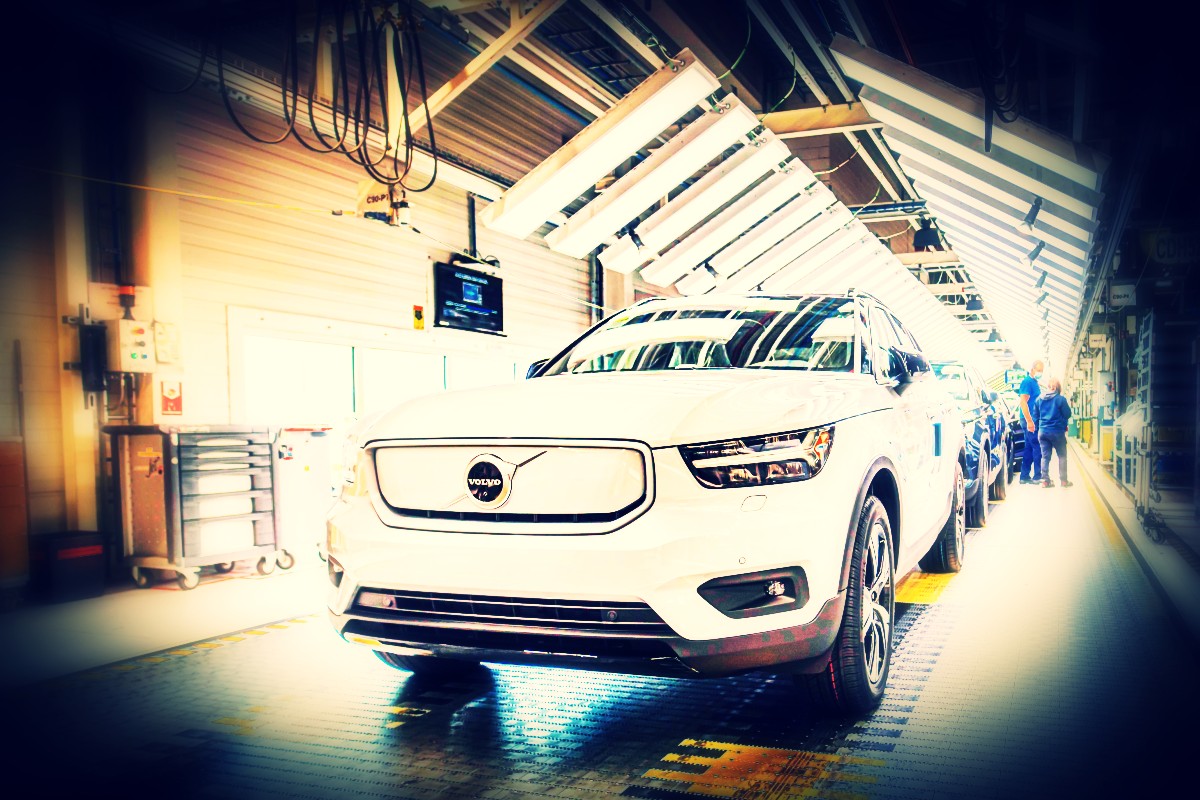 Playtime over as Volvo embraces Android

As Volvo prepares to make the jump into the Android universe it begs a number of questions.

At the top of that list is what about Apple and its iOS operating system?

Guess it will be playing second fiddle from now on.

No point going the Beta versus VHS route, when Android is by far and away the most popular operating system in the world, at least when it comes to mobile phones — with 96 per cent market penetration in some countries.

We only asked recently why it was that car makers had not gone the whole hog and installed a proprietary operating system in their cars?

Why not do this, instead of having to muck around with the likes of CarPlay and Android Auto which have always been a bit hit and miss in our experience?

That way, we suggested, car owners could install the navigation system of their choice, or for that matter — whatever apps they want.

Well, Volvo must have been listening, because the infotainment system in its next generation of fully electric cars will powered by Android Automotive OS with Google Assistant, Google Maps and Google Play — all built in.

In fact, Australians will see the system in the fully electric Volvo XC40 Recharge which goes on sale here in the next couple of months.

“We have joined forces with Google to give people the same experience in our cars that they’re used to on their phones,” says Volvo.

“With the operating system powered by Android, we fundamentally rethink in-car infotainment in new Volvo cars.

“This state-of-the-art technology will revolutionise the way our customers interact with their car.”

Android Auto is a platform that runs from a user’s phone and projects the Android Auto user interface to the car’s infotainment screen — either via USB or WiFi.

Android Automotive OS on the other hand is a complete operating system that runs directly from the in-vehicle hardware, powering the infotainment experience.

It controls everything, not just maps and media.

Think lights, aircon, seating position, even drive mode settings — pretty much every setting in the car.

You don’t need a phone, because Android Automotive OS is part of the car, with its own version of the Play Store — and even lets you download apps directly to your car.

Think of it as a giant phone on wheels and just like your phone it also receives updates over the air.

Of course, the promise of a phone-like experience is only as good as the phone on which it is based.

I own a late model, Android-based Samsung phone and while it is very good, it occasionally plays up.

Just recently reception deteriorated to the point where it was virtually unusable inside my home and when I went to make an Amazon purchase the other day, I had to switch to my Chromebook because the Amazon shopping app kept crashing.

Will my new fully electric Volvo be plagued by the same kind of problems?

I remember when the big technology rollout got going many years ago, Toyota was very hesitant to provide anything it hadn’t engineered itself, in case there were problems — and it was called on to provide costly support.

At present Android Automotive OS has access to the Play store, but it is a restricted version of the Play store with only 30 or so apps available.

They include Spotify, YouTube Music, Tidal, Pocket Casts, iHeartRadio, TuneIn Radio, NPR One, and Google Play Books — all of them media apps.

More will follow of course but one wonders whether the user will be charged to access these apps.

Because safety is such a huge issue with cars, both the apps and interface have been designed with this in mind.

Developers are encouraged to submit applications for inclusion in the Play store, but they need to comply with a huge number of regulations, and sit behind a generic interface supplied by Google’s own developers.

No doubt the system will be locked down to prevent “hackers” from changing anything, but it will probably take the clever community of Android enthusiasts less than 24 hours to obtain “root” access — after that virtually anything is possible.

Like the sign in the China shop says, however: “Nice to look at, lovely to hold . . . but if you break it, consider it sold!”

There’ll be no handing back you shiny new “bricked” Volvo for a new one, or perhaps you’ll just have to wait until your plan expires to get a new one?

Volvo says the visual design of its system is built on a clear division of information, based on level of relevance to the driver.

A high-resolution driver information screen provides the most relevant information related to driving, such as speed and battery levels.

A head-up display helps keep key information in front of the driver without having to glance away.

The underlying principle, Volvo says, is that everything should always be easily accessible — either by touch or through voice command.

No immediate needs or information are buried deep inside menus, many clicks away.

“Our teams have spent a lot of time with Google to further develop and improve our user experience for the next generation of Volvo cars,” Chief Technology Officer, Henrik Green, said.

“Especially in terms of safety, serenity and simplicity, we have made great strides thanks to a deeper integration of design and technological development.

“We are convinced that it will allow us to create even better Volvo cars and set a new industry standard.”

One thing’s for sure, Volvo sales are up big time, maybe because of the speed and leadership it is taking in the areas that matter most — safety, technology and the environment.

CHECKOUT: Google knows who drives what