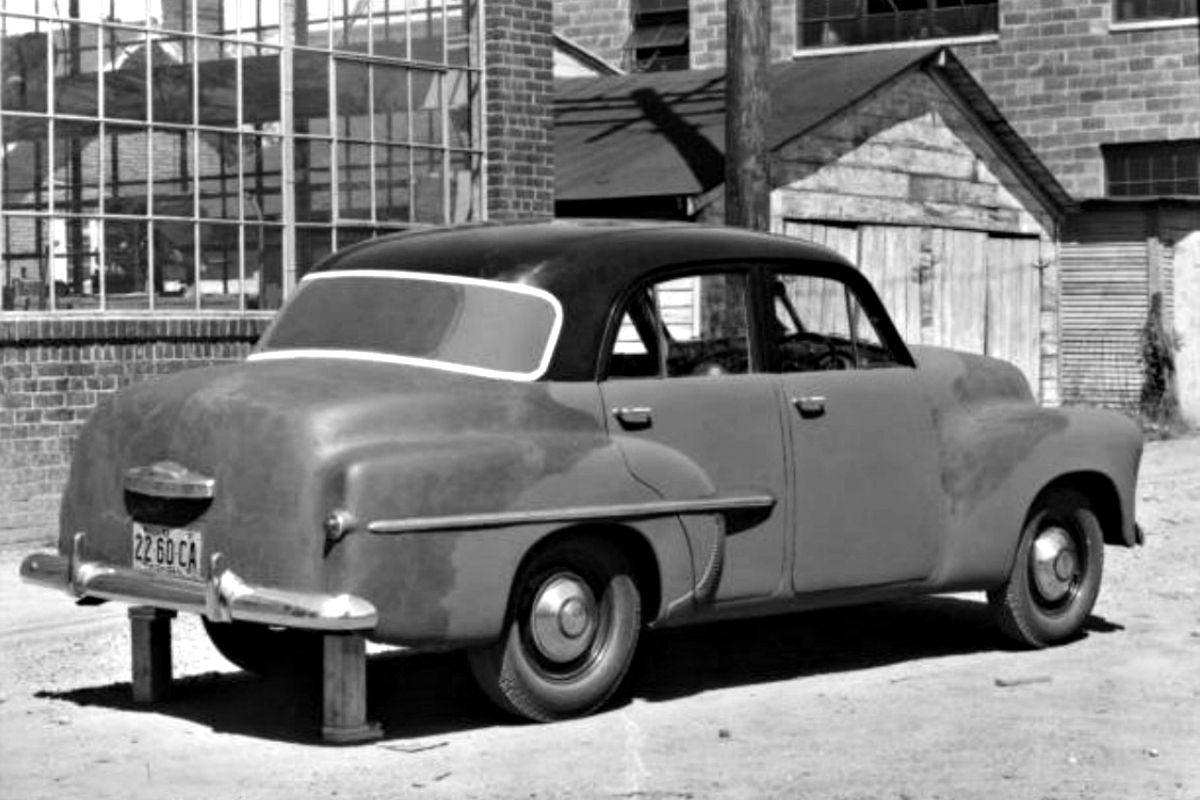 Plan B: the FG Holden you never saw!

It may surprise you to know, but back in late 1949, the decision makers at Holden were not all that confident their brand new car, the 48-215 or “FX” — would be a success.

Oh, sure, there was an initial avalanche of orders and production could not keep up with demand.

But the Holden folks were mindful that maybe these early levels of enthusiasm for the FX could not be sustained.

What if Ford released a viable competitor, or Austin or Morris hand something up their sleeve at a keen price?

Best to expect success but plan for trouble.

And so, during early 1950, with much assistance from GM in the USA, Holden hurriedly developed and commissioned a successor to the FX.

They planned to release it in 1952 and thus and gave it the code FJ, which meant “52” in Holden’s internal coding system.

The FJ was really only a minor facelift of the FX, with a change to the grille and some modest chromed fins added to the rear fenders.

But at the time it was all Holden could afford to do.

Trouble was there was then a long, four year gap until the completely revised FE model — due in 1956.

What they really needed was another stop gap model in case the FJ also failed to entice customers coming Holden’s dealerships.

So, in late 1951, Holden’s local executives asked GM in Detroit to develop a much more extensive facelift of the FX/FJ and put it on the roster for a 1954 debut.

These exclusive pictures found deep in the vaults of General Motors’ archives in the USA have finally revealed the FG in all its glory.

The white lines on the photos indicate deterioration of the negatives, a process which has now been halted by the photographic curators at the GM Heritage Centre in the USA.

GM stylists used an FX that had been sent to the USA for testing as a base for the FG.

The stylists could not do much about the distinctive front end and mudguards so they focused on making the rear half of the car look very different.

Gone was the small rear window and in its place a big wrap around version.

The rear mudguards were lengthened and squared off and the boot made twice as big. It sure did look different to the FX/FJ.

But it was all for nothing.

Hindsight tells us that the FG never made it beyond the prototype stage because of the huge sales success of the “FX” and the FJ.

Sales of the FX remained so strong that Holden even delayed the introduction of the FJ until October 1953.

And as the statistics now show, the FJ was also a raging sales success.

Quite simply, with dealers selling as many cars as the factory could make, all at full price, the original need for the FG vanished.

But that’s not all to the story.

In 1953, Holden started work on another stop gap model.

And it is a story for a future Retro autos yarn in cars4starters.