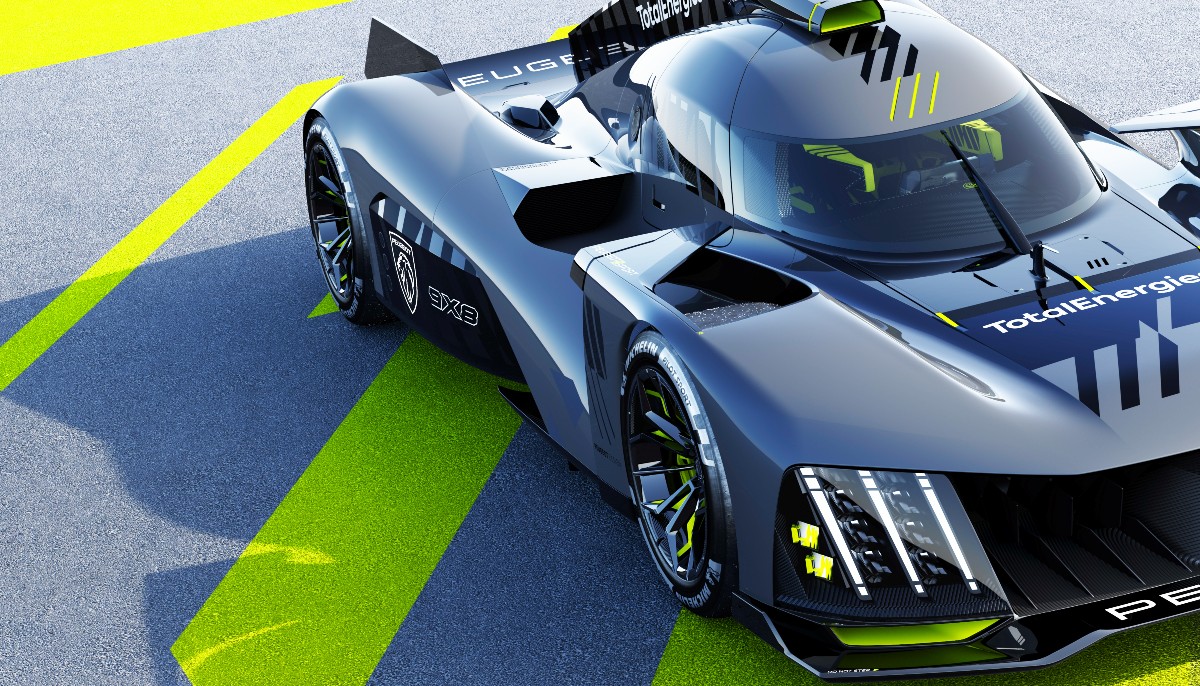 It’s stunning vehicles like the Peugeot PX8 that could help change the way Aussies feel about the brand.

With half the year already gone, Peugeot continues to struggle for a meaningful slice of the Australian new car market.

At the end of June, it had sold just 64 cars, with sales down almost 64 per cent.

Not that Peugeot needs our endorsement.

The new 9X8 is poised to make its competitive debut in next year’s FIA World Endurance Championship (FIA WEC) — and that means the famous Le Mans race.

Since it announced in September that it intended to compete in the new Le Mans Hypercar class, the factory in Versailles, near Paris, has been working feverishly on the 9X8.

The car’s rear-mounted, 2.6-litre, bi-turbo, 500kW, 90-degree V6 – the internal-combustion engine part of the Peugeot HYBRID4 500KW powertrain – has been clocking up kilometres on the test bench since April.

Meanwhile, the front-mounted 200kW motor-generator unit, seven-speed sequential gearbox and battery are in the process of being assembled in keeping with the bench-testing validation schedule.

The powerful, technologically-sophisticated, 900-volt high-voltage, high-density battery is being co-developed by Peugeot Sport and Saft, a subsidiary of TotalEnergies.

The “9” in the name continues the series employed by the manufacturer for its recent topflight endurance racing cars.

The “X” refers to the Peugeot Hypercar’s all-wheel drive technology and hybrid powertrain which embodies the brand’s electrification strategy in the world of motor racing.

The “8” is the suffix used for all of Peugeot’s current model names, from the 208 and 2008, to the 308, 3008, 5008 and, of course, the 508 which very recently passed through the hands of the engineers and designers who crafted the Hypercar to become the first car to sport the Peugeot Sport Engineered label.

In addition to its aerodynamic, mechanical and electronic efficiency, the new car will serve to showcase Peugeot’s extensive engineering expertise in the uncompromising world of endurance racing.

The Le Mans 24 Hours is a notoriously exacting event and the 5400km the cars cover in the course of the race is close to the distance covered in a full season of Formula 1 — so efficiency and reliability are both vital.

The Selenium Grey and contrasting Kryptonite acid green/yellow highlights of both the body and inside the cockpit echo the colour scheme chosen for the new Peugeot Sport Engineered line which was introduced with the 508 and 508 SW.

The designers also paid exceptional attention to the 9X8’s interior.

“We wanted to take a special approach to the cockpit which, until now, has tended to be a purely functional and indistinctive aspect of racing cars, with no brand identity whatsoever,” Peugeot Design Director, Matthias Hossann, said.

“The combination of our colour scheme and Peugeot ‘s i-Cockpit interior styling signature have provided the 9X8’s cockpit with a distinctive feel and make it immediately identifiable as a Peugeot in on-board camera shots.”

Outside, the sculpted wheels contribute to the balanced lines of the car’s uncluttered, sharply-structured flanks, the wing vents reveal the top of the tyres and the perfectly-integrated mirrors contribute to the impression that airflow passes over the car unimpeded.

The finely-chiselled details of the Peugeot 9X8’s rear-end design include the brand’s claw-effect lighting signature, while the lights themselves flank a wide diffuser.

Rear wings were first seen at the Le Mans 24 Hours on the Chaparral 2F which contested the race in 1967.

In fact, this is the first time a car hasn’t been fitted with one in more than half-a-century.

“We didn’t want a rear wing” is written in script above the rear diffuser.

“Designing the 9X8 has been a passionate experience because we had the freedom to invent, innovate and explore off-the-wall ways to optimise the car’s performance, and more especially its aerodynamics.

“The regulations stipulate that only one adjustable aerodynamic device is permitted, without specifying the rear wing.

“Our calculation work and simulations revealed that high performance was effectively possible without one.”

CHECKOUT: Back at 91 to tackle gruelling rally!