Okey-doke, make it a Moke

Iconic is a word bandied about a lot when it comes to cars.

No arguments, the VW Beetle is iconic. So too is the Ford Mustang and most certainly the Alec Issigonis designed Mini.

Old Alec and a feller called John Sheppard also designed another vehicle that is arguably an icon — the humble Mini Moke.

Built between  1964 and 1993 (didn’t think it was around that long), the Moke was intended originally as a lightweight military vehicle that used the engine, transmission and suspension from the Mini van (had one of them).

But the car’s tiny spinners and lack of ground clearance made it unsuitable for off road use.

With money already invested in the project, however, BMC decided to re-purpose the vehicle as a civilian form of low-cost, easily maintained transport, achieving global popularity as a lightweight, recreational and utility vehicle. — and so the car we know as the Mini Moke was born.

Mokes were built in Australia from 1966 to 1981, originally marketed as the Morris Mini Moke and from 1973 as the Leyland Moke.

If you have ever travelled to Magnetic Island off the coast of Queensland, you would have probably had the opportunity to rent and drive one.

They have or had a whole fleet of them, and when one died it would be scavenged for parts to keep the rest going. 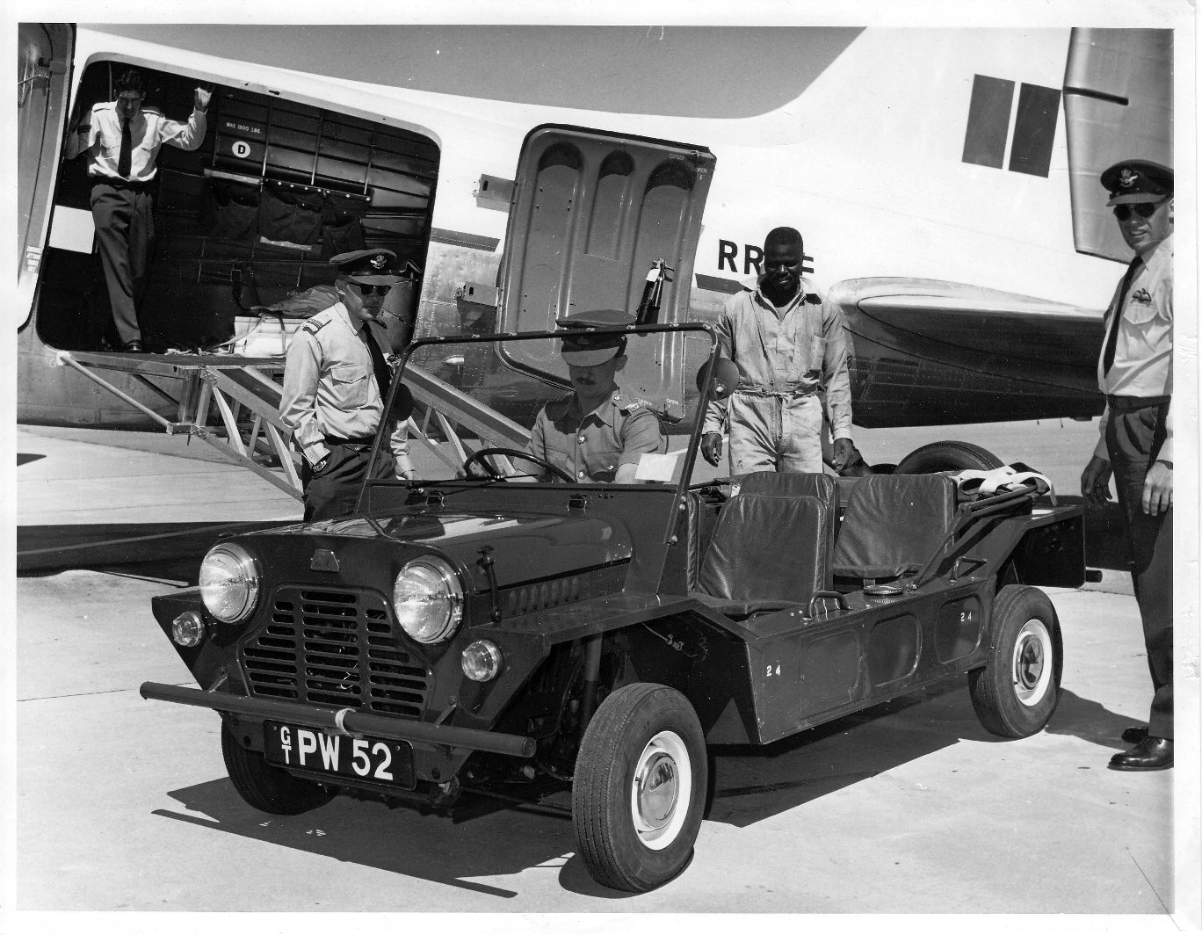 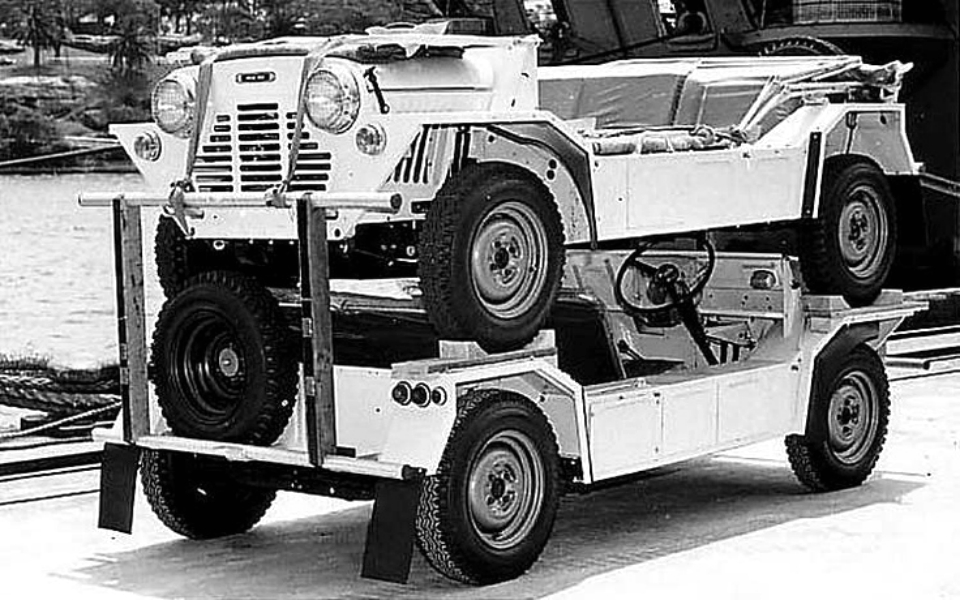 The Moke was designed to pack flat one on top of the other for air transport. 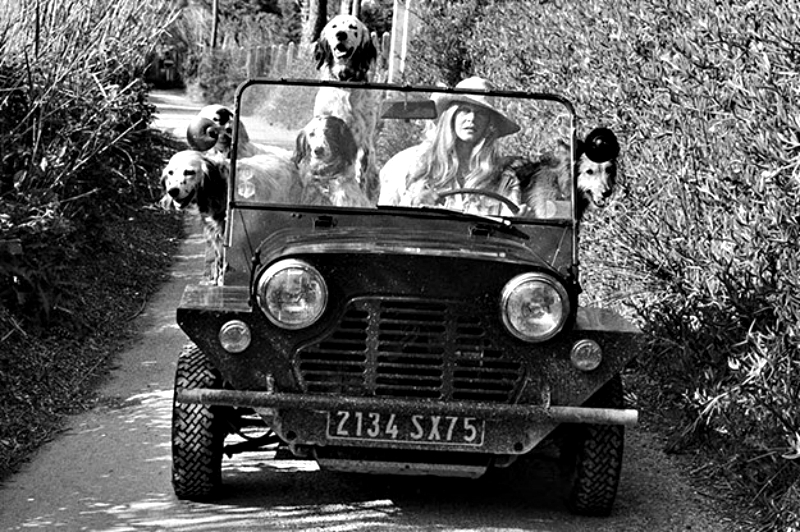 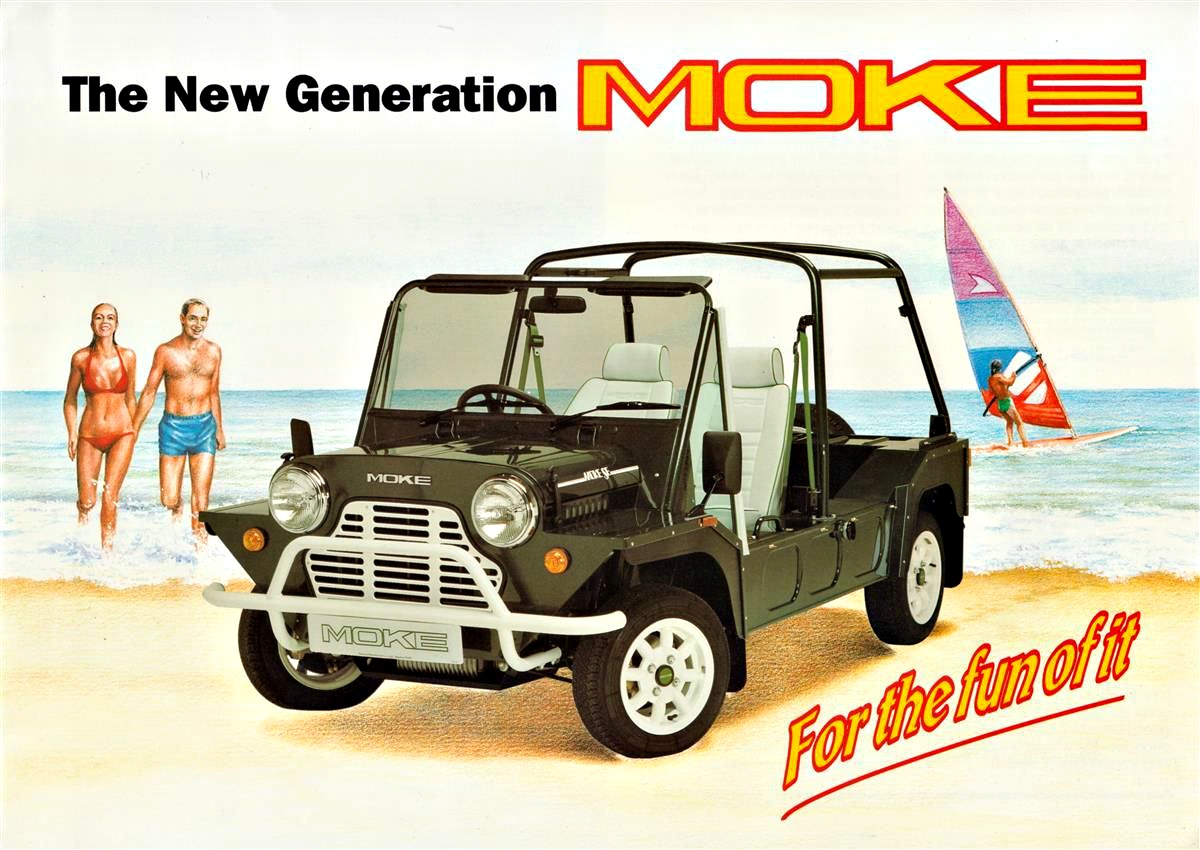 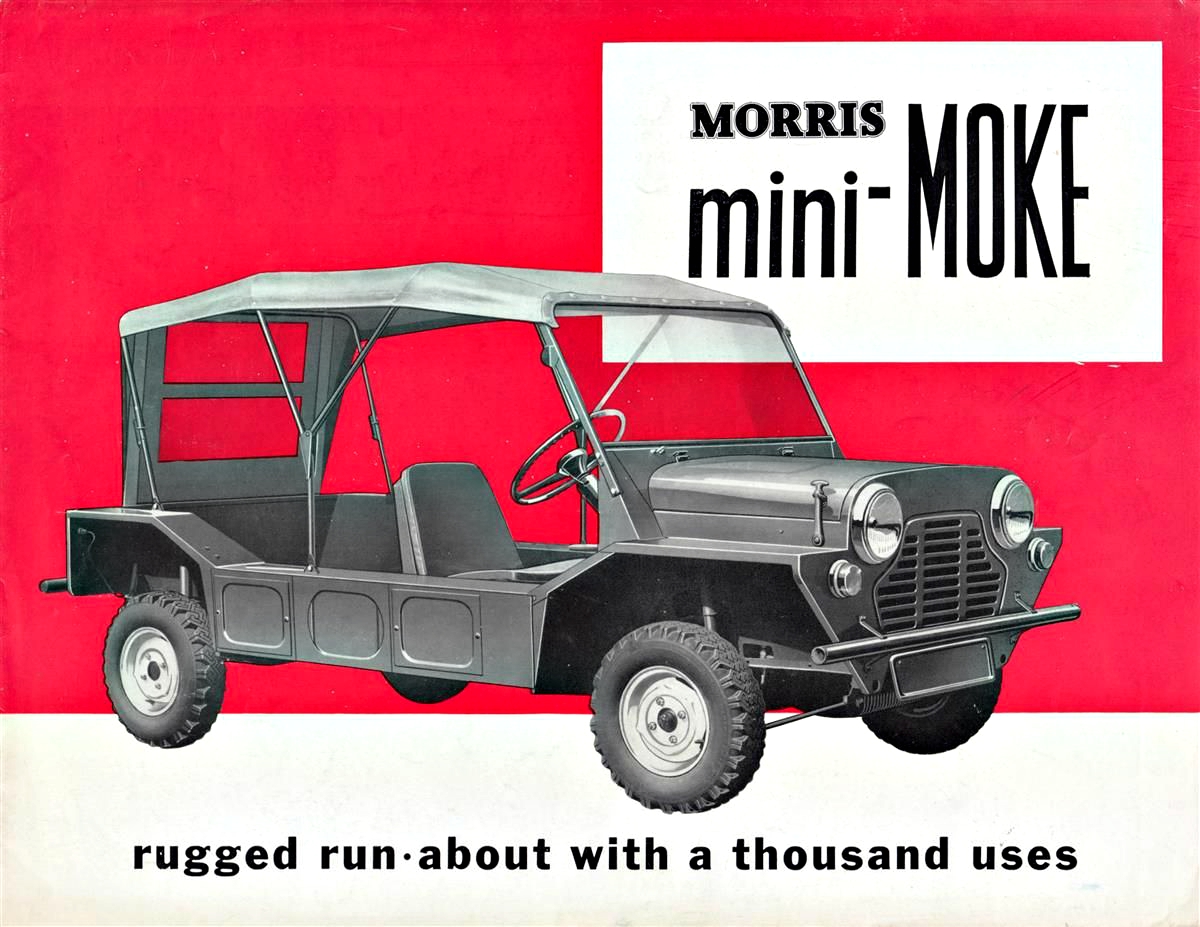 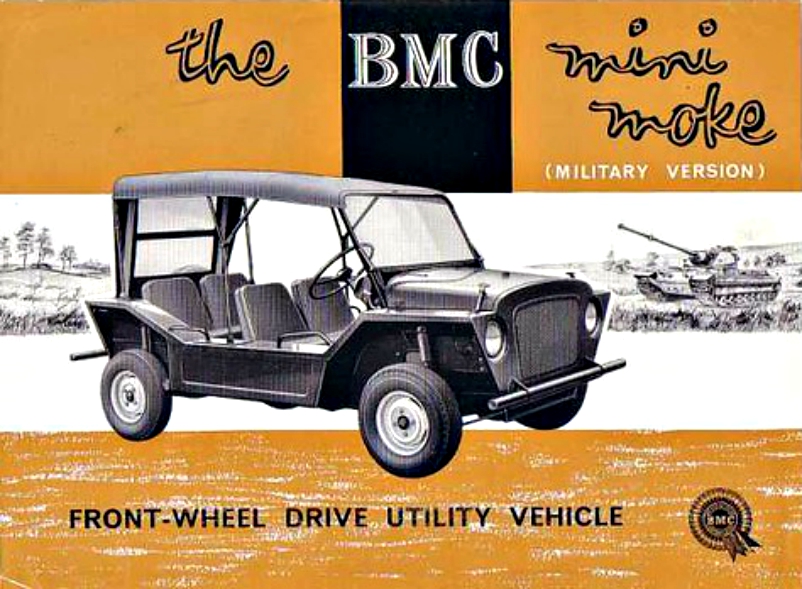 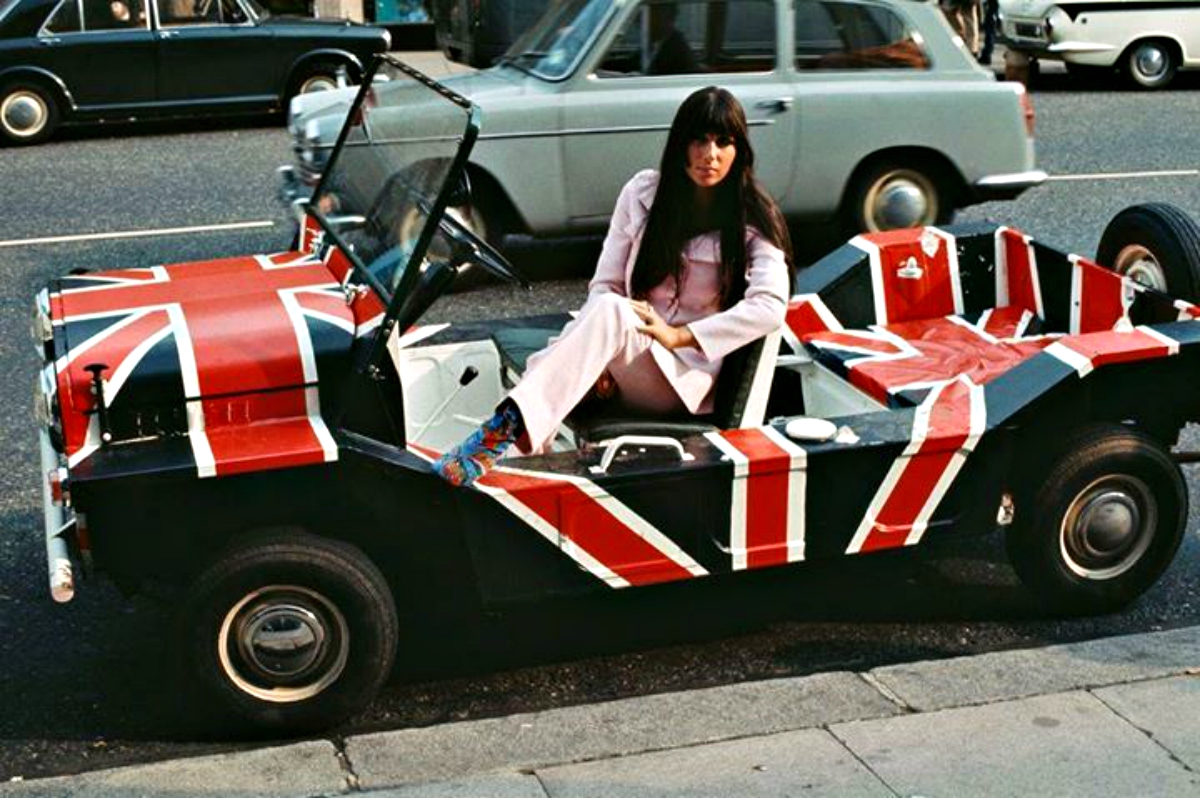 The ultimate Moke was the Californian edition, produced in Australia from 1971.

It had the larger 1275 cc engine from the Cooper S/Clubman and was fitted with side indicators and different rear lights to conform to US standards.

The fuel tank from the Austin Sprite or MG Midget was fitted beneath the rear load area, replacing the standard tank mounted in the left sidebox.

Californians are readily recognisable by their roof and seats, trimmed in “Op-pop verve” black and white tiger-striped vinyl or “Orange Bali” vinyl, which looked rather like a fruit salad, and was briefly marketed to the “flower power” culture in the States.

The name “Californian” and the 1275 cc motor were resurrected in 1977 for Australian market Mokes with denim seat covers, more comfortable seats (which concealed the same basic frame within), spoked wheels and tubular steel bull bars.

At least two four-wheel drive prototypes were also manufactured by Leyland Australia in the late 1970s,

Australian Mokes were exported to many countries and pioneered large-scale exports of Australian-made vehicles.

More than 26,000 were made here and many were exported to clients as diverse as the Israeli Army.

That one complete with a machine-gun tripod mounted in the rear was never going to escape media attention.

If you’ve ever hankered after one of these little beauties, Shannons is auctioning one next week in Melbourne.

Finished in bright red paint which has been refreshed and reportedly in great condition.

On top there’s a “newish” blue vinyl roof, in good condition, as is the neatly trimmed grey vinyl front buckets and rear bench.

The flooring is black rubber matting, again in good condition.

Non-standard but welcome additions to this Moke include a substantial rollcage, and a pair of driving lights and fog lights.

Inside there’s a Sanyo stereo with twin speakers, a tacho has been added (God knows why), plus a wooden steering wheel adds a touch of pizzazz — as does the single chrome-tipped exhaust pipe.

Previously on full Victorian registration, the Moke is being offered for sale unregistered. 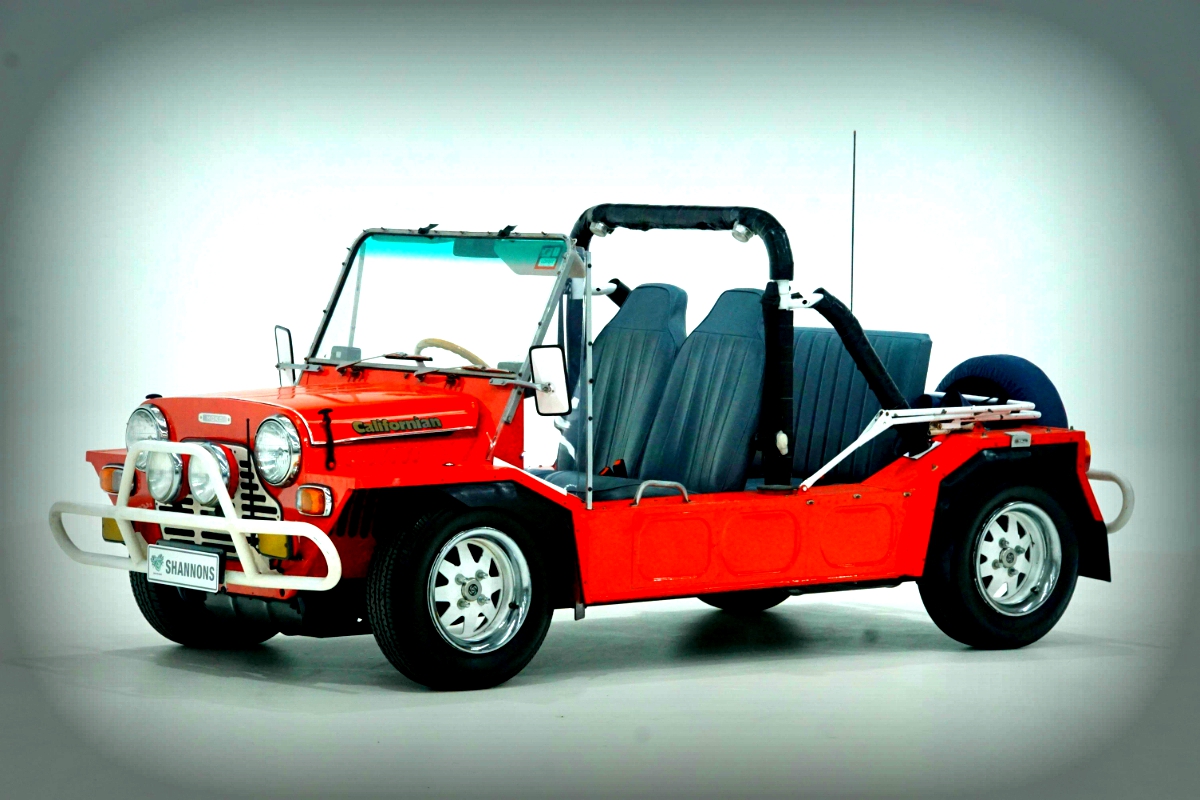 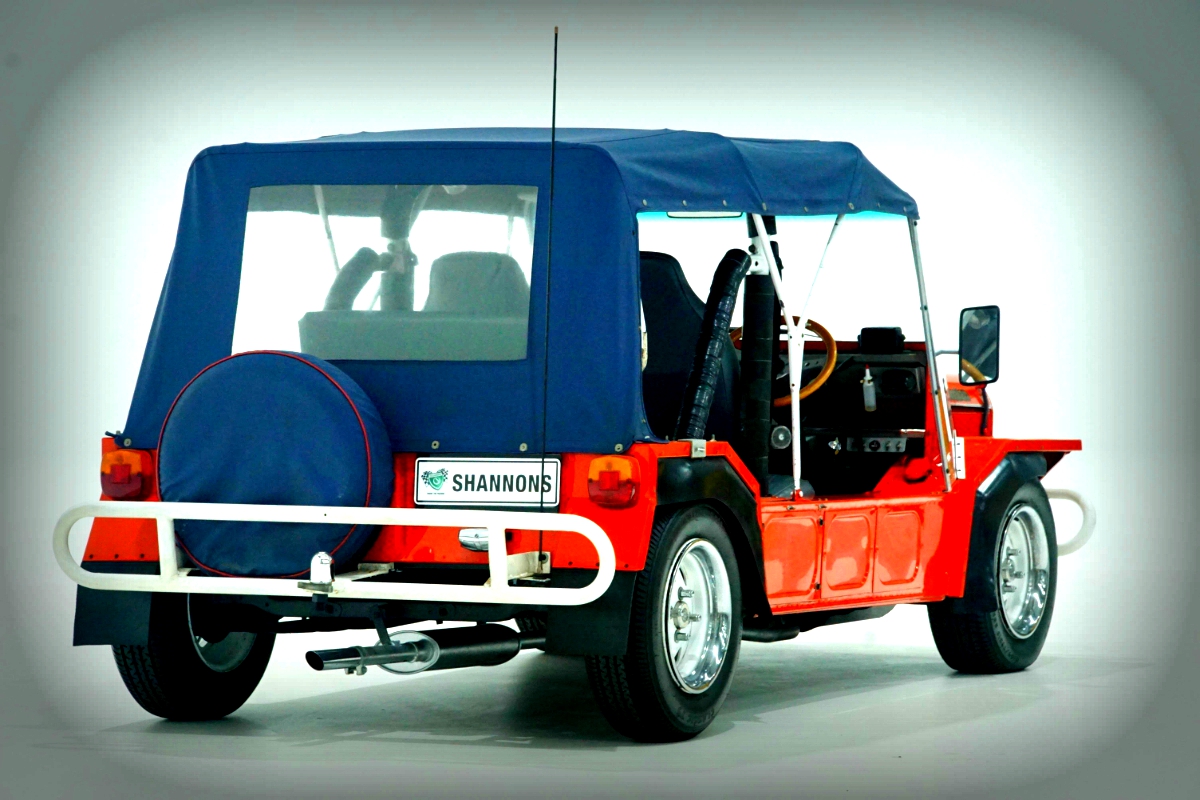 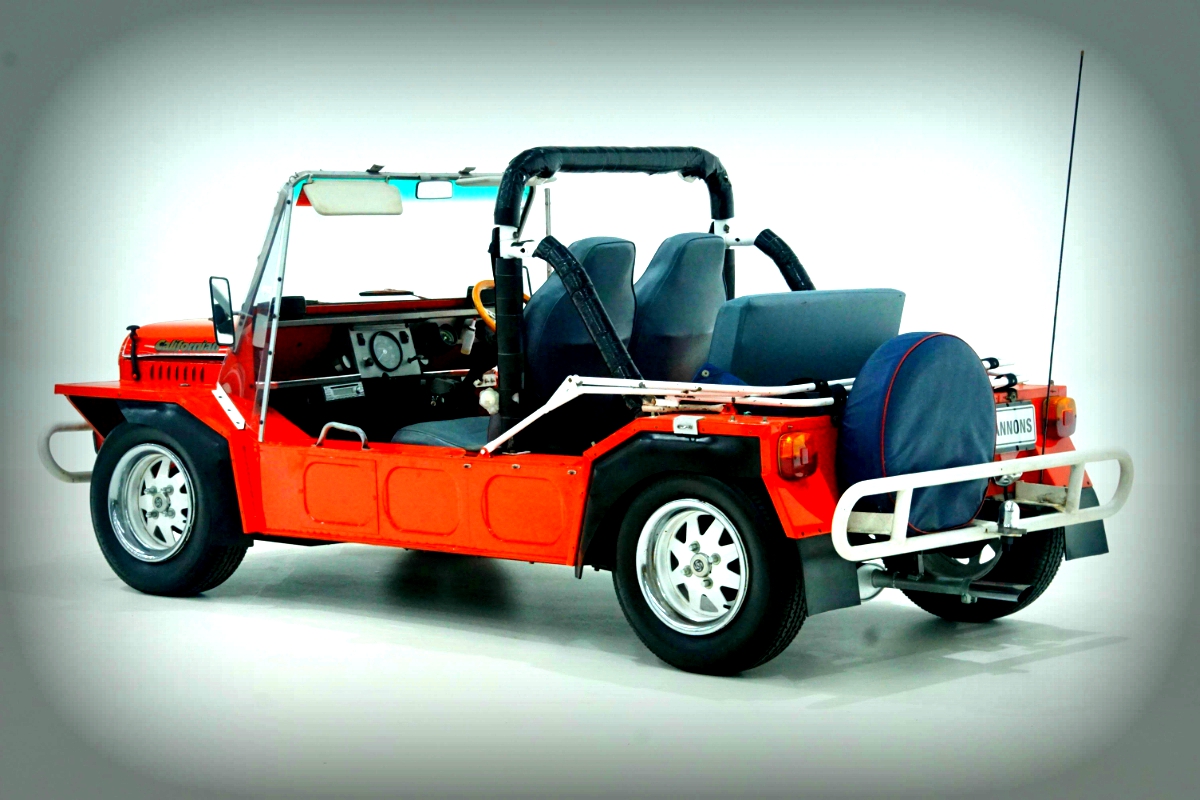 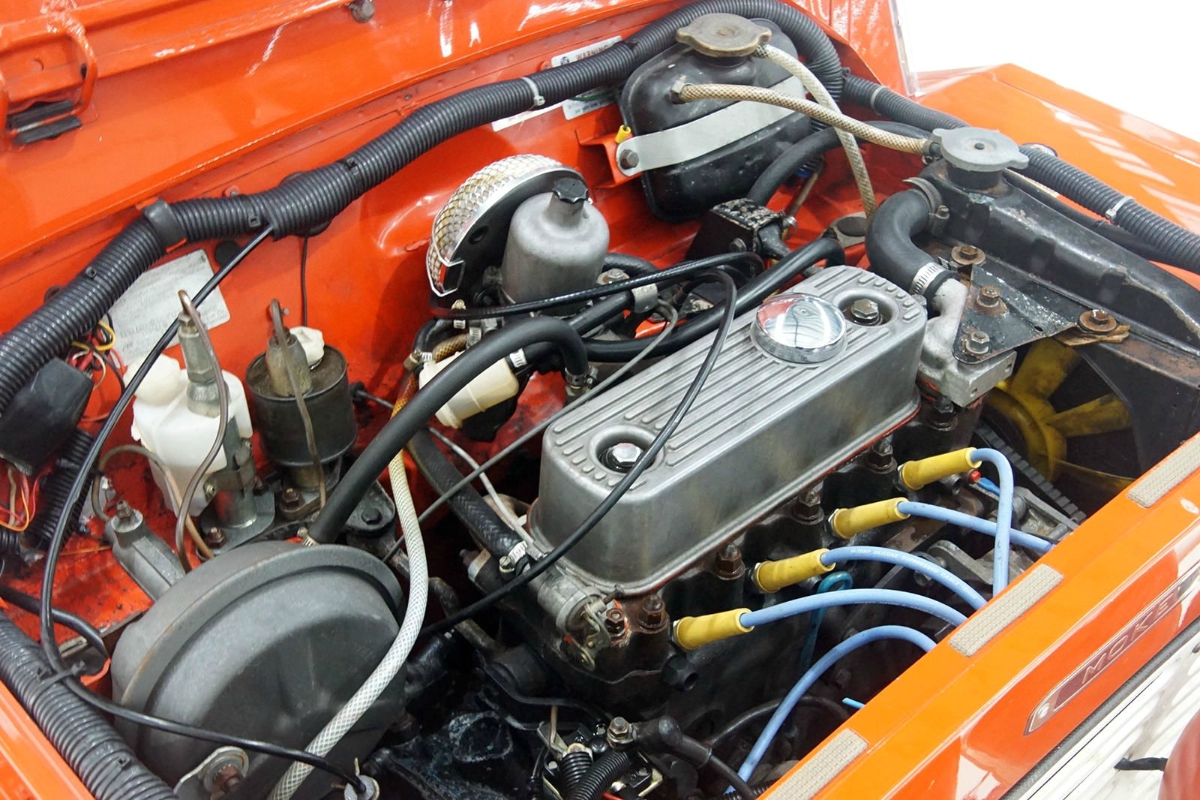 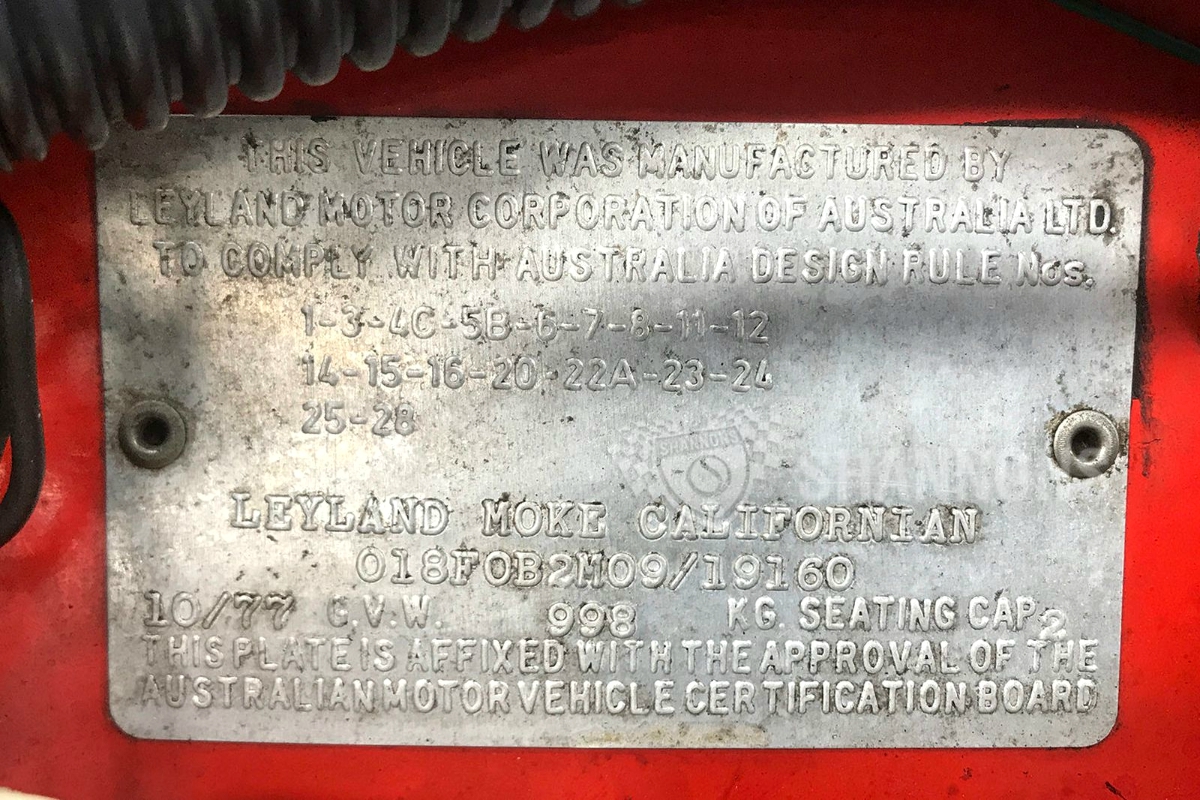 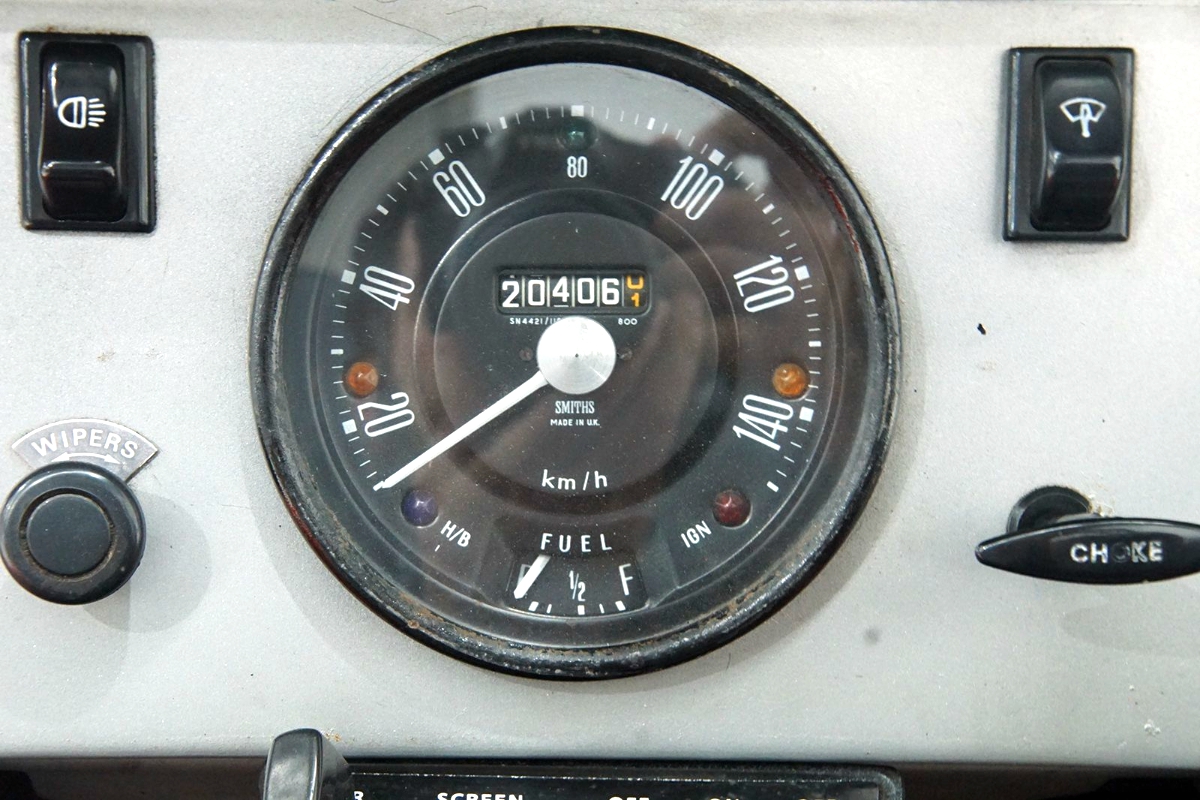 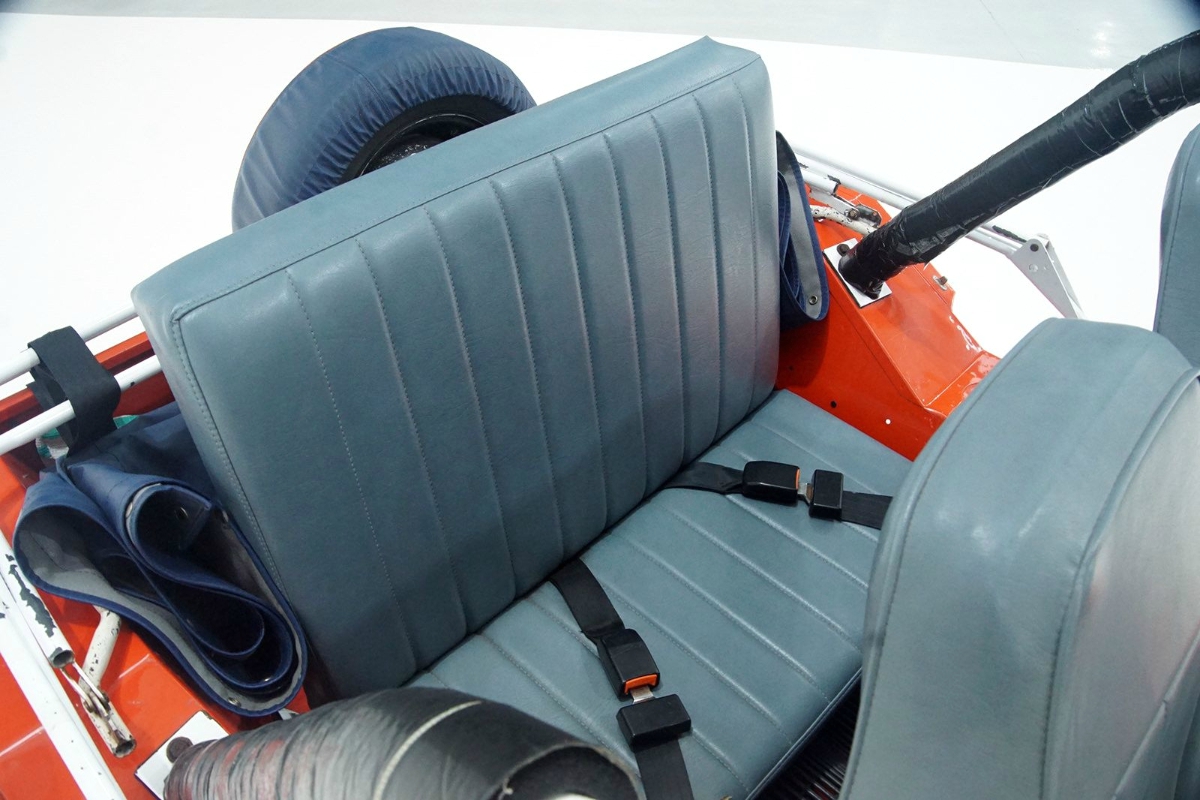 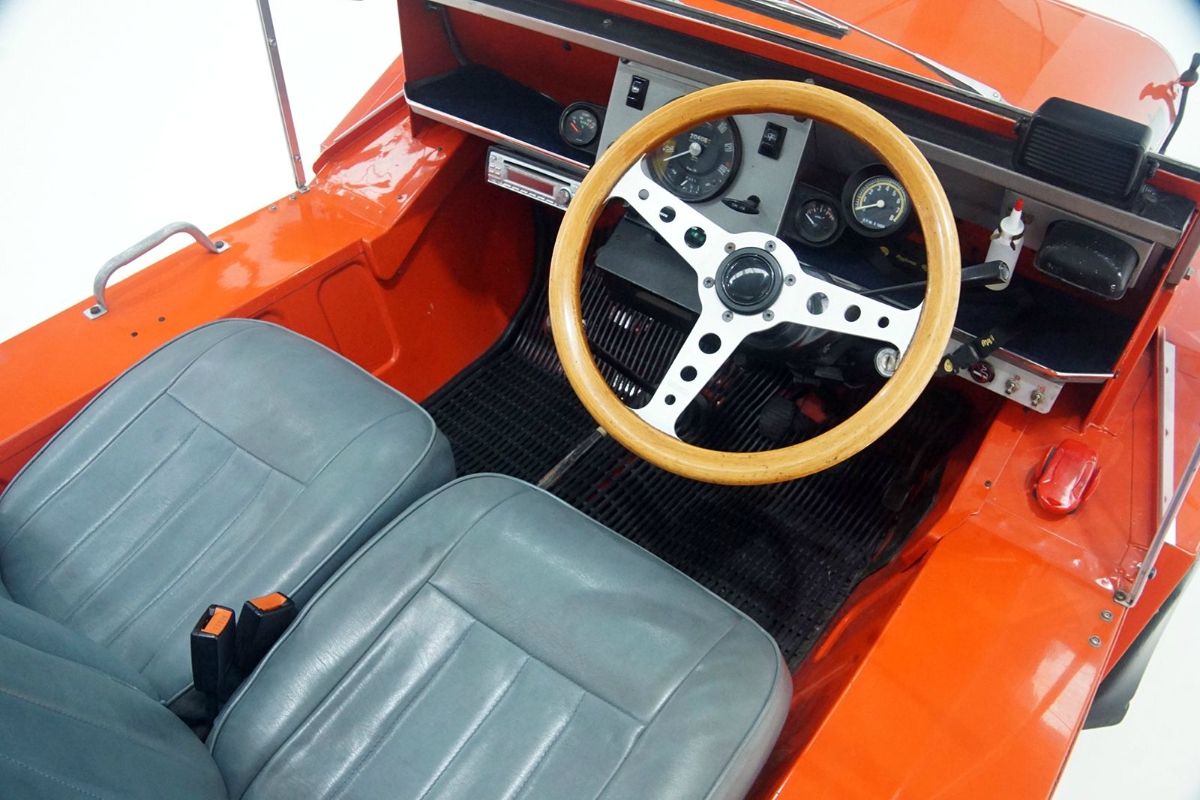 CHECKOUT: Back then it was ‘The Thing’ to have one