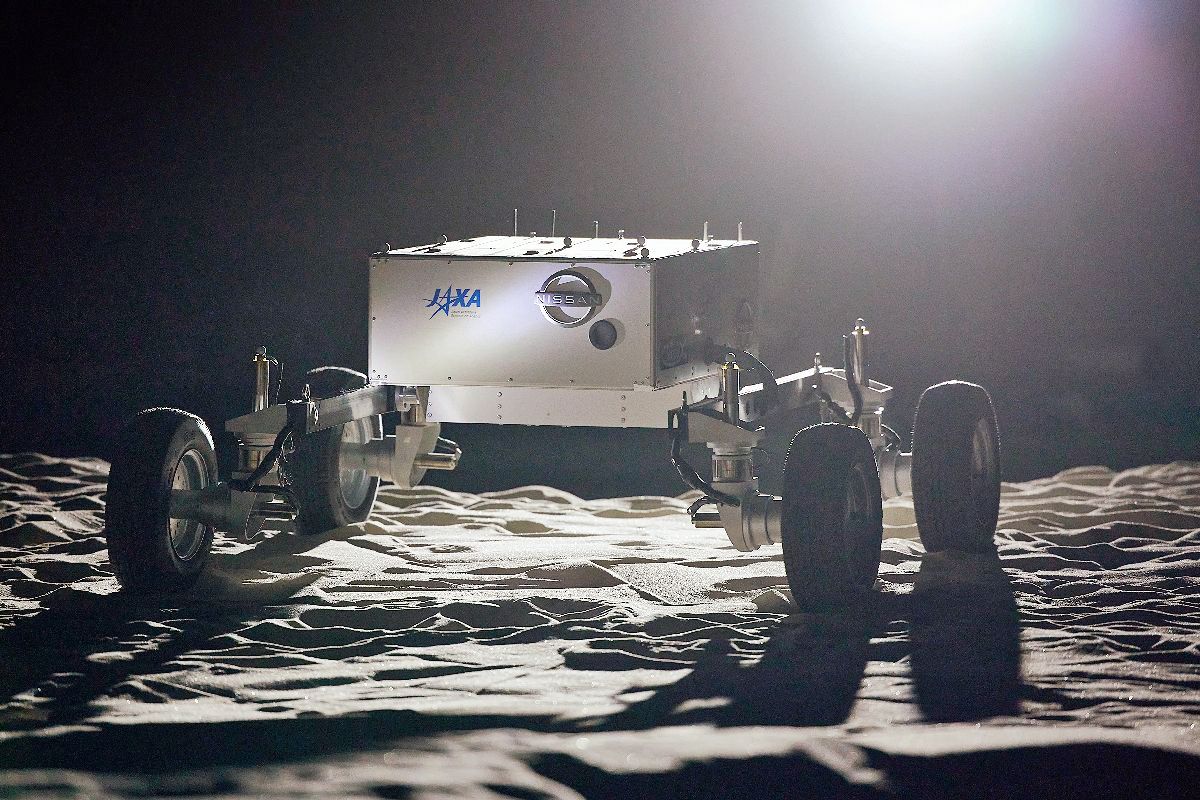 Nissan has unveiled a lunar rover prototype that it has developed jointly with the Japan Aerospace Exploration Agency (JAXA).

The company has been working with JAXA on increasing control of the rover when driving, since January, 2020.

Its research involves motor control technology it has developed through production of mass-market electric vehicles.

They include the LEAF and e-4ORCE all-wheel control technology, the latter a feature of the all-new Ariya electric crossover.

Nissan is employing the technology to to boost the lunar rover’s performance over tricky terrain.

It must be able to traverse the Moon’s powdery, rocky and undulating terrain while still being energy efficient.

In its joint research with JAXA, it is further developing the technology to improve performance in sandy terrain and other harsh conditions.

To put this in perspective, when cars are driven in sand their wheels frequently spin and dig in, preventing them from moving forward.

A high level of driving skill is required to avoid getting stuck.

Nissan hopes to contribute to the technological evolution of automotive technology and space exploration by combining its know-how with JAXA’s knowledge of rover research.

JAXA’s Ikkoh Funaki said the research hub is collaborating with companies, universities and research institutes on projects that are feasible and have potential for commercialisation and innovation.

“By conducting research with Nissan, which has expertise in electrified technologies, we hope to apply our findings to the development of higher-performance lunar rovers,” he said.

The torque of each motor can be individually controlled to provide traction during acceleration.

When decelerating, the amount of regeneration is individually adjusted for the front and rear motors.

Around corners, the torque of the front and rear motors and the braking performance of the four wheels are managed to ensure smooth and comfortable handling.

These controls enable drivers of all skill levels to confidently navigate various road conditions, including rain and snow.

Ariya e-4ORCE is due to go on sale in Japan next year.

Not sure about the rover.