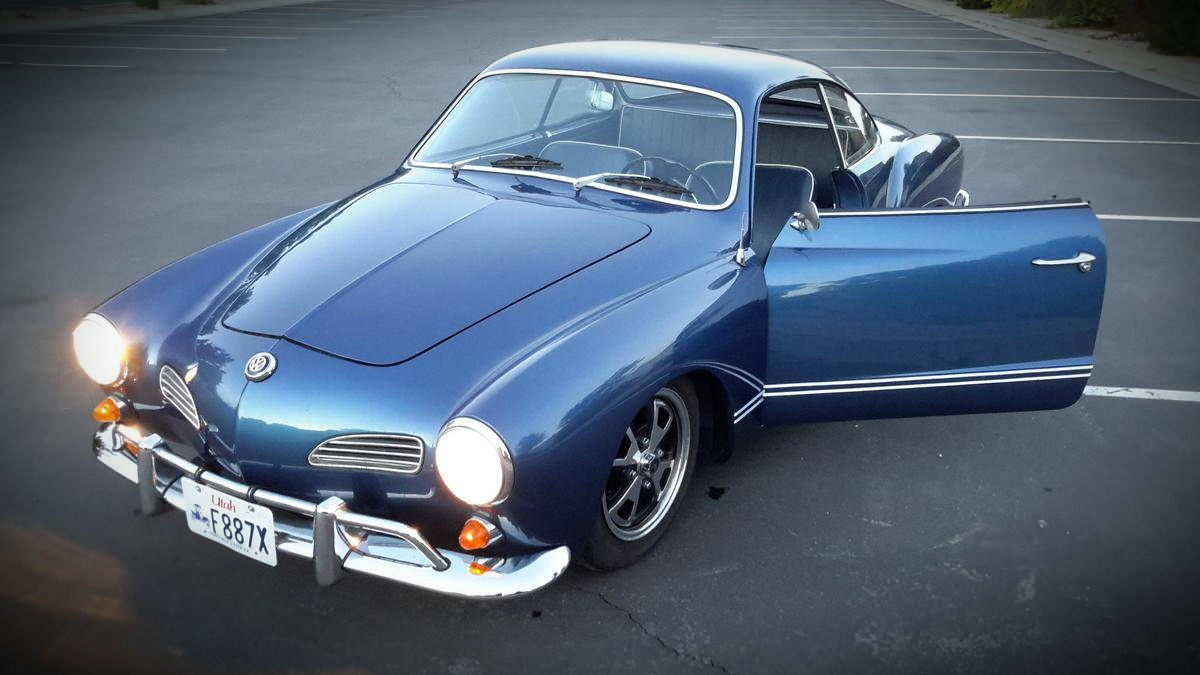 New clothes for an old Beetle

As a one-time Beetle tragic I’ve always wanted to own one of these beautiful cars.

After a more than a decade as the proud of owner of an Aussie-delivered 1976 Beetle – the last of its kind – Volkswagen’s Karmann Ghia seemed like a natural progression.

The bloke up the road had a 356 Porsche, in need of restoration — but for my money the Ghia was a better looking car and cheaper too.

Then I got married, then kids happened and then suddenly the Beetle became surplus to needs.

The last time I saw it BUG-076 was heading down the road to the Snowy Mountains.

The Karmann Ghia was an incredibly successful transformation of the humble Beetle into a much more stylish coupe.

Sitting on a modified Beetle floor pan with chic Italian styling from design studio Ghia, the coupe and convertible was also upgraded mechanically with a front anti-roll bar fitted to improve handling.

This, along with the superior aerodynamics, thanks to sleeker, lower lines, allowed the car to achieve a respectable 116 km/h.

The Ghia was better equipped too, in keeping with the coach-built nature of the new model, with features like an electric clock, push-button radio and cigarette lighter.

Technical developments generally mirrored those of the Beetle, with a full, synchromesh gearbox and more powerful 34 bhp 1.2-litre engine adopted in 1960.

Along the way Volkswagen also added a highly desirable cabriolet version, with a clever folding hood that proved particularly popular in warmer climates like California.

Practical, affordable and very cool, the Karmann Ghia has always been popular with enthusiasts seeking a stylish European coupe without the high running costs.

Car designers around the world are quick to acknowledge the Volkswagen when the conversation turns to favourite designs.

I’ve lost count of the number of times I’ve been sitting at the dinner table at car launches, both here and overseas and someone has asked the question: what’s your favourite car?

The 911 and Mustang usually get a guernsey, but for me it’s the Ghia — and you’d be surprised how many world renowned designers have nodded in agreement.