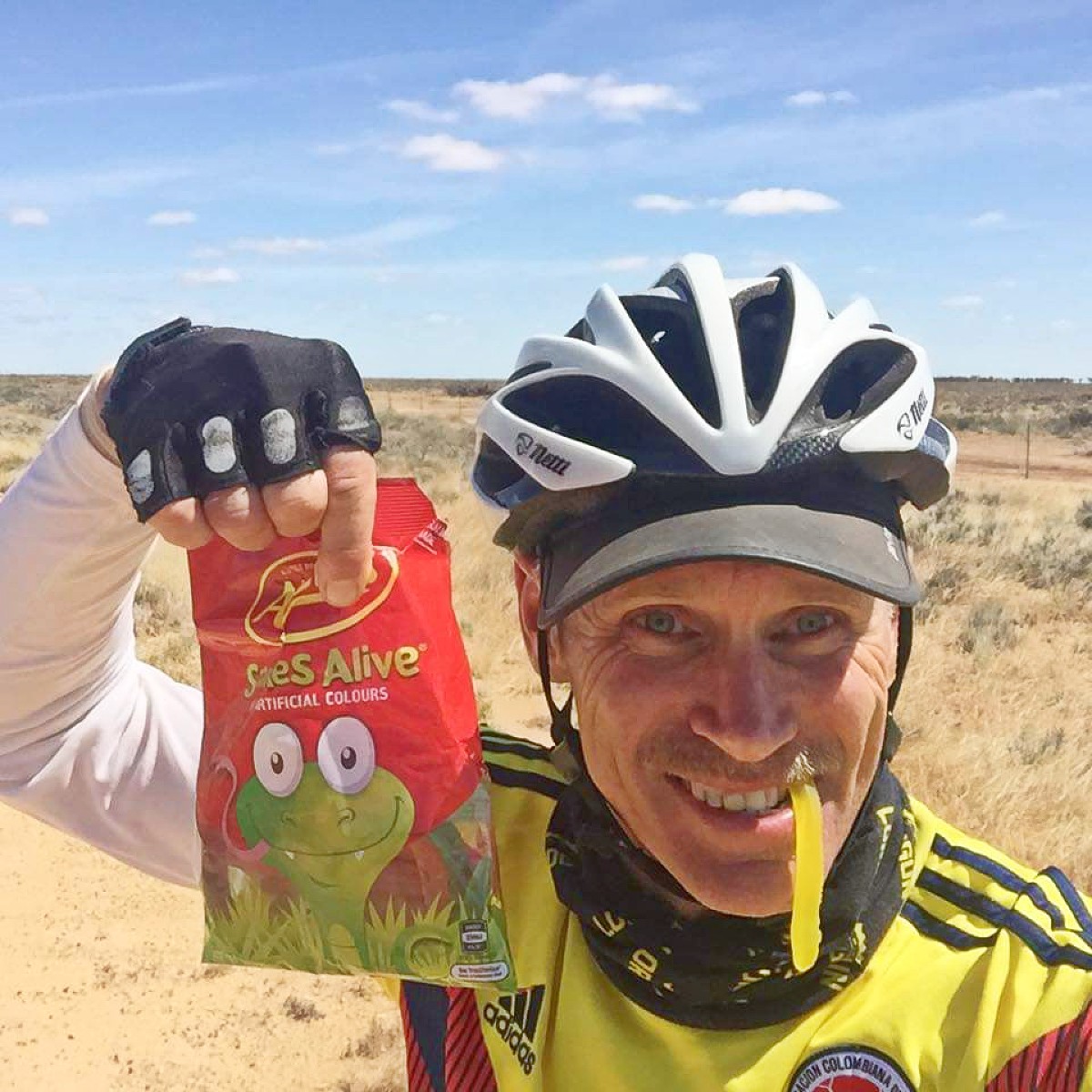 Home
Listen up
Neil hits the road to self-discovery

Dropped by to see an old mate the other day, only to find he wasn’t home.

He’d moved into a villa just around the corner and suggested some time ago that we get together for a beer.

Well, after 12 months or so, I figured it was probably overdue, but not only wasn’t he there — he wasn’t going to be there for another 12 months.

You see Neil has taken leave from work and pissed off on a cycling trip around Australia — yep, the whole 20,000 bloody kilometres.

Now, I’ve known this feller for a long time.

We used to play cricket together and our kids played together when they were growing up.

And I’ve never known such a naturally gifted sportsman.

A country boy, from Victoria, Neil “Mr Have-A-Chat” McKenzie, now 59, works as a financial manager in the public health system.

He’s one of the nicest blokes you’re likely to meet, but with his 60th birthday looming, he seems to have reached that point in life when it’s time to take stock.

Time to take time out from his 60-hour working week to figure out who he is and what he wants to do with the rest of his life.

Some might call it a mid-life crisis — if a trifle delayed!

“Long and short of it. At 59 I’m still healthy enough to do it, and I was questioning what my remaining years looked like, especially since I was working 60 plus hours a week” he said.

“Need to focus on me and what I want from life. There you go mate, that’s it in a nutshell.”

Last time I ran into Neil, he’d just returned from WA where he had travelled to compete in an ironman event.

Not just any ironman event, but the GWM Ironman Western Australia, a major fixture in the lead up to the world championships in Hawaii — a 3.8km swim, 42km run and 180km bike ride

He’d never done one before, had no preparation or special training in the lead up to the event, but still managed to finish the damn thing — the organisers thought he was certifiable.

Prior to his latest adventure, Neil undertook a couple of weekend cycling trips, plus one down through SE South Australia and Victoria about 18 months ago.

The Koga touring bike he is riding is worth about $5000.

It belongs to Neil’s son Josh and was sitting in the garage looking for something to do.

He has a Garmin to record rides (distance, speed, elevation) and upload it to Strava for friends in his riding community to see.

He also carries an emergency beacon, small solar panel and a couple of power banks to keep things charged, but that’s where caravan parks come in handy.

Neil downloaded some music and podcasts to pass the time, but hasn’t listened to them yet.

He’s just been enjoying the sounds of the countryside and chatting to people along the way.

Neil said the bike and gear is a great conversation starter.

“Dressed like I am, travelling as I am, and maybe even smelling as I do, the curiosity and generosity of people has been incredible,” he said.

“All wanting to know what, why, where, when, etc, and with offers of water, beer and even sausages and eggs barbecued by the river.

“And that curiosity runs two ways . . . everyone has a story to tell.”

If you visit Neil’s Facebook page, Neil’s on Wheels, you can listen to some of the impromptu interviews the cyclist has conducted with the people he has met.

He’s quite the philosopher too.

“A couple of nights back, on a long and isolated stretch of road between Quilpie and Windorah, I pulled up at a rest area for the night,” he said.

“While the road-train traffic had churned the surrounding gravel into a fine and intrusive dust, on offer were picnic shelters that provided tables, seats and a nice, inviting concrete base to lay my mat and sleeping bag.

“With any and all trucks having disappeared over the distant horizon, and the impending darkness slowly pressing down upon me, this space had become mine alone.

“I prepared my ‘bedding’, opting not to cocoon myself in my tent, but to simply find sanctuary in the comfort of my sleeping bag under the stars that were quickly opening up across the night sky.

“This presentation of light was beautifully accompanied by a symphony of silence, albeit I could hear my own heart beating under the warmth of the goose down as the breeze bit at my cheeks heralding the fact that winter was just around the corner.

“Add to this, the sweet smell of the surrounding Gidgee and Bloodwood trees I was provided with the perfect calm with which to gaze up into the heavens.

As Neil tried to find a comfortable position, laying on his back, pressing down into the wafer thin air mattress, he searched for the Southern Cross — the constellation Australians are all familiar with.

“It sat quietly, but confidently, above my left shoulder surrounded by a gleaming carpet of sparkling light, undisturbed by any form of artificial light or even of the moon which was nowhere to be seen.

“The night was dark but the stars were irrepressibly bright.

“As I became absorbed, wholly and solely, in the night sky and in that moment in time, I clearly drifted off to sleep, waking some hours later to find the Southern Cross had moved from my left shoulder to take up its new resting place just above my toes.

“Clearly, that iconic, starry formation, along with the rest of the universe, had pivoted around my resting soul.

“For a short time, I had allowed myself to be the most important being in my own world, something I and we don’t often do — I was the axis on which the (my) universe revolved.

“I’m not sure why and how, in this world of clutter and ever increasing pace, we don’t provide ourselves permission to put ourselves immediately into the present and to ensure our own health and well-being as being the greatest priority.

“This night, with absolutely nothing but the stars, the sweet outback aromas and a gently comforting breeze, I seized that opportunity . . . and it was special,” he said.

At the moment, Neil is somewhere on the road from Dysart to Moranbah, in the heart of Queensland coal mining territory, about 1600km from home in the Blue Mountains — headed for Cape York and the northern tip of Australia.

Follow Neil’s On Wheels on Facebook where you’ll find plenty of photos and entertaining videos that he’s made along the way.

CHECKOUT: Mike has a dinosaur named after him