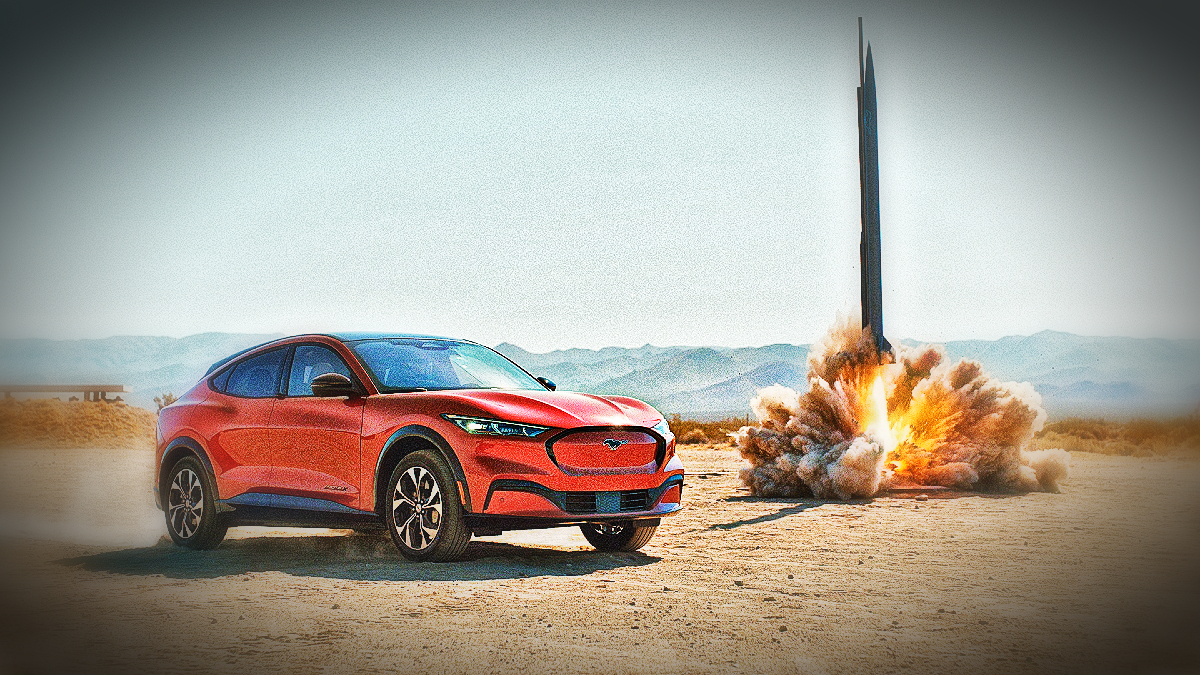 I remember sitting across the table from the head honchos at a Ford launch a few years ago in the United States.

When they opened the floor to questions, smart arse me put up my hand and asked innocently whether they had an electric version of the Mustang in the pipeline.

Well, you would have thought I’d cracked a huge joke. They all smiled and looked at each other, chuckling indulgently.

But you get my drift?

Suffice to say the Ford execs weren’t too interested in talking about electric Mustangs.

After all, all of them probably had a classic V8 ’66 Mustang back home in the garage (I don’t blame them).

Fast forward to 2021 and Ford has just launched a campaign to highlight the strengths of the all-electric Mustang Mach-E.

The campaign, Mustang Mach-E v. Everything, features a series of five short films that highlight the strengths of the Mach-E in impressive and visually captivating ways.

Why? To help shatter every misconception customers might have about electric vehicles by pitting the all-new Mustang Mach-E against the forces of gravity, lightning, a racing pit crew, DNA and even a rocket.

Well, I’ll be buggered! They did have one in the pipeline all along.

“Mustang has always been disruptive, and the all-new all-electric Mustang is no different,” Ford’s chief marketing officer, Suzy Deering, said.

“We needed a campaign that brought the spirit of Mustang to life in the most compelling, entertaining way possible. And Mustang Mach-E v. Everything does just that.”

“The Mustang Mach-E v. Everything name came about in part because of a rise in how customers are searching online.

“Automotive comparison searches using “versus” have gone up – specifically around electric vehicles – by 64 percent in the past year.

The campaign was developed by creative collaborator BBDO NY and 1stAveMachine directors, Aaron Duffy and Bob Partington, who are known for their technical approach to filmmaking.

Hmmm . . . I wonder what Ford’s response would be if I asked that same question now, all these years later?

CHECKOUT: Ford’s Model T — Mr Monk drives the car that started it all