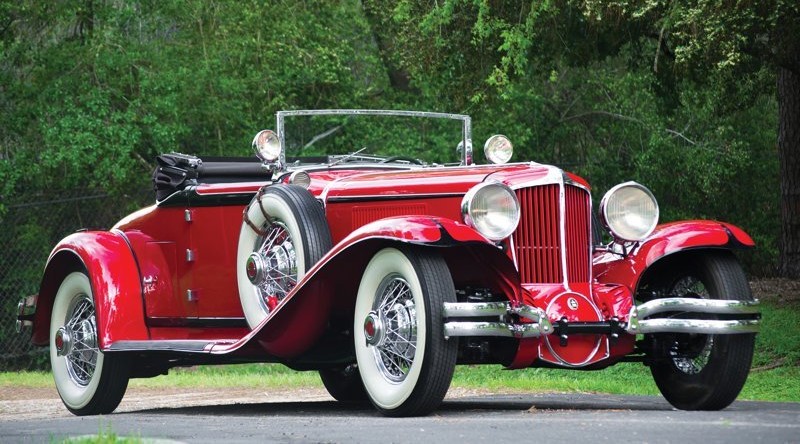 THE Brits might have had Sunbeams, but the Yanks had Moons.

The latter, produced from 1905 to 1930, were probably responsible for steering young Errett Cord into his illustrious automotive career.

Born in Missouri in 1894, his dad was a grocer and his mum a teacher, but young Errett dropped out of school to do his own thing, first trying his luck at selling used cars.

That wasn’t too flash, so he had a go at being a motor mechanic, then worked at a servo, then as a truckie.

But he still couldn’t find his niche.

He next got a job at an electric company, then became a bus driver, had a stint in a car rental agency and also in real estate.

Along the way he must have impressed a chap called Jack Quinlan, a car dealer he once worked for, who got in touch and asked if he was interested in buying part of his business, which had then just won distribution rights for the respected Moon cars.

They were well-made vehicles of medium price and had a loyal following.

Only about 10 of them are believed to have reached Australia.

It worked out pretty well for the young Mr Cord who earned good money working with Quinlan, but he always had an ear to the ground and learnt the prestigious Auburn Automobile Company was in a spot of financial angst.

So, in 1924, he stepped off his bright moonbeam and made Auburn an audacious offer.

‘Give me 20 per cent of the profits, let me make the decisions and give me an option to buy a controlling interest in the company’ was his bid.

Somewhat surprisingly, the board of Auburn agreed – provided he could save the brand.

By the end of the following year Errett Lobban Cord owned Auburn and before long he added a few more outfits to his portfolio, among them Lycoming, Duesenberg, Checker Cab, New York Shipbuilding plus a few more. All up, he owned 150 companies.

Then, in 1929, he founded the Cord Corporation and introduced the Cord L-29, the first car bearing his name.

It was a ground-breaking vehicle in being the first American production passenger car with front-wheel drive.

But later that year, the stockmarket crashed and the pricey L-29’s run came to an early end in 1931.

But things stabilised in the ensuing years, and Cord introduced the 810 and 812 at the 1935 New York Auto Show where they were an instant hit: under the coffin-nose bonnet was a Lycoming (aircraft) engine, the car had front wheel drive, foldaway headlights and dynamic styling.

Film stars, gangsters, politicians et al loved them – they could outrun and outcorner just about any other US-made car. If you wanted to be noticed, you drove a Cord.

Two years later he sold his company for several millions and delved into other areas once more, among them mining, before he quietly died in 1974, aged 79.

But the brand is being revived by entrepreneur Craig Corbell, who, in 2014, bought the rights to the Cord name and trademark.

In the past year, he and his colleagues have worked diligently on planning the next generation of Cords.

After realizing a void in the high-end, luxury three-wheeled vehicle market, they went to work on the Cord Model III, which retains much of the 812’s lines, but sans the Lycoming engine.

Instead, power will come a powerful bike motor – and there will be just one wheel at the back.

The small production run bureaucracy in the US is still shuffling paper about, but the Cord will definitely be back on the road, keeping the spirit of the adventurous Errett alive.

Cowboy hero met his maker in a Cord