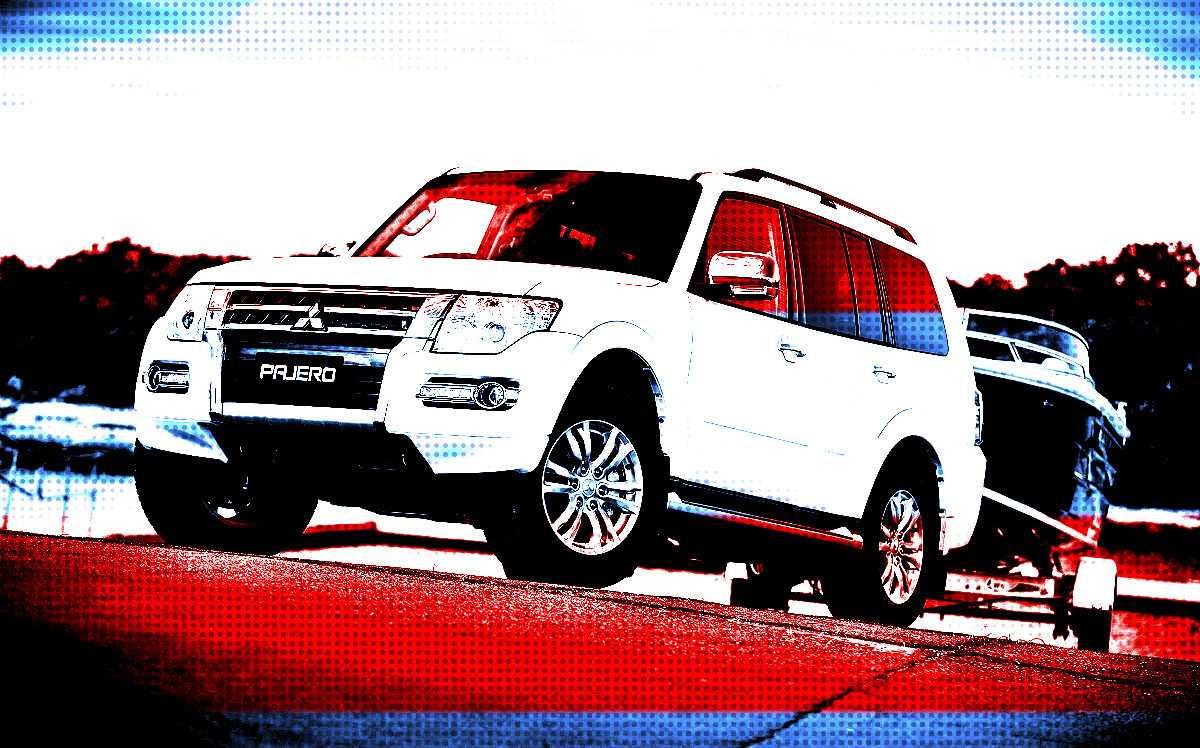 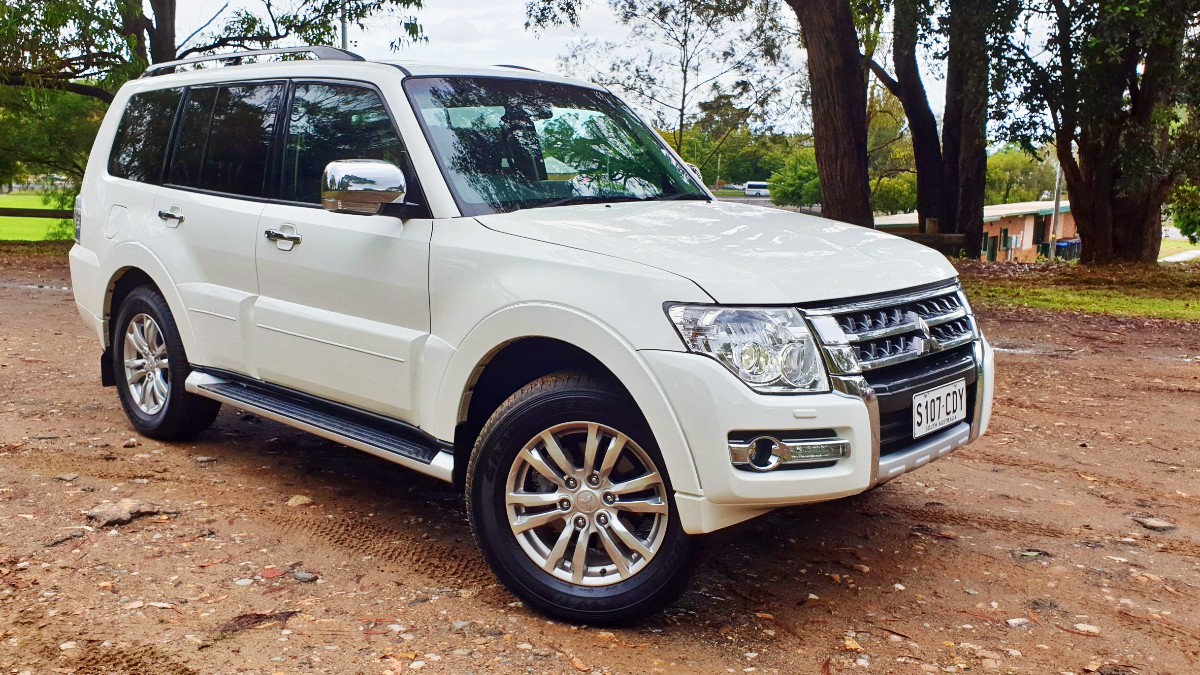 There are those, and in growing numbers, who sadly believe that dinosaurs do not exist.

Tragically, none of these poor souls will have ever encountered a true dinosaur, one that can cover ground easily and without fuss.

A dinosaur that drinks the juice of long-dead dinosaurs, and one that, even more tragically — will soon be extinct.

To quote from the Book of Mitsubishi: Chapter 32, Verse 5:

“Thou shalt have a horse of iron, and thy horse shall traverse all lands. It shalt seat two, or five, or seven. And thou shalt be happy.”

In real terms, genuine 4WDs are all but dead in the minds of buyers.

Two-wheel drive and torque-split all wheel drives have usurped the likes of Land Rover, Land Cruiser and Patrol — to the point that Mitsubishi has signed an order to cease production of the ancient, yet still capable Pajero in late 2021. 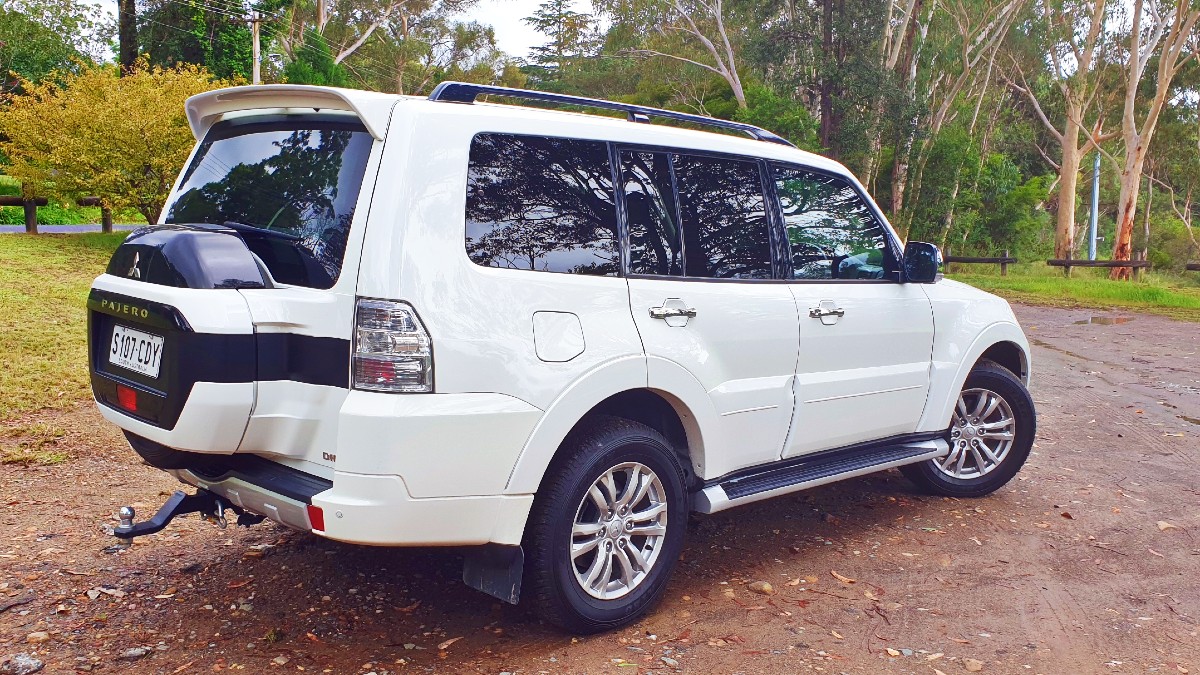 It runs an exceptionally well proven 3.2-litre diesel and a well past its use by date five-speed auto.

Equipment in the GLS sees modernity in a 7.0-inch touchscreen, with smartphone app compatibility and Rockford Fosgate sound, including a DAB tuner.

A top of centre stack display runs push buttons for info such as height above sea level, a barometer, and fuel usage — all displayed in Donkey Kong-like dot matrix graphics.

The driver looks at a pair of analogue dials that bracket a small centre screen which shows which wheels are engaged for drive.

This is done via a lever. No fancy-schmancy electronics here. There’s a centre diff lock too, none of this soy-latte torque-split stuff.

Aircon controls are how hot and cold, how hard do you want it to blow, and where. That’s it.

It works. The centre row passengers have access to a pair of dials with fan speed and a genuinely no-nonsense Cool to Hot measurement.

The driver has a power adjust seat, and all pews are cloth with leather bolstering.

They’re somewhat slabby, yet somehow never drain the driver to the point real fatigue is a problem.

The third row seats disappear underneath a carpet and they’re not the first word in being easily raised or lowered. But when they are, along with the centre row being folded — there is just under 1800 litres of usable cargo space.

The exterior has also, in real terms, remained largely unchanged for somewhere between 10 and 20 years.

Put it next to a Pajero from 2000 and yes, there will be differences — but the family lineage is very easy to pick.

A big blocky body, a large greenhouse, and an imposing 1.8 metre plus height showcase the base that Pajero has been built upon.

The only hint of modern times here are a pair of LED driving lights set into the front bumper.

Safety? That belongs in the hands of the driver.

There is no Autonomous Emergency Braking, no Rear Cross Traffic, no Blind Spot Alert, no Vehicle Ahead has Moved, no Traffic Sign Recognition.

Everything the Pajero GLS needs to be safe on the roads is left up to the person between the tiller and the seat.

Airbags and ABS are as hi-tech as it gets. 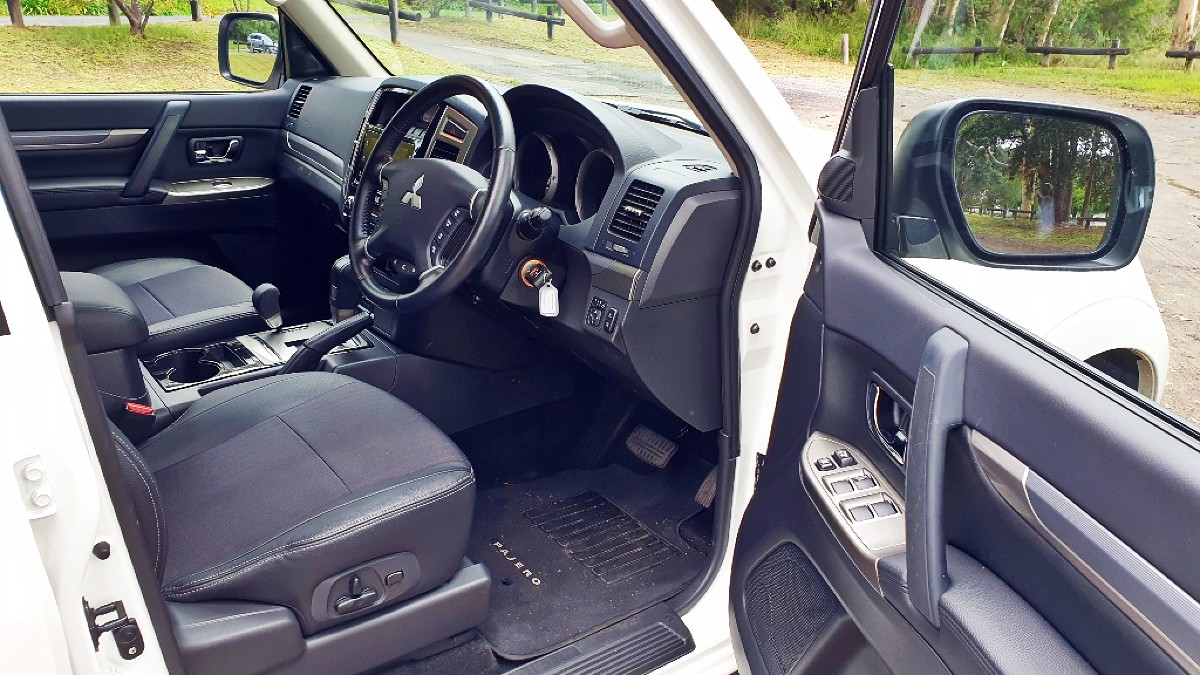 The number thou shalt count to in the language of torques is 441 and the number they arrive at is 2000 rpm, so piloting the 2330kg Pajero is like riding a diplodocus — easy going, unhurried, unfussed and without stress.

3.2 litres is the capacity of the diesel, and five is the number of cogs that are twisted.

It’s a smooth changer, the five speed, yet it’s been years since a five-gear transmission was offered for sale, as standard, by anyone other than Mitsubishi.

If we’d wanted to tow something, say, a pair of nodosaurs, 3000kg is the maximum you can tow. That’s handy, as a nodosaur weighed around 1400kg.

It’s that lumbering, low-revving, nature that ultimately endears the the Pajero GLS to a driver.

The throttle response is instant in the sense that engine revs rise with the slightest press of the accelerator.

Forward motion isn’t rapid, but nor is it glacial. It’s typical diesel with the linear delivery, but with just the five ratios, it means it’s a stretch to presume overtaking is going to be quick.

It matters not, because the Pajero stands up alongside the Land Cruiser and Rover, and the Patrol, as being an off-road brawler.

A gentle push of the lever, slide forward for high or low range four wheel drive, and the terrain beyond is there to be conquered.

Unhurriedly, readily, and without fuss. The stubby front and rear offer a 36.6 degree approach and 25.0 degree departure angle. 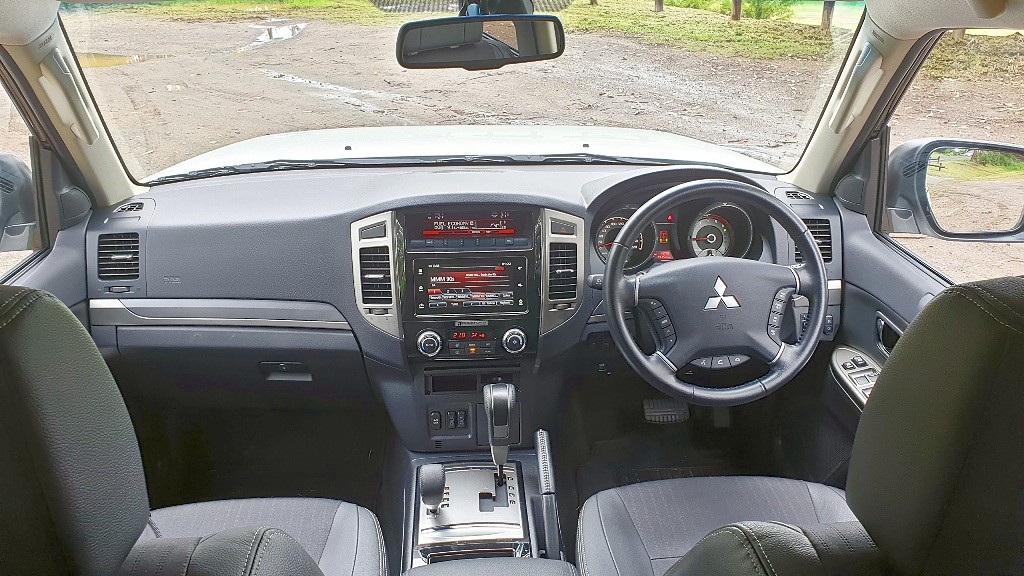 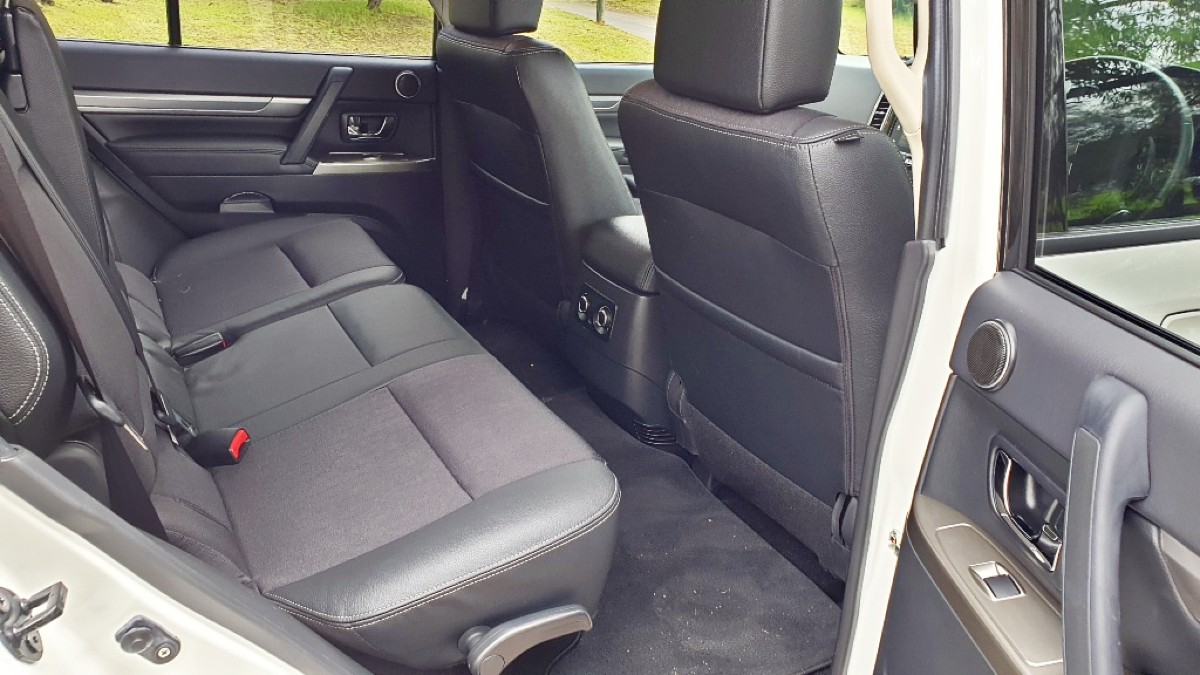 We’ve given the Pajero GLS 10 out of 10 for value and for one exceedingly simple reason.

It doesn’t overpromise and it doesn’t underdeliver. It gives exactly what it’s expected to give. And to paraphrase a certain comedy troupe’s lines from their first film — it is what it is. No more, no less.

It doesn’t matter what the price is, its value lies in perception and what it is perceived to be — its value is 100 per cent of what is seen.

Yes, it’s lacking severely in genuine safety equipment, but that is in no way a bad thing. It puts the onus of driving safely well and truly where it belongs — on the driver.

It’s ancient in design, ancient in looks and ancient in tech. Yet, much like the dinosaurs, it’s made its presence part of history, and will be sorely missed. 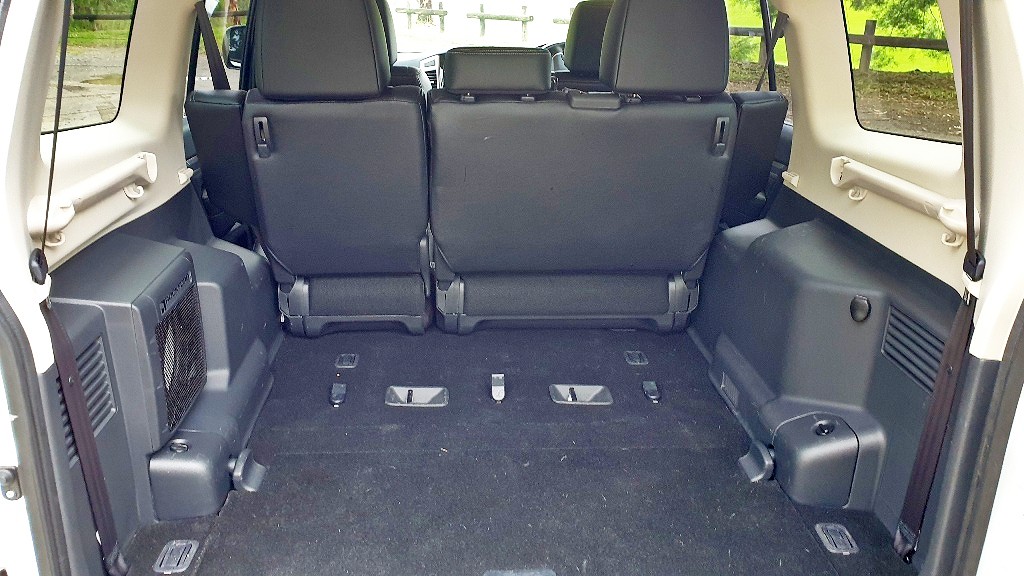 CHECKOUT: Mitsubishi Outlander PHEV: Now I get it

Check out deals on the Mitsubishi Pajero