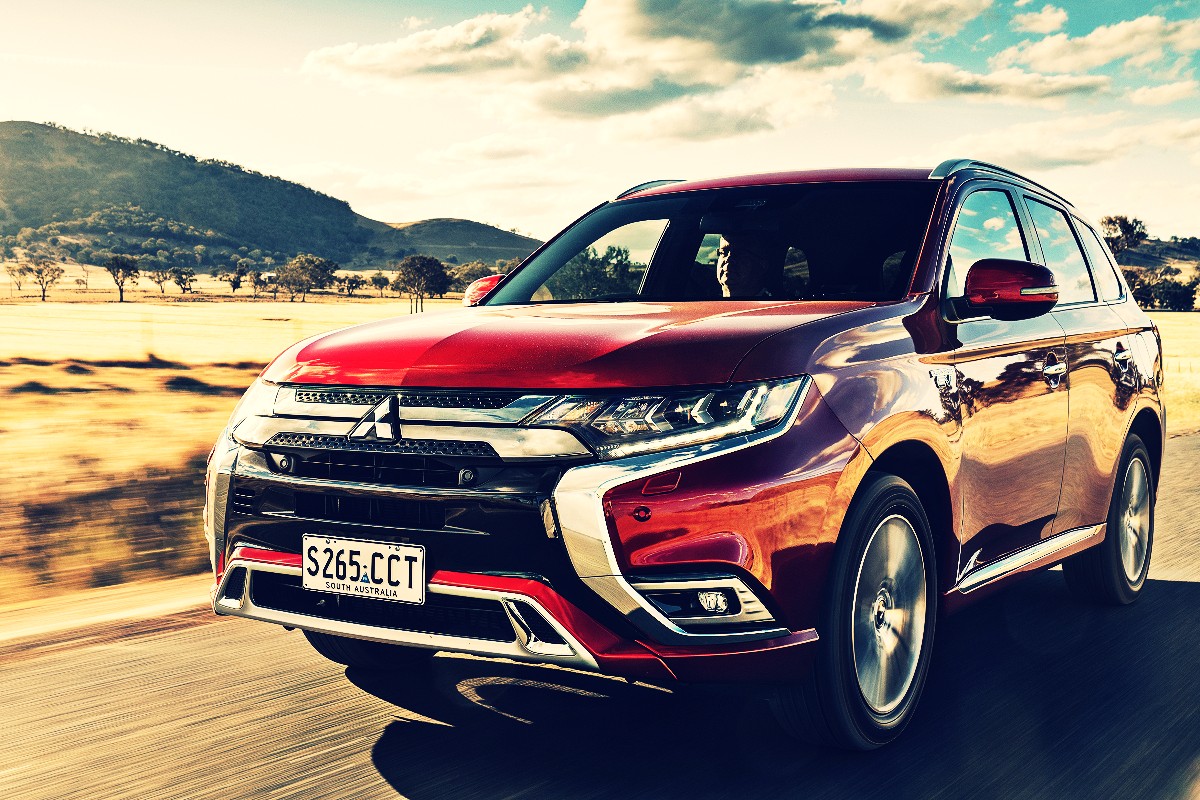 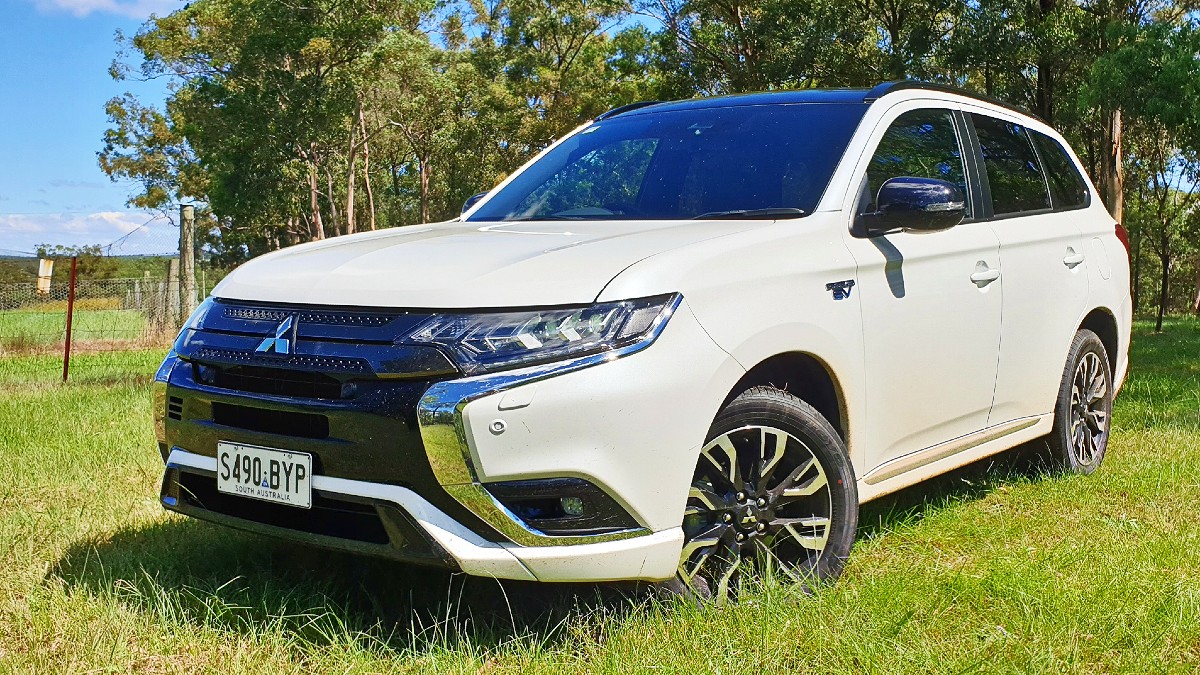 PHEV. No, not a misspelled Aussie Rules footy player’s name, but a Plug-in Hybrid Electric Vehicle.

As an adjunct to “normal” hybrids, these can be topped up like a pure EV. Plug them in, and the battery gets charged while its parked.

Mitsubishi was among the first to produce a PHEV and so far it’s limited to their mid-sized SUV, the Outlander.

With a new model on the way, the current one features the organic styling seen over the last decade plus the Dynamic Shield grille design.

For the moment ES, GSR, and Exceed areoffered — and the GSR is the one we’re testing 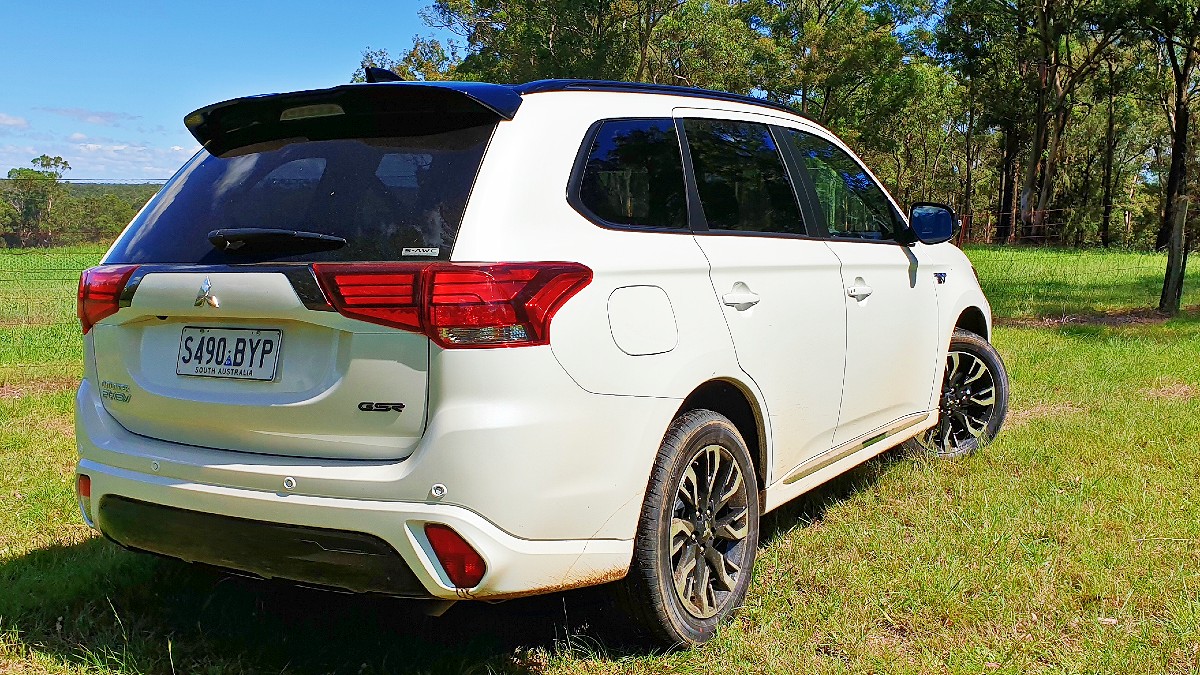 Bilstein dampers are included and the GSR badge harks back to the sporty Lancers and Galants of decades past.

There’s no doubt Outlander is in need of an update and as mentioned a new model is on the way.

The seats in the GSR are covered in water-resistant micro-suede cloth and feature leather bolsters.

They’re as supportive as they come, and electrically powered for the driver.

They’re heated up front too, unusual but welcome for cloth pews and they’re quick to generate heat.

There is only heating, though and the switches are rockers, with low or high settings.

Nope, no overload on USB ports throughout the cabin.

It’s a five seater only, and as a result, has a big cargo section.

Maximum capacity is 1602 litres. The cargo floor is a fold up affair and underneath is a selection of storage lockers to hold the PHEV charge cable.

Up front is the familiar rounded console with 8.0 inch touchscreen.

Where one would expect to see a rev counter, there is a dial that shows the needle in a position for the energy level of the engine, whether charging or engaging the 2.4-litre petrol engine.

The material is soft touch and the ergonomics have the buttons well spaced.

The steering wheel feel feels on the large side compared to other marques, but turn to turn lock is easier.

Head, leg and shoulder room for the five seater is huge with 1030mm and 1039mm head and leg room up front.

The charge port itself is on the right rear quarter, a slightly awkward spot — given that its not on the kerb side when parked.

This has pedestrian detection but not cyclist. Given the roads are 99 per cent cyclist free, it’s not a biggie but also means the organic safety component needs to be scouting forward. 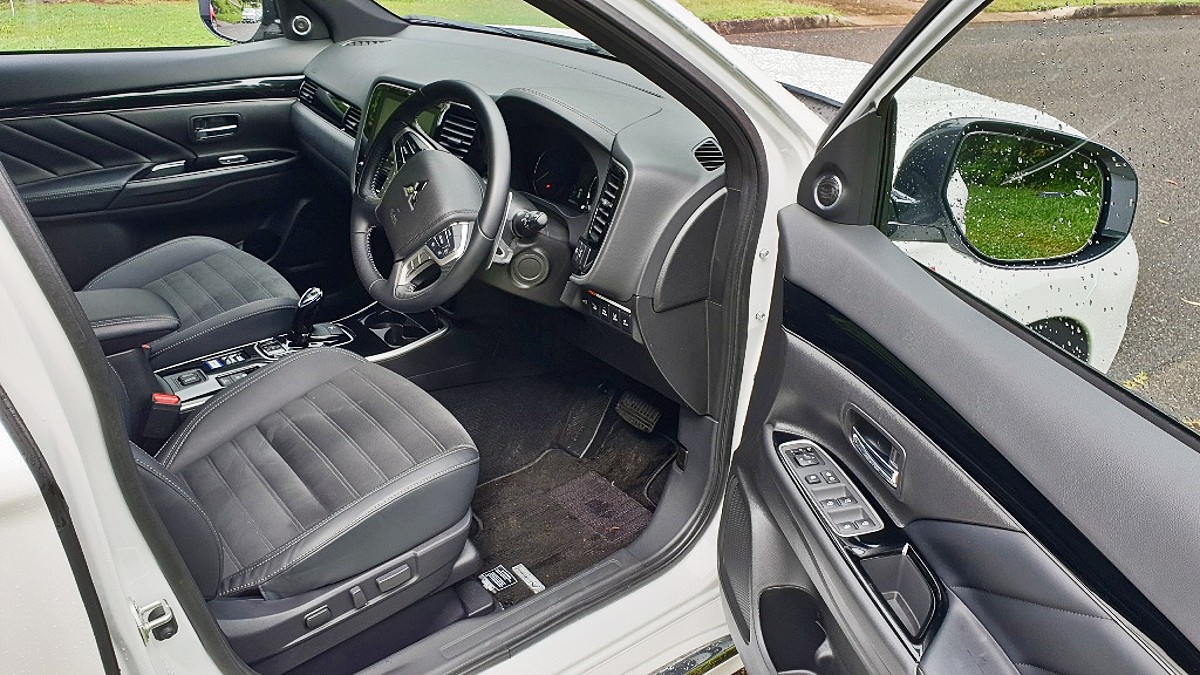 The electric motors offer 60kW (front) and 70kW (rear) and are charged via one of two ports on the rear right quarter.

The petrol tank is good for 45 litres and fuel consumption is rated as 1.9L/100km on standard 91RON unleaded.

Although Mitsubishi’s system constantly updates as you drive, in the Hybrid there are sub-menus to check charge rates, battery usage, and fuel over given times.

Our final figure would be somewhere around the 5.5L/100km mark if we read the graph correctly.

Acceleration can be brisk, on just battery power, and when the petrol motor kicks in there’s no real appreciable difference.

What the petrol engine does is charge the battery on the go and extend the range once the battery is drained.

The battery is rated at 12kWh and has an on-board charger rate of 3.7kW. Using a standard home system it takes somewhere between 6.5 to 7 hours to “fill”.

At full charge, the PHEV offers up to 55km as an estimated electric only range.

For Australia, a range of 100km would be better. As an example, from the lower reaches of the Blue Mountains to Sydney is something between 70 to 80km.

The plugs are Type 1 and CHAdeMO.

Drive is engaged via a simple lever with an electronic Park function.

There is also an adjustable Brake mode to recover more kinetic energy if possible. This works best on longer downhill runs.

Ride quality is on the firm side thanks to the sporting bent of the Bilstein dampers.

There’s enough initial compliance across most surfaces, the noise levels are quiet enough for driving conversation and body control is taut and level. 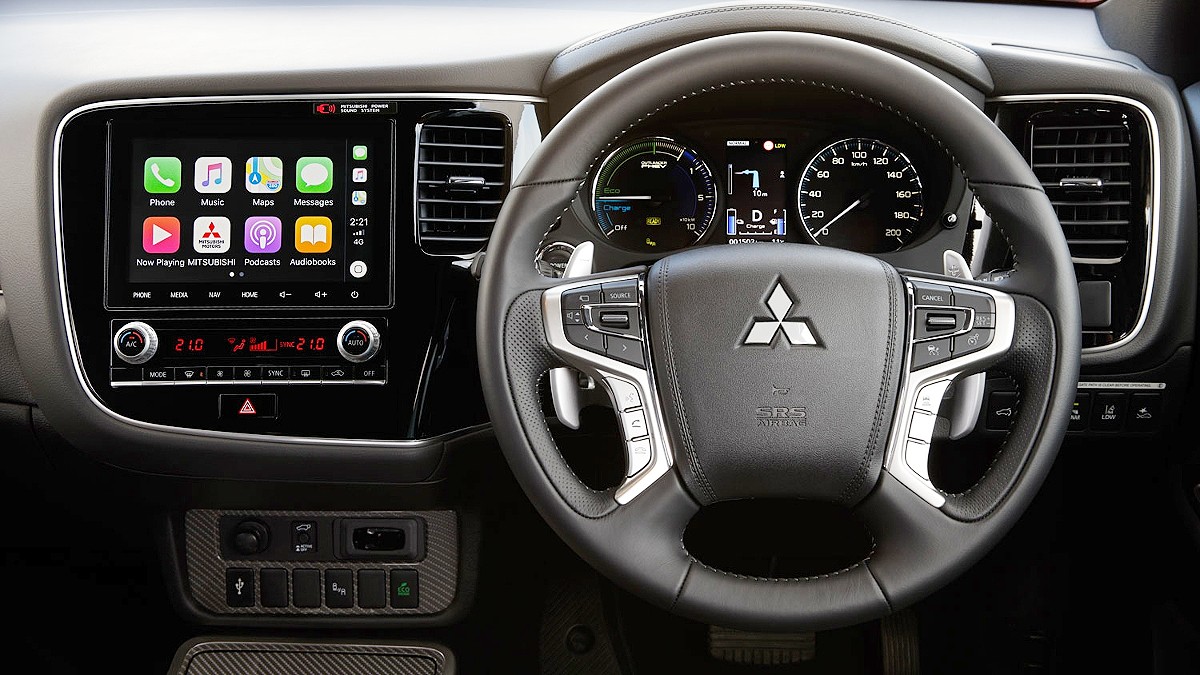 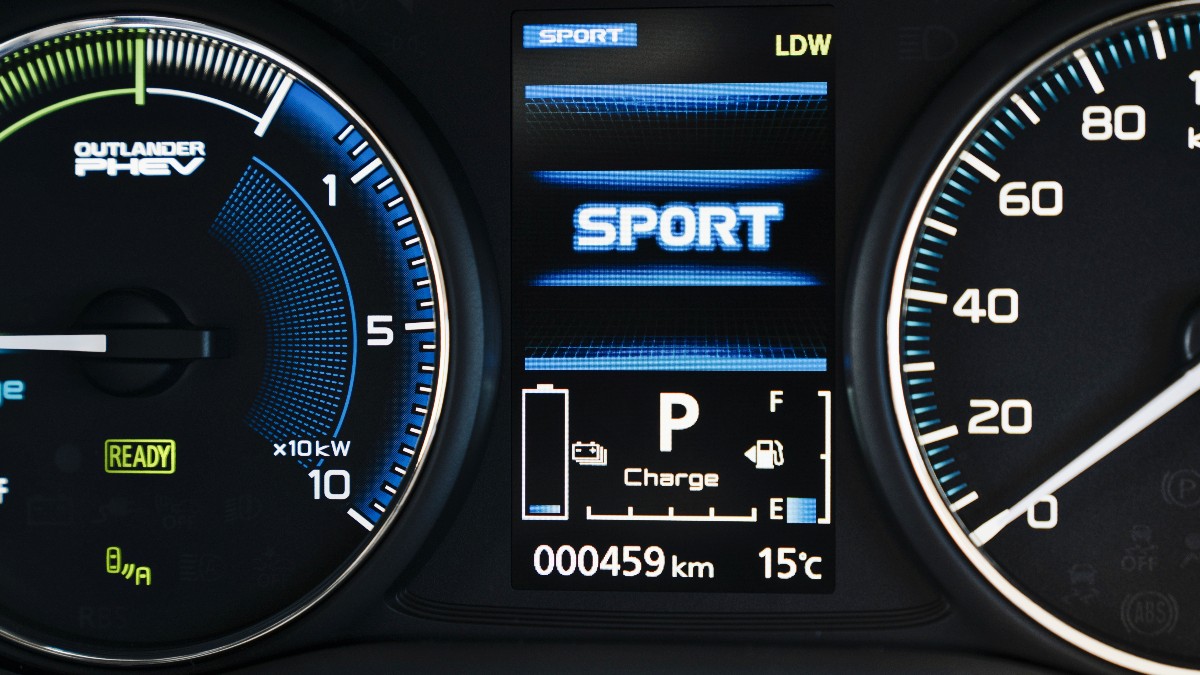 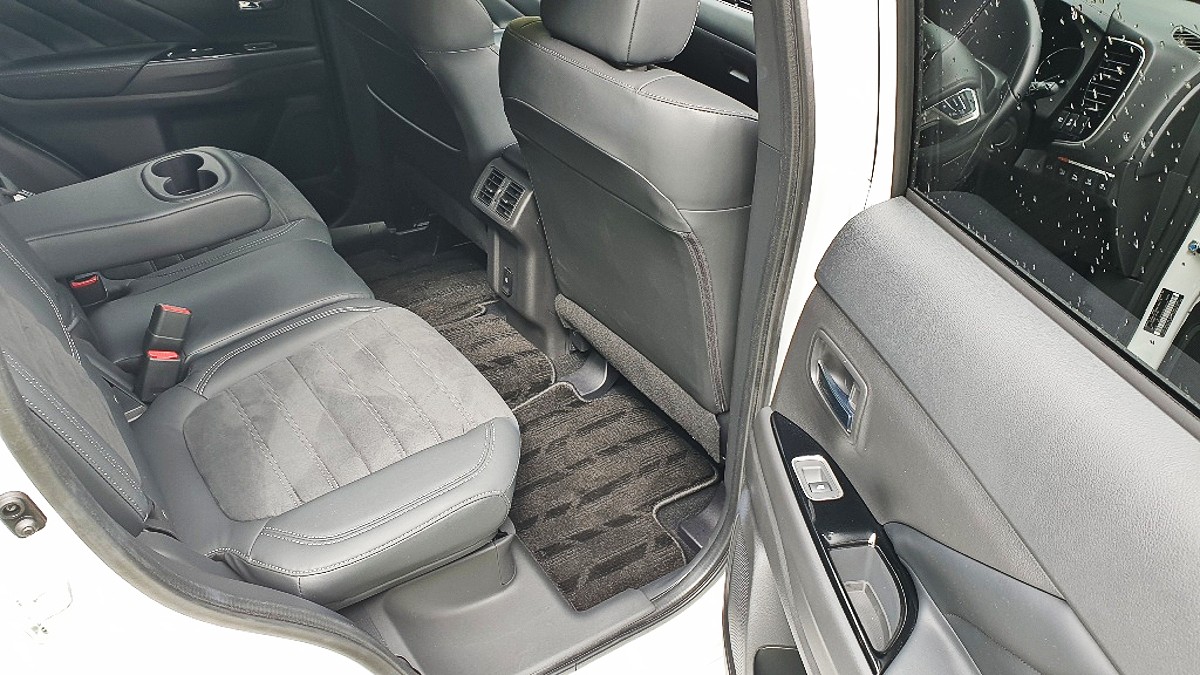 Outlander as a nameplate that is close to 20 years old.

It’s gone from a small, Lancer related, SUV with a four speed auto, to a midsizer that was also related to the Lancer, to a largish midsizer that features modern drive technology.

With a revamped and redesigned Outlander due later this year or early 2022, the niggles the current model has will hopefully be addressed.

For now it’s still a competent machine and in PHEV form, ideal for those seeking something larger than the erstwhile “city” SUVs — yet don’t need to travel long distances. 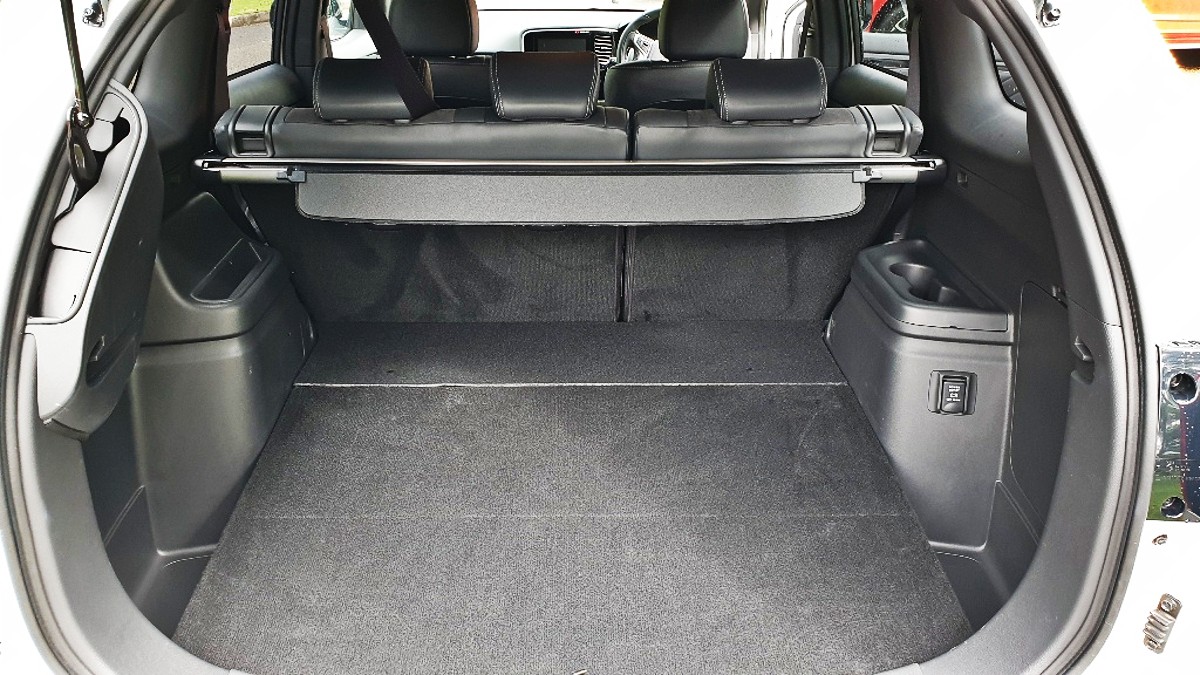 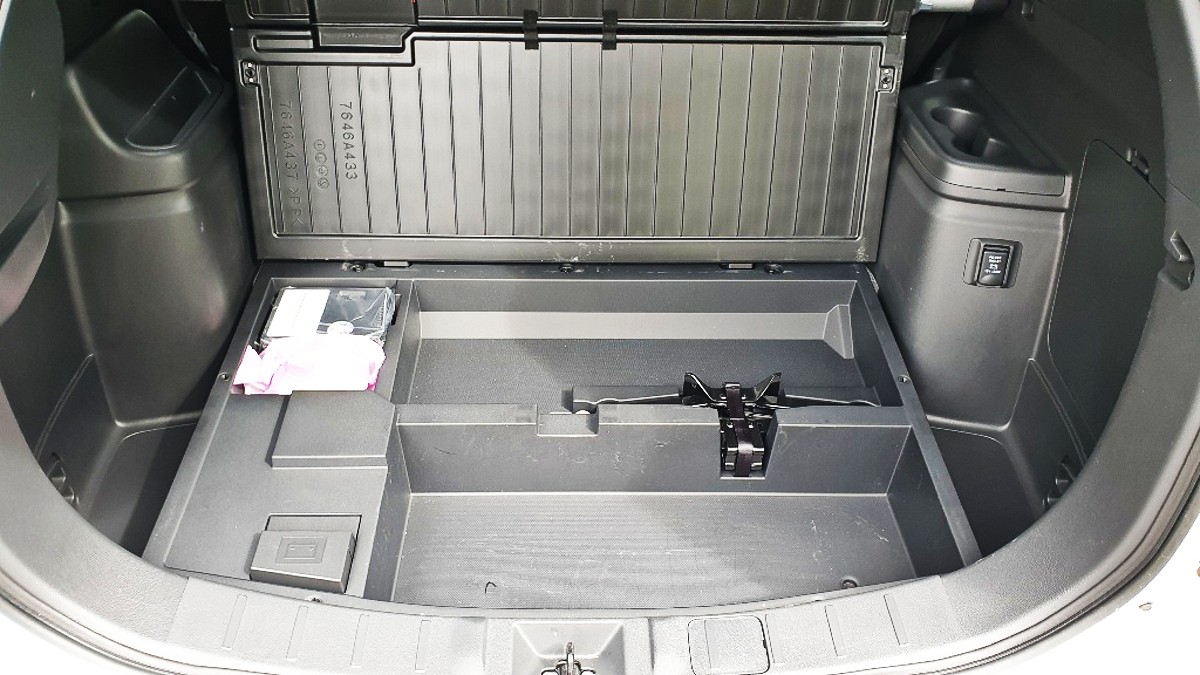